We need to start trying to understand our girls’ point of view, not simply throwing the book of Islamic etiquette at them.
aaa

These were the words of one young girl when asked how she feels about the hijab. At the tender age of 15, she is fighting the uphill struggle most teenage girls face; her parents want her to wear the hijab and she doesn’t. It is the common battle of wills between teen girl and Muslim parents, and the parents are losing.

We need to start trying to understand our girls’ point of view, not simply throwing the book of Islamic etiquette at them. I spoke to several young girls about their experiences with hijab and a common theme became apparent; these girls do not feel understood and many of them associate hijab with negativity and oppression. Those lucky to be taught the true beauty of hijab are few and far between, and even then they are fighting an internal struggle with the hijab for themselves.

Our girls & their hijab

I asked the girls what they thought of the hijab in general, whilst some only had negative things to say – feelings of dread, boredom and feeling ugly – other girls were able to take a step back from their own experience and recognize the beauty of the hijab and what it represents. They saw dedication and strength, especially in light of today’s often discriminating society. One girl admired those strong enough to embrace their hijab in the face of society’s challenges.

When asked why these girls didn’t want to wear the hijab, many of them simply didn’t feel ready. Feeling backed into a corner, they are developing negative associations with the hijab. Feeling forced and constricted isn’t the gateway we want to build for our young girls facing the hijab. Love of Allah, dedication to his commands and pride with their identity – these are the ideals we want them to experience, yet we aren’t communicating this well enough and we are leaving our girls feeling helpless holding a piece of cloth they have no desire to wear.

The commandment of hijab

I asked the girls what they thought of the ruling behind the hijab and why they thought it was such a ‘big deal’ to their parents. I received a variety of answers, all centered around “God’s rules” to protect women, to shield them from men looking at them. However, one girl believed that protection for women can easily be achieved through modest clothing as opposed to “drastic measures” such as the hijab.

Unfortunately, no one mentioned Allah in light of his Mercy and Him being All-Knowing. To them, God seemed to be an unknown entity that dictated rules and regulations. There was no mention of reward, of women of the past and why they may have rushed home to cover themselves once hijab was revealed.

Other girls didn’t believe the hijab was even a necessity at their age. They felt the hijab made them stand out a lot more, especially in today’s society. “There are plenty of girls out there showing more skin than I do.” One girl stated, “Surely guys would be more interested in them, rather than me with just my hair out”

Another girl had an explanation as to why some may not feel comfortable with hijab. “Girls should be given the choice after studying the reasoning behind wearing the hijab,” she said. “If girls are not comfortable wearing it and are forced to, it just makes them resent their parents for doing so and the religion.” 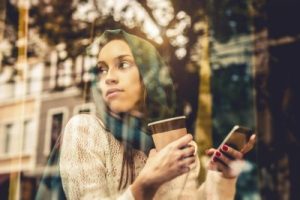 It was clear that these girls no longer feel comfortable wearing the hijab because of the way it has been delivered to them. “I don’t like it,” one girl admitted in exasperation. “I know I don’t want to wear it and I’m being forced. If I put it on voluntarily, I’d probably feel more positive about it.”

Unfortunately, our girls have to deal with more than their families when fighting the hijab battle. In a desperate attempt to flesh out their daughter’s understanding of why the hijab has been prescribed, parents use other people as an influence for their argument. However, in a world that preaches independence to young girls and not caring what other people think, this argument washes over them leaving little to no impression. If anything, it appears to fuel their dislike of the hijab and those who push for it.

When asked about reactions from other people when the girls are seen without hijab, there were two responses. Some girls felt the judgment and scorn from other hijabis, making them feel even more uncomfortable than they already do. However, some girls believed their parents made more of a fuss than anyone else. “I don’t think anyone bothers,” one girl told me. “My mum seems to judge other people without hijab even if she thinks she doesn’t. But there are so many girls who don’t wear it, especially in the Asian community, so I don’t think I stand out without it.”

What is the solution?

In light of all this, how do we encourage our girls to follow Allah’s commands and enjoy doing it? Fortunately, our girls actually have some ideas, if we can only take the time to listen.

“Don’t just tell young girls that they have to wear the hijab because it says so in the Qur’an. If the reasoning isn’t explained well, girls grow up just thinking that the hijab is a chore. Give them some literature on it, stories about why women want to wear the hijab, why Allah states that women must wear the hijab. […] Islam is not about forcing anyone to do anything, it should all be through their own will, knowing fully why they are doing this.”

One girl simply wanted the lectures to stop and was yearning for her voice to be heard. “Ask me my opinion instead of telling me yours.” She pleaded. 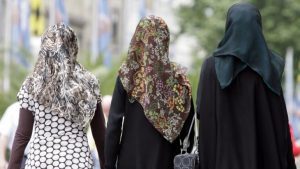 As parents, we can still provide loving advice and guidance, without strong-arming our daughters to our will.

Interestingly, many of the girls seemed to agree on one thing – they needed time; time to explore the idea of hijab themselves, time to research it and time to understand it. They wanted to develop the maturity to embrace their hijab positively and whole—heartedly, but they needed the room to breathe in order to achieve that.

I asked the girls what they wished to say to their parents about the hijab, and one outburst was quite moving. “Let me be!” she gushed, “Stop caring more about other people and care about my feelings instead. They [her parents] say it’s for my protection, but they also go on about what other people might think about me because I’m not wearing it. I feel like because they force me, as soon as I leave home or get married, I’m not going to want to wear it and then the older I get the harder it will be for me to start wearing it. It would be better for me to have my time now without it and then when I get a little older and can understand the situation better I can enjoy wearing it.”

Unfortunately, most parents expect their children to automatically favor Islam and its rules just because they were born Muslim. However, we should develop the mentality that our children need da’wah. You would not approach a non-Muslim woman and immediately scold her for her lack of hijab; you must first solidify her belief in Allah. Tawheed (Believing in the oneness of God) and understanding of Allah are essential foundations required to build Islamic practices.

Being stuck in purgatory between childhood and adulthood is often a confusing and frustrating time. Growing up comes with new emotions, new challenges and new responsibilities. Some girls manage the transition remarkably well and come out the other end unscathed. However, other girls have a rough ride.

It is shocking how many young girls feel unsupported by their loved ones, whether a parent or an older sibling. Now, this fact may upset many parents who bend over backwards in a helpless attempt to love, support and guide their daughters – but is it the right kind of support? Often, girls just want to be heard. They are being told to act like an adult, but unfortunately, once they state their own opinions, they are treated like children who do not understand the big bad world.

There is no denying that teenage girls have not experienced the world enough to understand the way it works, but they know how their world works. Attempting to understand them will provide our girls with the love and support they need to find their own way to the straight path. As parents, we can still provide loving advice and guidance, without strong-arming our daughters to our will. All the girls I spoke to expressed a desire to one day wear their hijab happily and with conviction, they just craved space and understanding to allow them to approach that decision on their own.