A little love and respect can empower a mother to experience her birth in an empowering way rather feeling intimidated and useless.
aaa

Childbirth is an honored time in the Qur’an. Expectant mothers, those who are in labor, those who are birthing their babies, and those who are in the period of post partum, are considered to be in the state of Jihad, an honored soldier in the path of Allah ta’ala – just for carrying out the dues of something that is completely physiologically natural.

The womb, in the Qur’an, is also one of the often-most mentioned organ in the Scriptures, indicating Allah (SWT) has designed and made plans for the womb, unlike any other organ, and we know for a fact, that the womb has its unique function of carrying babies to term and birthing them, as part and parcel of continuing the plight of humanity.

Besides that, Allah prides Himself of the entire design of pregnancy and birth, and in so many verses, He reveals how the embryo forms, develops, grows in stages, and is born at the prescribed date. Allah even tells us that HE is the one who delivers the baby. Centuries later, “modern science” has made many of these discoveries, only to find the complete revelation in the Qur’an, proof that there is a “Higher Intelligence” or “Supreme Being,” of an elevated status, that has already designed the entire process in a flawless fashion.

If there is so much honor in pregnancy and childbirth, one begs to wonder why women of today are unable to experience empowering birth experiences, even if they are challenging and intense.

More often than not, we are imbued with stories of trauma, fright, stress, injury, and even death. Consuming this constant stream of fearful stories has actually led to more problems during childbirth than we know. In fact, if children, from a young age, are constantly listening to birth trauma and horror stories, the stronger the retention of these messages becomes in their subconscious, and in the long run, turns into reality.

Is It the fault of women?

These messages however originate from an extremely deep root, from the mainstream belief that the Fall from Eden was the fault of Mother Eve (whom Muslims know as Hawwa), and thus, the curse of menses, pregnancy, and ultimately birth, fall upon women until the end of time.

Known as the “seductress,” Eve was tempted by the devil to eat from the forbidden tree, and through her allure, tempted her husband – Adam – to do the same. With this horrendously powerful message that women are inherently evil, or more inclined to evil, women of the childbearing age have carried this burden of blame, and through so, the “evils” of childbirth are manifestations of punishment for having humans procreate in this life.

This belief has spawned into generations of horror stories, passed down from one family to the next to the next, until it has become a reality – childbirth does feel like an extreme punishment for sins upon women. Quite clearly, I hear even more superstitions that if a woman is disrespectful towards her husband, her mother-in-law, her mother; her childbirth will even be more difficult due to the burden she is carrying.

Since when did Islam – the religion that elevated women to become their own individual people – become such a hateful religion against the daughters of Eve? It was never sanctioned this way in our faith, but Muslims haven’t been spared from this mindset, and coupled with cultural confusion of the ownership of women by her husband or family, the birthing mother is often seen as a burden upon all, and childbirth, her torment.

I strongly believe this is all in line with society’s obsession with controlling and shaming women. The mainstream media has lent its horrendous hand in painting childbirth as a morbid fantasy. Women screaming in pain, begging for mercy, close to death, are normal images we see in drama or Hollywood takes. It’s either that, or birth is turned into some comical farce, where the woman loses rationale and starts hitting out at every one. Sorry, birth is neither. It is neither gruesome nor a laughing matter.

Unfortunately, there aren’t any images of strong and powerful women bringing their babies earth side in a calm and peaceful manner, surrounded by people who love and support her unconditionally. Because of this, we are living the reality that childbirth has to be the bane of being the blameworthy women, and mothers are emerging from this experience is such a negative fashion  that it can hurt generations to come.

Women coming out of traumatic childbirths

“Suck it up. Just deal with it. It’s part of your ‘sacrifice’ as a mother.” 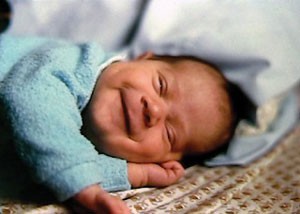 like a physical, mental, and emotional train wreck, yet those are the normal consolations when a new mother expresses her displeasure over her experience. I’ve also heard the demeaning: “Well, you can’t expect to get everything you want.” Worse still, many women are told that they are ungrateful and lack the sense of tawakkul (Trust In God) in Allah’s plan when feeling depressed. After all, what matters most is a healthy baby. The mother comes secondary.

It is true that a healthy baby is the telling sign of a birth “gone right,” but a healthy mother – one who is overjoyed and empowered – is needed to take care of the healthy baby, or the journey to motherhood turns quickly into a downhill route. Birth trauma is very real, but very few wish to believe and honor that.

Besides, the subconscious belief that birth has to be traumatic and nothing short of an imminent deathly experience, the rise of medical interventions during birth hasalso caused this natural process of bringing a child to the world go awry.

Routine interventions like vaginal examinations, inductions, augmentations, the artificial rupture of membranes, and episiotomies, (when medically unnecessary), not only work against the natural forces of birth – like the hormonal make up that Allah has given birthing mothers – but also cause extremely unpleasant experiences for women.

Being poked, pricked, and cut, is painful on its own, without even being in labor, which can be intense and strenuous. Similarly, medical protocol such as having the mother rendered immobile through the use of an IV drip, or a fetal monitor, and her legs up in stirrups, also cause extra discomfort upon the mother, who ideally should be mobile, upright, eating and drinking, and listening to her instincts, all while being supported by a birth team who is listening to her needs and wants, rather than dictating her every move during labor and birth.

A little love and respect can empower a mother to experience her birth in an empowering fashion, rather than one where she feels intimidated and useless.

Honestly, when women express their grief over their birthing experiences, it happens because they innately realize that they have been set up for a poor or bad experience and the same has violated their fitrah (basic nature) of feeling the closeness to Allah’s mercy. But unfortunately, these same mothers find it hard to express themselves in an unsupportive environment that believes birth should simply be, “like that.”

In the second part of this series, the writer who is a Childbirth Educator and Birth Advocate will share her experience and solutions with us.