They say, “Youth is wasted on the young”. There is some degree of truth behind these words.

Youth is that time of life that is bursting with energy and enthusiasm. It is charged with idealism, and fueled by a strong desire to pursue dreams in the pursuit of a bright and happy future, leaving no stone unturned in turning them to reality.

The energetic years of youth are often tinged with impatience and haste, based on desiring to see optimum results of endeavors quickly.

The one thing lacking when one is young, however, is the essential component of success that is foremost in imparting wisdom and knowledge to a person, and in acquiring which, there are no shortcuts: life experience.

Life experience has no counterpart or rival. It is because of this gem or treasure that older people possess more than their younger counterparts, that their advice and counsel is all the more valuable for the latter in making big, life-altering decisions.

Older People – Mostly All the Wiser

Nowadays, one of the greater obstacles that young Muslims face when it comes to marriage is the opposition they face from their family elders regarding their choice of spouse.

There can be many grounds for this opposition, e.g. race, ethnicity, cultural disparity, level of religious commitment, age difference, chosen profession of the prospective spouse, and family background, to name a few.

There are more chances of conflict between generations when they are not on the same page in other areas as well, e.g. lifestyle choices, frank and friendly communication, mutual respect and compassion, as well as moral and religious inclination.

For example, a young, single person might want to marry someone belonging to another ethnicity or religion only on the basis of sexual attraction/physical desire, and their parents might not agree with their choice because they can clearly see the red flags of incompatibility leading to future marital disaster.

If this conflict persists, the youngster might be ill-advised by friends or colleagues to go ahead with their choice of spouse and marry them any way, ignoring their parents’ opinions, and go off to live an independent life away from their elders’ eyes.

However, before any youngster decides to jump the gun in such a manner, and take such a drastic measure, they should pause and try to rationally and objectively reflect upon why their parents are refusing to let them marry the person they like. What are the reasons for their parents’ opposition to that person as a spouse? They should try to communicate in a calm and controlled manner with their parents to find about this.

Next, they should reflect upon the relevance, correctness and validity of their parents’ concerns. Nine times out of ten, parents are justified in their reservations about their adult offspring’s decisions, and want to protect their offspring from suffering and getting hurt ahead in life.

Their more advanced life experience enables them to see the long-term results and outcomes of the choices made by people during young age, and they are all the wiser because of it.

The only rare situations in which the opinions of parents can (and should) be undermined when a young singleton is seeking a spouse for marriage, is when their parents are non-Muslims, or much less religiously inclined than them, and their prime reasons for opposing an otherwise religiously compatible match, are purely worldly or cultural in nature e.g. the guy is too short, or he has too many siblings; the mahr (dowry) being given is not high enough; their daughter will not have her own home to live in after marriage; they only marry within the extended family, not outside; the girl their son likes (their future daughter-in-law) doesn’t yet know how to cook, or she doesn’t have a college degree because she is only 19.

As long as the reasons for parents’ reservations regarding their offspring’s choice of spouse are related to things that can change with time (e.g. educational qualification, visa status, professional establishment, size or location of residence, or living arrangements), a young singleton should not allow them to turn away good proposals. They should gently and respectfully educate their parents about the commands of Deen related to marriage, to persuade them to let the small things slide, and not stick to rigid and irrelevant cultural traditions.

The best way for a singleton to deal with marriage proposal conflicts with parents, is to regularly turn to Allah in earnest and sincere istikharah prayers, to supplicate for the best decision and decree regarding their marital future.

Single people should remember that, even though it might outwardly seem as if their parents are in-charge of their future, and are turning away perfectly nice proposals for trivial reasons; ultimately, all matters related to their future provision and decree have been preordained by Allah, and nothing can turn away from them that which is written for them — not even their parents, who are standing firmly at the helm, ‘steering their life boat’, so to speak.

The Quran enjoins marrying chaste women from among the believers, only after gaining the permission of ‘their people’ (using the Arabic word “ahl” to describe her guardians/family):

“So marry them with the permission of their people, and give them their due compensation, according to what is acceptable..” [4:25]

To a newbie in Islam, it might seem outwardly ‘unfair’ that a women needs her guardians’ approval before marrying someone she wants to, whereas a man can go ahead and marry a chaste and religiously committed woman even against his parents’ wishes — although it is not at all recommended for him to do so.

One cursory look at ‘free’, secular and liberal societies where women are supposedly ‘free’ to marry whoever they please, or rather, men are ‘free’ to marry any woman they choose without seeking her parents’ approval first, will give us a clear picture of the inherent wisdom behind Allah’s command that is highlighted in the verse of the Quran above. 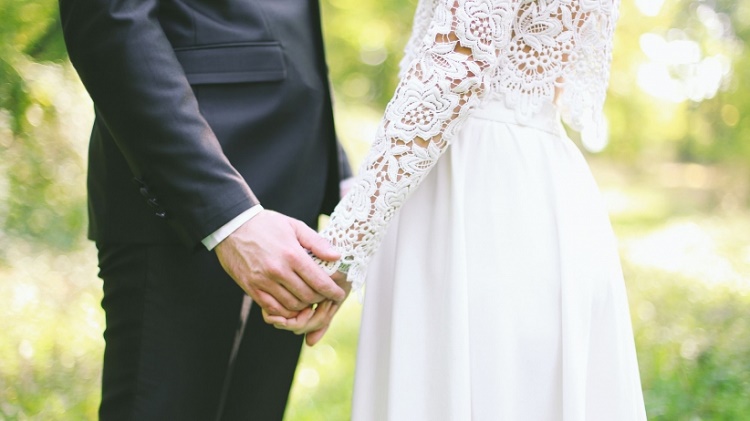 Fact: Women are the more vulnerable partner in marriage

Women are more prone to being emotionally and physically abused by husbands than vice versa, because the latter have been given more physical strength and emotional indifference as compared to them.

What this means is, that it is relatively easier for a man to roam around more freely outside in the world, as he is less at risk of harm to his self or life, and also because he never gets ‘tied down’ with the responsibility of child bearing and rearing as a result of his marriage(s).

Men in ‘free’ societies thus end up ‘enjoying’ one no-strings-attached sexual relationship after another with women, without committing to marriage or child maintenance (if a child is born).

Women, on the other hand, not only endure the physical rigors of pregnancy and birth if they conceive a child, but they are also unable to work at physically tasking jobs that require hard labor and constant travel, while simultaneously catering to full-time child rearing.

This narrows down their professional options in seeking suitable employment that will provide for them and their children without physically taxing them beyond their limits, such as office-desk jobs.

The ‘freedom’ from parental permission before marriage or romantic relationships with women, mostly leaves them as single mothers carrying a double burden: that of breadwinner as well as child-rearer.

Because of these physical and physiological differences between men and women, if the latter were easily available to men for marriage without the prerequisite of seeking their guardians’ approval first, it would allow men to go around marrying and divorcing women at their whim and fancy, without taking on the responsibility of their financial maintenance and that of their children.

It would allow men to marry anyone they want, and later on abandon her — when the onslaught of pregnancies and the addition of little children made her less sexually accessible and pleasurable, and more expensive to maintain.

Just taking a casual glance at the social dynamics of secular, “free” societies nowadays, where men do not need the elders’/guardians’ permission to court or marry a woman, and looking at how the women in these societies work full time as single mothers, compromising on their children’s upbringing by placing them in daycare because they have to go to work to provide for them, will make us appreciate the command of Allah that deters men from using women just for pleasure and procreation and guards single women like jewels, not available for all and sundry to use and discard at will.

Both the single Muslim youth today and their parents should aim to strike an optimal balance when the time comes for them to marry, which allows their parents to be involved in their choice of spouse, yet provides them with enough freedom of choice to not feel restricted due to adherence to obsolete and trivial cultural and worldly beliefs.