Single men consider it their God-given right to be picky about the traits of their future wives, especially regarding her youth and beauty.
aaa

“She should be a good cook.”

“We won’t mind if she works and contributes to the household budget.”

“What is her height?”

“She should have done O & A levels, because they provide a solid educational background.”

“She should have a degree from a good university.”

The list is seemingly endless. It’s no secret that, when it comes to seeking a wife, the older the bachelor, the more ‘requirements’ he has.

When one hears such questions and demands from the family members of a “young” gentleman who is looking to get married, one might naively assume that he is what is known contemporarily as ‘an alpha’ male: a highly eligible bachelor still in his twenties, who possesses all the traits that any girl could possibly want in a prospective husband.

His long list of demands and requirements for his future wife, particularly in the youth and beauty department, make it appear as if he is devoid of any major physical flaws or personal shortcomings himself.

Else, why would he be seeking an alpha girl to become his wife? – Someone very young, pretty, skinny but healthy, tall, fertile, righteous, shy, chaste, highly educated, and belonging to a high-ranking, honorable, and well-established family. Who will not only bear and conscientiously raise many children, but also hold down a well-paying job and manage her home simultaneously, and stick by her husband’s side through thick and thin, no matter what happens.

However, more often than not, after the preliminary negotiations and basic information exchanges are carried out via the first phone call, families of single young women are in for a rude shock when they actually meet the picky ‘young’ bachelor gentleman in question who desires such an alpha wife for himself.

Half bald and portly, with a bulging belly and prominent double chin; middle-aged, i.e. in his late thirties or early forties, stuck at mid-managerial level in his company since years, still living with his parents and four other siblings in an apartment or small villa, stuttering self-consciously as he talks (if he is allowed to talk at all by his controlling parents), as the girl’s parents probe further, they may also find out that he is also divorced, and/or the father of a child.

However, such revelations are only reserved for those parents of girls who are brave enough to dare and pick up the end of the carpet to look at what has been brushed conveniently underneath.

Most such eligible bachelors do not enjoy entertaining any questions about their own character, family background, history, educational qualifications, or career, when it comes to marriage negotiations.

Any hint of excess probing by the girl’s family, and he is out their door, off to examine the next specimen under his radar. 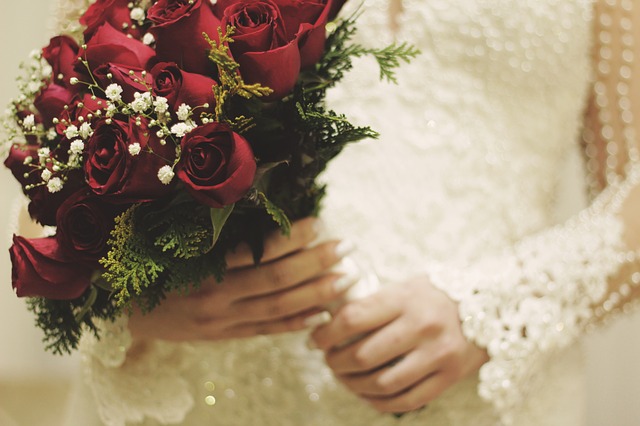 The question is, why?

Why do we, as a society, allow our single men to become picky and choosy about their wives?

As far as the marriage process is concerned, why do we allow girls to be treated like a commodity that is bartered in the marketplace, with their physical traits, achievements, and other characteristics displayed and discussed with others like an item being offered on a menu card, catalogue, or registry, reducing her worth to a consumer product that is available for purchase?

Single men consider it their God-given right to be picky about the traits of their future wives, especially regarding her youth and beauty. They are passively allowed by everyone in their family to list out their ‘requirements’ for wife, whereas most family elders are more than well aware, due to their own years of marital experience, that most of these requirements do not contribute to the long term happiness of a marriage.

I think the most pivotal reason behind the demands meted out by older single men when they go around looking for a girl to marry, is that they are brought up to believe that they can get whatever they want simply because they are male, and hence, in a ‘natural’ position of authority to issue dictates and make all decisions regarding their lives. The older they get, the more rigid they tend to become about the traits of their desired wife, despite a dwindling of available options.

Such men are the young boys of yesteryear, who were subtly brought up to believe that since they are the ones pursuing a wife, they can demand whatever they wish as they move around perusing what is available, much like a high-maintenance customer tries on (and rejects) multiple ready-to-wear outfits or shoes at a swanky designer-label outlet.

The mindset is, “I am the one who’ll be dishing out the moolah and occupying the position of authority in this marriage, and I have many available to choose from. Hence, I will be picky about what I want. I don’t like this one either. Next, please.”

They forget that, unlike the rejected pile of clothes at the store, the girls they go around “looking at”, have self-esteem, self-respect, feelings, desires, and dreams of their own.

Women should talk sense into their single mahrams

Every demanding, picky and hard-to-please single man out there who has a penchant for rejecting girls on flimsy pretexts when searching for a wife, was probably raised by an older woman or two as his mentor when he was a child viz. his mother, grandmother, aunt, or older sister. Every such man still has several mahram women in his family who definitely exert some degree of influence over his thinking, mentality, attitude towards women, and beliefs about married life.

It is sad to see women shift gears and go into a different mode of attitude when they are out looking for wives for their sons or brothers. Why do they resort to the same behavior that they would have found offensive or demeaning, when they were receiving proposals themselves as young, single girls?

Why do they stand by mutely and passively allow their son/brother to demean their own gender? Aren’t women supposed to be one sisterhood, defending each other’s status and rights?

Shouldn’t we, as the mothers and sisters of men who are looking to get married, mete out the same respectful attitude towards the daughters and sisters of other people, which we would want bachelors and their families to show to us, when we, our daughters, or our sisters receive marriage proposals?

Whilst looking for a wife, a man listens keenly to earnest and sincere advice from his mother, sisters, aunts and grandmothers about who to go for. If not at first, then eventually. Their say counts.

Further, the tarbiyah i.e. the character building and moral training of all young men starts early, during their childhood, when a mother starts to teach and guide her son about how to behave towards girls and women.

Whatever she allows him to do towards herself and his sisters, and whatever she doesn’tallow (by drawing a strict line), goes a long way in determining what and how he will behave towards all other women when he becomes a man.

In order to one day have a marriage proposal process in place that is more inclusive of girls and women of all ages, sizes, complexions, lineages and educational backgrounds, us women, as mothers, have to start working for change at the grassroots level.

Let our sons embody the change (in single) men that we want to see one day.