Two wives chat about their experience in marriage, discussing how marital life has turned to be different from what they imagined as young ladies. Then, a husband joins the conversation and represents the other party’s voice.

Dalia: Most of us women come to a sudden shock right after marriage because of having great expectations, which turn to be illusion when we face the reality of marriage!

Sarah: Well, I agree with you. Unfortunately this happens to most newlyweds, who wake up to the shocking reality that marital life is totally different from any imagination. They think marriage is all about sweet words, coming from sugar-coated mouths, without any string of responsibilities, and that is the real problem!

Muhammad: It all depends on your partner…Perhaps what causes problem for some wives is their failure to clarify their expectations at the early period of marriage and correct their men’s behavior as things progress and vice versa. The first year of marriage is said to be the most important one since it is a discovery process for both couples. I feel each couple could turn this experience into a successful one by understanding the other side and work around what they like and dislike.

We don’t live in a perfect world so do not expect perfection; rather accept your partners with their flaws the same way they accept yours.

Dalia: I think one of the most important reasons that lead to shocking outcomes in marriages is that many couples spend the engagement period talking about feelings, or how to get closer to each other, but they don’t give enough time to discuss their future life together in terms of general rules and principles.

I can’t remember that I have discussed with my husband (before getting married) how we shall manage our disagreements, nor even put our heads together on what are the limits for each party in this regard. Of course, this is the first thing we were obliged to discuss after marriage.

Sarah: Frankly speaking,, I was one of those women. All what filled my head during my engagement was the joy that I finally found my other half. I spent the whole period having romantic dreams about my man, without giving any time to think about marital problems, I was also very busy preparing our new home.

During our engagement, we went through some problems, which made it clear to us that discussion is the most effective tool to the success of our relationship.

Muhammad: Ideally, during engagement, couples need to discuss almost everything in life; this way there are no surprises. After all, engagement provides a chance to know the other person better and really find out if there is a strong match; otherwise bail out before it is too late.

In general, women outweigh men in terms of being romantic, thus men tend to express themselves more physically, and majority of them totally resign to the fact of being married, so why should they show love feelings to wives, or even uttering the phrase “I love you” is meaningless and unnecessary to others, believing that’s women business to find that by themselves

Eventually it will ring a bell and some men might react, but don’t expect that behavior automatically. Men are not programmed that way; their romantic chip is messed-up in general.

Dalia: A friend of mine once told me about her shock when her husband asked her to share the household expenses with him because she had a job, he thought that it was fair that he shouldn’t be responsible for all the financial obligations while his wife was making her own earnings

Sarah: And how did she react?

Dalia: Actually, she was shocked to hear this.. That wasn’t part of their discussions before marriage and she believed that a husband is totally responsible for all life expenses. Actually, she was taking it for granted! 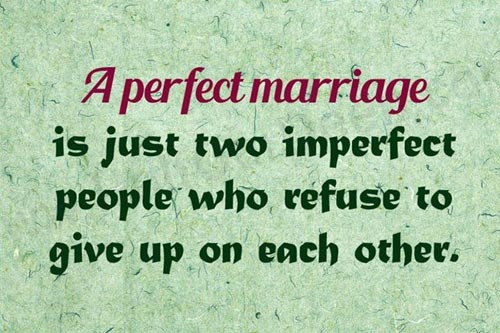 She told him what she believed and he was not convinced. So, she proved to be cunning enough and gave in to her husband’s request, but in return, he should also share in housekeeping, , i.e. he would take shifts with her in cooking, cleaning, and buying grocery

Sarah: This is funny, but fair.

Dalia: Oh Yea, but of course this option didn’t work for him, and thus, he was convinced that life expenses are his responsibility as the house work is hers.

Sarah: I totally agree with your friend, the husband should be the one who is responsible for all home expenditures, and the wife can voluntarily help in expenses if the husband’s income is not enough to provide for a better life. I think this is what our Islamic teachings say. However, I sometimes feel that men tend to be picky in Shari’ah related issues. They speak very well about things like polygamy and ignore many other important things like a man’s total responsibility to provide for his family.

Muhammad: In Islam, it is man’s duty to provide for the family. When wife shares financial responsibility, her
reward is much greater, since she is going beyond the norm and offering her money which she has a full right to keep for herself.

A woman with such a character is doing charity every time her money is used to support the household. The same way the Prophet (PBUH) had explained that a man is doing a charitable act when he feeds his family. Here, if a woman does that, she is considered as playing one of man’s roles out of compassion and mercy.

We also have to keep in mind that if a woman does that, she should not take this at her husband any moment there is disagreement, this will be extremely humiliating for a man.

On the flip side, when a man helps his wife in the household, he will also get rewards for doing so since this is not his major duty. The Prophet (PBUH) used to help his wives in doing the house chores, and he did so making it a duty and teaching his followers to do the same.

However, some men see it humiliating for them to do house work and feel that this type of work is not befitting. Well if it was befitting for the Prophet (PBUH) then it is befitting to all men.

Dalia: Ah, this is an issue; I agree with you that sometimes they just want to remember their rights and forget about their duties.

Another thing that really makes me furious at men is that they always give themselves the right to look at other women,, not hiding this from their wives, and even sometimes going as far as asking their wives to imitate those women in fashion or hairstyles

Sarah: Same applies to me. I also get mad when I see some husbands getting carried away by ladies, in front of their wives. It really provokes me how such men fail to care about the feelings of their wives.

Dalia: When my husband says that he likes this woman’s hairstyle or so, I tell him that I like this guy’s look.

Of course, I know that it is haram (forbidden) and we should lower the gaze, but I just want to tease him, and it doesn’t mean that I really like the guy’s look!

Muhammad:  A man should never express his admiration of other women in front of his wife. If he wishes his wife to have a specific hairstyle, he should simply tell her that she looks better that way.

Men don’t realize how jealous women could get, so any such conversations should be definitely avoided. A husband should not even joke about getting another wife, most women will not take it well and it will kick-off a disagreement.

A man should occasionally tell his wife how pretty she looks and she should tell him how handsome he looks. Mutual appreciation brings the couple closer to each other and strengthens the marital relationship.

Sarah:  Tit for tat, you know I feel that most of our reactions – wives- come as a result of our husbands’ behavior. When they are kind, we do our best to be tender and nice with them and when they are not, we feel depressed and disappointed and start to take action to provoke them!

However, on the other hand, we should try to do anything that pleases our husbands and what find attractive in other women in order to make them happy. I think we are obeying Allah as such. 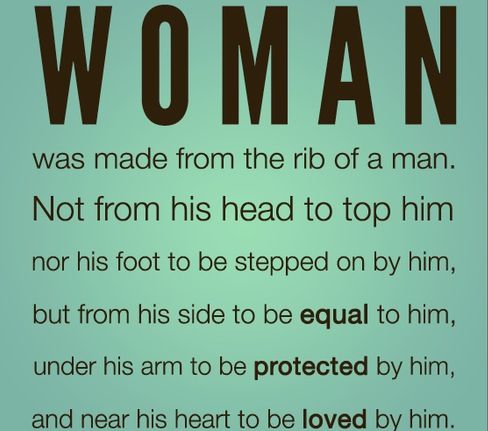 Dalia: Of course, dear, this is a golden rule. I remember both my mother and mother- in- law have stressed it many times in their advice.

My mother-in-law also used to tell me that when we ( me and my husband) get children, our disagreements would be less and that my husband would be more calm . She believed that having children makes the husband and wife get closer to each other. However, sometimes I think her view is not that correct.

Sarah: Not necessarily, I agree that children make marital relationship stronger but also give more space for disagreements.

Dalia: Sometimes children become bone of contention between couples. This happens specially, when each parent has his own beliefs and methods in children upbringing. In such cases, a sort of ongoing conflict is always there and unfortunately, the children are part of it!

Sarah: Totally agree, but dialogue helps resolve all disagreements and I believe that is the most important thing all spouses should properly get engaged with if they are able to sort out things through discussions, any problem can be solved. I mean that marital problems are very common and normal between married couples, so the main problem is not having disagreements, absolutely, the main problem and the dilemma, is the absence of dialogue.

Muhammad: When disagreeing on a specific matter, it is very important for the couple to sit down and talk about it as soon as possible since disagreements should be resolved right away to keep harmony at home.

Disagreements and arguments should be avoided in front of children. Couples must express themselves clearly in order to clarify viewpoints and make sure that the other side is listening attentively.

In many occasions, disagreements arise from miscommunication and misunderstanding. To resolve the matter, be open-minded and subjective and avoid arguments. Take turns to express your thoughts and let the other side listen.

The one expressing themselves should get to the point and avoid over-talking since this will distract your partner and he/she will lose interest in your speech.

Do not close the matter before providing practical solutions that are WIN/WIN situations. In many cases, one has to compromise but should not do so feeling oppressed; this is not a WIN situation for them and must be to a greater extent.

Here, the two ladies and the gentleman ended their discussion. Now, it is your turn. Tell us about your experience in marital life and what are the main challenges you face with your partner?

Please use the comment box below to voice your opinion.