he very process of meeting someone, getting engaged, and then planning a wedding is very exciting...
aaa

Deciding whom to marry is one of the most important decisions a person has to make.

Thus, it follows that the engagement period—that period of time, during which two people are getting to know one another with the intention of deciding if they will ultimately marry—is extremely important.

However, the rules governing the engagement period in Islam are often clouded by various cultural practices and family traditions, leaving many engaged couples invariably confused.

Therefore, we need to supplement the books of fiqh with some of the amazing human experiences that fill our rich Islamic history, and with the contemporary stories of real, practicing Muslims that put this fiqh into practice.

This article begins to do this with a simple list of DOs and DON’Ts for the engagement period. It is a humble effort to try to help young people as they begin to seek out the special person who will help them fulfill half their faith.

Anas (may Allah be pleased with him) reported Prophet Muhammad (may Allah’s blessings and peace be upon him) as saying, “When a man marries, he has fulfilled half of the religion; so let him fear Allah regarding the remaining half.” (Bayhaqi)

So what are some of the dos and don’ts of the engagement period in Islam in everyday terminology?

Do have a clear and correct intention

Prophet Muhammad (peace and blessings be upon him) taught us that actions are judged by their intentions, and getting married is no exception.

Marriage is not a game, nor is it an end in itself to be accomplished and then set aside. It is a means for two people to become better, through their love for one another and for their Creator, and this must not be taken for granted.

DON’T forget the proper Islamic guidelines about how to communicate

Allah created us and He knows us better than we know our own selves. Thus, we must follow His guidelines about how to communicate with others, especially when seeking out a potential spouse.

Doing so ensures that Allah will bless the entire process and the marriage that results from it. Thus, initial communication during the engagement period should always involve the potential groom and the potential bride AND her father or “Wali.” It should not be secretive or behind anyone’s back.

Thereafter, the two may continue their dialogue in an Islamically permissible way.

DO present yourself in an accurate, positive light

One of the most important things when meeting a potential fiancée is to present yourself in a way that best represents who you really are. This goes for everything from the way you look to the way you describe yourself and your interests.

So, put away the photo-shop, the colored contact lenses, and the other “fake” enhancements that you think are going to impress your potential fiancée. It’s far more important that you be real and sincere with them.

This is not to say that you shouldn’t make an effort, especially when first meeting someone, to look nice and presentable. You should! But in a way that accurately represents who you are.

DON’T be misleading or dishonest

This one really speaks for itself, and is extremely important. Finding out that your fiancée has been dishonest with you is usually a deal-breaker.

Have taqwa, consciousness of Allah, in all that you say or do, and don’t mislead the other party about matters—be they related to finances, family, health or anything else.

DO ask questions, but DON’T behave as if you were in a formal business interview

One couple, who ultimately did not get engaged, decided at their first or second meeting to go through a list of questions several pages long; in an effort to get to know one another.

Asking questions is important, but talking in a normal and friendly fashion is also important.

The question and answer format doesn’t always allow for one’s true personality to show, and it is important that this aspect of couples come through as they are assessing whether or not they are compatible.

Remember, you are marrying a person, not a bunch of data, and so learn about one another in a way that is personable, not mechanical.

A lot of times, this is easier if conversation occurs within a group—with other family members present.

This takes some of the burden of conversation off the potential fiancées while still allowing them to discuss and learn about each other in an Islamically appropriate setting.

DON’T rely on one “perfect” preconceived ideal for your future spouse and dismiss anyone who falls short of that.

Be open to different people and don’t refuse to meet or talk with someone simply because they don’t fit your image of the “perfect partner.”

There’s really no such thing as a perfect match, there is the right match that will insha’Allah be made easy for you if you allow yourself to consider it.

So maybe this person isn’t as tall/short/thin/dark or fair as you had envisioned your spouse to be! That shouldn’t always be a deal-breaker, especially if there are other things that make up for it. 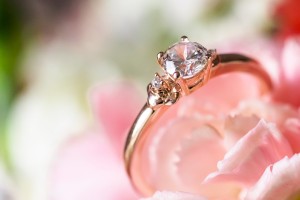 Deciding who to marry is not a decision that should be made after just one conversation or meeting.

It’s important to make sure you feel attracted to this person, both to their looks and to their personality. But waiting around for Mr. or Miss Perfect means you might just spend the rest of your life waiting, because none of us are perfect, that is a quality of Allah alone and of our spouses in al-jennah, insha’Allah.

DO give yourself enough time before deciding yes or no

Deciding who to marry is not a decision that should be made after just one conversation or meeting.

It doesn’t always have to take a long time, but one meeting just usually isn’t enough.

You must give yourself enough time to really engage your brain in the decision, and to see how your potential fiancée behaves in different situations so as to know that insha’Allah the two of you will be compatible.

DO seek guidance from family and friends

This is often taken lightly, as many young people seem to think that their parents probably don’t know enough about them to help them with this decision. But parents and close family and friends who have known you for years can often provide vital insights into what kind of person may or may not be compatible with you.

They can also see things about a potential fiancée that you may be blinded to, so listen to them and take their comments and concerns to heart.

Ultimately who you marry is your decision, but remember that your families will be a part of your life for many years after you marry. Making sure you are all on the same page before the wedding contributes to a lot of peace after.

The Prophet (peace and blessings be upon him)taught his companions to seek counsel with Allah whenever they had a decision to make.

By seeking Allah’s counsel, we remind ourselves: firstly, that all knowledge of what is good or bad for us resides with Him, and secondly, that we are in need of Him to guide us to and make easy for us that which is best for us.

This helps us achieve a level of peace with whatever happens.

DON’T forget to make a lot of du’aa

The very process of meeting someone, getting engaged, and then planning a wedding is very exciting, and often lends itself to much focus on the material elements of this world.

Throughout the course of this whirlwind, one can forget a very important ingredient for success and that is duaa, supplication and prayer to Allah.

I spoke with one young woman who recently had her marriage about the importance of duaa. She showed me a little booklet—the kind you would find at Islamic bookstores or masajid. Its pages were worn, as if it had been read many, many times. The book was entitled, “Patience and Prayer,” and it was filled with hadiths and verses from the Qur’an about the virtue of patience and making duaa.

She held it and said to me, “I read this book, and it reminded me above all else, to pray and make duaa to Allah that if this marriage was good for me, to bring it to fruition. And I had to be patient. It took time, and when you want something very much, waiting is difficult. But it finally happened,” and she gave me a very big smile.