Intercultural marriages are completely allowed in Islam. Prophet Muhammad (PBUH) even encouraged the believers to give less weight to things like culture, race, beauty, and wealth, in order to find a mate based on a compatible level of faith.

When considering a spouse for an Islamic marriage, the main thing to look for is a spouse’s level of practice and faith in the religion. Little, if any, consideration should be given to culture or the color of one’s skin.

Those in successful intercultural marriages relate the many positives that can outweigh any negative experiences.

One white American Muslimah married to a black Jamaican Muslim shared that over the course of their marriage they have had absolutely zero challenges related to them being an interracial couple.

Yet another Pakistani sister who married an American brother notes,

“Alhamdulillah, I did not face any major challenges. My husband and I were focused on Islam and wanted to teach our children Islamic values in the best Islamic environment as possible.”

But intercultural relationships can have their share of challenges.

Not all cultures are as accepting and welcoming of interracial marriages as we might hope. Sadly, there may be objections from friends and family that can have you doubting both your feelings, and sincere intentions, to marry a partner who shares the same Islamic values.

If you find someone of another culture that you want to marry, and you’re not sure how your parents will feel about it, it’s important to approach the issue like the grown adults you all are.

“Breaking down those negative stereotypes and showing people two people from different backgrounds can have a genuine relationship […] has also been good for our families. [It’s opened] their eyes a bit and learn about different cultures and the fact we are still good respecting people.”

To help prospective partners work through the challenge of overcoming stereotypes together, it can help to list out some of the pros and cons, or even some current fears, to get to the heart of the matter.

Make a list of the character traits and positives that you have in common, this will help you look past any stereotypes that you may have.

It may also be helpful to list out any negatives you see occurring if you were to marry this person. Making a pro and con chart is a great way to step back and take a realistic look at the situation from an unbiased perspective. It may also help you pinpoint some of the biases and stereotypes you are holding onto as well.

There can be many obstacles to intercultural marriages, including the cultural biases addressed above, immigration issues, and objections from family. Here are a few ways to deal with the latter:

Most probably you already know how the elders in your family are going to react. You have lived with them your whole life.

One Australian Muslimah married to a Pakistani Muslim notes “Both our parents were very concerned about our marriage,” and worried that her husband was initially only interested in Australian citizenship.

If you suspect you are going to get pushback, it’s best to be prepared. Even if you think your parent’s and family will be open to the idea of an intercultural marriage, it’s better to err on the side of caution and gentleness just in case. 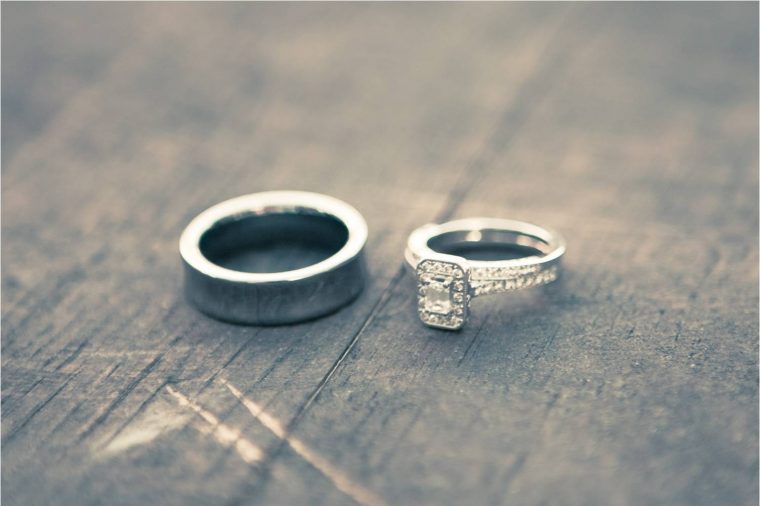 Children from a previous marriage or relationship may have their own misgivings and approach the idea of intercultural marriage with caution. Other close friends and even colleagues may weigh in on the decision once they find out. They may think that one of the partners is only looking for a visa or a financial handout – especially if the couple is currently living in different countries!

When you are ready to break the news to your close friends and loved ones, here are a few tips to keep in mind:

When we are tired, hungry, overwhelmed, stressed, or hurt, it can be hard to react and take in new information in a kind and rational way. Be sure you choose your moment carefully.

Make sure your friends and family are comfortable, in a good mood, and well fed, before sharing the news of your upcoming intercultural marriage.

You don’t necessarily need to go into all the details in your first discussion. Keep the talk brief and bulleted so that you hit the main points. Don’t get into all of the specifics or start answering dozens of questions.

Save the rest of the talk for a few days later after your family as had time to digest the first round of information (and had time to get over the shock of it if needed).

If you meet resistance, instead of turning the issue into an argument, agree to discuss the topic again in the near future. Give your family members some time to digest the idea of an intercultural marriage.

This will make sure your tempers don’t flare and no one ends up saying something in anger that they can’t take back.

Understand that it may just take some time for family to get used to the idea of an intercultural marriage, despite how they may have felt about it at first.

When the time is right, and after a few rounds of discussion, be sure to introduce the other prospective family to your parents and other family members to humanize the other person. Help them see that your prospective spouse is also a good Muslim despite the difference in your cultures.

What If You Change Your Mind?

You may decide that the person is not right for you, not because of their culture, but because of other insurmountable issues like large distances between families, immigration requirements, or conflicting ideas of about Islam and how to best practice it.

There’s no need to feel upset if you come to the conclusion that you are just not right for each other. Just be glad that you figured it out before the wedding, and not after.