When a Muslim man is looking for a wife, what are the most important things that come to mind?

That’s a difficult question to answer because what should come to mind is what the Prophet (peace and blessings be upon him) taught [i.e. to marry a religious woman].

But growing up in this society, we are shown women [in the media], and this affects the way we think about a mate. So, in reality, for most men, when you’re looking for a wife, the first thing that comes to mind is not what you’re taught from Allah’s Messenger, but from what you see outside of that [i.e. in the world around you]. So obviously, you’re looking for someone who’s physically attractive, and truthfully, and that’s the first thing [that comes to mind].

What you like may not be what everyone else defines as attractive, but it’s very important that the person is compatible to you in terms of physical appearance. And unfortunately, no matter what men say, most men are looking for a “certain look” [before anything else].

But I don’t think this is necessarily bad. You just have to put more importance on other things. For example, if a man were to see ten women who are attractive to him, he now must choose from them a good wife according to what the Prophet taught.

So, basically, what you’re saying is that having “the look” is a given, and after you choose from the beautiful ones, you look at religion?

Of course, you can choose from a group of religious women and pick the one you find most attractive.

But that’s not what happens.

Well, ideally, we would like everyone to be religious. But what happens with many men, when they see a beautiful woman, they just hope she’s religious. If he intends to make religion a priority, meeting a beautiful woman makes him lower his standards for a wife, or it makes him imagine he can mold her into being religious.

So since religion is basically “unseen”, you can kind of just hope?

No, because religion is not necessarily unseen. I suppose, in a way it is, like the sincere acceptance in a person’s heart. But what many men try to do is make that good-looking woman religious enough to marry. But, unfortunately, their lives end up being sort of empty. “Well, she has potential,” they tell themselves. But what happens is that they end up with a “lemon”, and they’re stuck.

So now, they try to make “lemonade”?

Well, they have to. Because they made the decision to compromise religion [and choose beauty alone], so they have to work with it. So yes, they make lemonade—and try to add sugar to it!  Men’s pride forces them to just deal with their choice instead of admitting their mistake.

But, [back to the question of what men want], ideally, you want someone who takes care of herself, who cares about her physical appearance, in terms of health and exercise. You don’t want someone who looks like she doesn’t care. Humans—men and women—are naturally attracted to longevity, so they want someone they can have children with and live a happy, healthy life.

So now, you have to figure out what “religious” means, because truthfully, we don’t know [in the practical context].

In the following Q & As, men talk about what they want from women:

Well, what about you personally? What do you find important in a “religious” wife?

A companion…Someone who is trying to stick firmly to the Sunnah of the Prophet, peace and blessings be upon him. But having the same understanding of the Sunnah and sharing the same foundational beliefs are very important. Because your marriage and some of the most important things you’ll do [in life] will be based on these things.

Here’s a question that many women wonder: Besides the obvious [physical enjoyment of intimacy], what is the greatest joy for a man in marriage?

The most wonderful thing a man can ask for in a woman’s companion is companionship. Also, the good character of a woman and seeing her raise your children properly.  As a man, you go out in the world and work to maintain your family, so having a woman you know is teaching and nurturing your children while you’re gone is one of the greatest joys.

What do you mean by companionship?

It’s almost like when you have a brother or a sister growing up. It’s like that. Someone who is always there . Someone 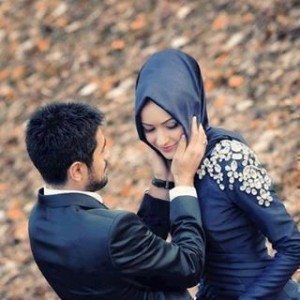 who does not necessarily like to do the things you do, but they enjoy what you do because it’s you. For example, I didn’t start liking certain foods until my wife was eating them, and I decided to try them, thinking, Why not? That’s the most joyous thing in a true companionship. Enjoying something because the one you loves enjoys it. And when you do things with love, it makes even something like eating or cooking together very enjoyable.

What about a woman’s personal accomplishments? Is this important to men?

But why would men want a wife with no ambition?

Because [in their minds] someone’s always there for them. They can always be better than someone else. Perhaps this makes them feel powerful. But, personally, I don’t understand this mindset.

For me, I love it when I come home and my wife is home [to greet me]. I love that she looks after me, and this works wonders to a man’s psyche. It makes me feel powerful that my wife chooses to love and respect me and show this outwardly. This fosters mutual admiration and love, amongst other fruits of good companionship.

So do you think it’s irrelevant what she does in terms of her own accomplishments, but what’s most important is what she does for you?

No, not for every man. Some men are happy to see their wives accomplishing things and they want to support them in that, especially if what the woman is doing is good for the Muslim community at large.

When you are coming home from work and you are about to open the door, in your heart, what is the one thing you look forward to most?

What do you think about the idea of a “woman’s role”?

Well, some men think this means cooking and cleaning. But, honestly, I never thought of these things as a “woman’s role” per se. But of course a good woman will cook nice, healthy food and do things to make you happy. But I don’t think of this as “a woman’s place.” I think of a woman more like a companion. And personally, I love cooking. I enjoy this very much, so I want to cook too.

What do you think are some of the biggest mistakes women make in marriage?

Well, I think it’s important to say “the biggest mistakes people make,” and this includes women. I think we tend to treat the other person as if they are a member of the same sex.

What would be examples of mistakes men make in this regard?

Men expect women to think like they do. Men have a “fix it” sort of attitude, but women just want someone to listen, and this is well-known. So men always have comments when women are talking whereas they should just listen versus trying to resolve everything and attack every problem.

What about women’s mistakes?

What about the woman’s tongue? How does what she says affect the relationship? 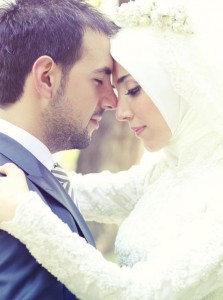 Well, this is on both sides. What the other person says can cut very deep. But [laughs] the woman might have more time to think about what she’s going to say, so it will cut even deeper.

But as a man you have to be very patient. Because it’s not easy to deal with a woman who’s been home all day, and things have been festering [inside her heart].

But I think it’s important for a woman to be busy with her own pursuits. This helps. It could be learning Qur’an. It could be anything. We [as humans] are not meant to be in a cave.

Do you think this helps a woman sort of focus on what’s most important?

Oh yes, of course. Definitely. But besides this, I think it’s important for a woman. [Just like a man], she needs to grow as a person too. Human beings are social. By dealing with other people, you learn how to deal with your husband and your family in a better way. But it’s important to understand it’s a learning experience. Life has to be a learning experience for you.