For many women who choose to convert to Islam, learning how to pray, giving up certain foods, and dressing differently are some of the challenges that Insha’Allah they will find easy to overcome.

Next on the lips of well-meaning advisers is the reminder that marriage is ‘half our deen’ and there is no reason to delay it. But for Muslim female converts, is it that simple? How will she find someone suitable, and if the potential match is not a convert, how will they deal with the cultural differences?

For female converts, finding a potential marriage partner is actually not very difficult. To be frank, a convert Muslim woman will usually appeal to many Muslim men because she is likely to be practicing her deen fully, or they think they can guide her, or for other unreligious reasons (such as positive racism). On the other hand, there may be opposition from some Muslim men, maybe because their family is distrustful of someone not brought up Muslim, or that they want to marry within their own culture for fear of possible cultural conflicts, or what other people might think.

Sister Asiya, however, wisely pointed out the first real challenge for a female convert is to find a wali (as it is unlikely she has any Muslim male relatives/ guardians) :

“That man has to be as good as the husband you would be seeking, as in he must be of practice and understanding of deen (religion) and of good character, and he should understand he’s not just there to make the marriage, but he’s giving you as an amanah in front of Allah. It’s also his duty to step in and support if any issues should arise in the marriage. After that, then seeking a husband should be easy, because your wali will take seriously his obligation to find a trustworthy practicing Muslim husband.”

Best to marry another convert?

Amongst many born Muslims, marrying within your own culture or nationality is a given, and marrying a cousin is not unheard of. But is it the same for converts? Do they choose someone similar to themselves?

“Personally I do not think that marrying a revert is better than marrying a ‘native’ or vice versa, but rather it is important to find someone who is open-minded.”

Sister Anna* however, thinks female converts should try first to find someone from their own background:

“I believe marriage with someone from the same culture – like two converts from the same country – is much easier to manage than cross-cultural marriages.”

Generally, however, male converts are much less common than females, so the chances are that a female Muslim convert will marry someone who was born Muslim. Also, many female converts become Muslim after they have got married to a Muslim man, or meet their Muslim husbands-to-be before converting.

Sister Anna* and her husband had to overcome certain cultural differences in the early days of their marriage, coming from completely different backgrounds:  “Alhamdulillah, we have a happy marriage and more or less, we manage the cultural differences…especially between a convert raised in the Western, individualistic culture and a born Muslim from a collectivist society.”

Sister Laura shared her take on the challenges of marrying into a family from another country:

“Sometimes there is pressure for the convert to adopt her husband’s culture if he is from a Muslim-majority country and she is not, even though many of those practices are not necessarily Islamic. She might be told – or she might just feel, after her conversion – like the culture she grew up in is totally negative and un-Islamic and therefore must be abandoned.

Her husband and/or in-laws might expect her to start doing things the way women do things in their country, even if many things are matters of opinion and habit, not an Islamic obligation.”

“Nationality/ethnicity etc, it makes no difference. It’s all about his [the husband’s] character and deen” 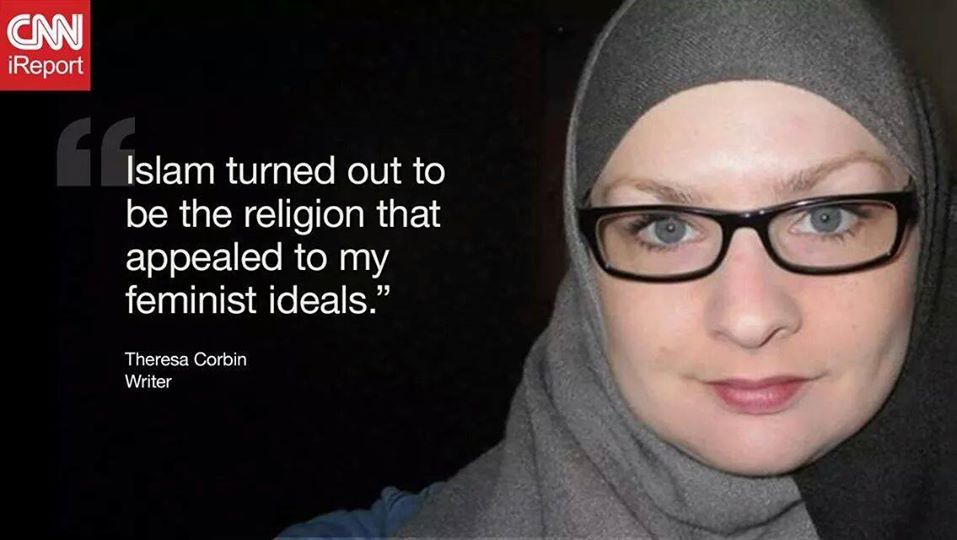 What if you’re already married before you convert?

This brings a very difficult scenario as a Muslim woman is not permitted to be married to a non-Muslim man. This is rare but does occur, and will obviously bring a big strain on the relationship. You would hope that the woman’s interest in Islam has been shared with her husband so that he too would consider becoming Muslim, and I have seen a couple who both converted and of course remained married.

There are cases where the man has converted for technical reasons and only Allah (SWT) knows if this relationship is accepted. And other times, the woman may find her love for her husband outweighs that for Islam and she either moves away from the deen or stays with him in what is technically a situation disallowed in Islam.

As female Muslim converts are more likely to marry someone with a different cultural background, what can they do to ensure a smooth marriage?

As well as finding a suitable wali, Sister Sarah* has a suggestion:

“Get premarital counselling! … It helps the couple talk about issues which they might not even think of, but will be crucial later in marriage. It is even more recommended for people who come from different cultural backgrounds.”

Acceptance from both sides is crucial, with Islam being the ultimate guide. A husband doesn’t have to give up his culture completely nor the wife. Sister Laura shared how she came to a balance in this respect:

“Personally, it took a while for me to realize I could be an “American Muslim.” I didn’t meet others like me, at first, so I felt lost. I finally realized that I can embrace and practice the many parts of my culture that don’t contradict Islam. I can be myself, and be unashamed of that. I can also respect my husband’s culture and raise our kids to appreciate it, but I don’t have to try to be something I’m not.”

Female Muslim converts may have other challenges when it comes to finding a suitable husband compared to a born Muslim woman. However there are a lot of factors playing a part such as the marital status at the time of conversion, finding a suitable wali and the attitude of the husband in respect to cultural differences. When Islam is the most important influencer on these factors  – including having an upright wali, and finding someone with good character and deen – then achieving a successful marriage for a convert Muslim woman will insha Allah be a piece of (wedding) cake!