When a woman brings in money into the household, the dynamics of a marriage change.
aaa

Until two or three decades ago, when daughters were born, they were expected to eventually go on to master just a few, basic ‘womanly’ domains in adult life: the kitchen, the sewing machine, the knitting/crochet needles and embroidery hoop, the home, the entertainment of guests (i.e. hostessing), and last but not least, the bearing and rearing of children.

Things were different then. For instance, a “publication” was something physical, churned out by gigantic printing presses, and a “job” was something that could only be done by leaving the house and going to an office for most part of the day.

That “office” was mostly a dreary-looking building full of men in dark suits. Women usually belonged only to one of two exclusive categories: domesticated/stay-at-home ladies, or full-time career women.

Furthermore, if married women wanted to earn a supplementary income without leaving home, they had very few options, such as tutoring schoolchildren, operating a home-based daycare or babysitting service, or starting a textile/clothing business.

Men were expected to bring in the main household income as primary breadwinners, and women were ‘supposed to’ focus on their primitive but pivotal role: that of raising children.

Every era has its own set of tests and trials. One of the trials of the current era is that girls and women are increasingly becoming more successful and accomplished, in the realms of both, higher education and professional careers, than their male counterparts. Now they are able to find, and keep, lucrative and well-paying jobs almost as, if not more easily than, men.

We might scoff and say that’s not true, but one needs to just take a cursory look at any major cosmopolitan city of the world to notice the difference in workplaces now, in how an increasing number of women are joining and climbing the corporate hierarchy.

What’s more, while they are inclining towards delaying marriage in order to get educated and to establish their careers first, most of them are successfully able to juggle even marriage, motherhood and homemaking with their careers once they become wives and mothers.

The fitnah (tribulation) of rising homosexuality among young men is not helping this trend at all. The more effeminate the men, the less they are able to “wear the pants” that are required to capably head and run a household, and to raise a family.

Women Rising to the Occasion

There was a time when it was possible to obtain a blanket statement or a clearcut fatwa from Islamic scholars regarding whether Muslim women could “work” professionally or not, in order to earn money.

That was back when “working” involved leaving the home, commuting long distances to spend the whole day at an office/workplace, interacting/mixing freely with non-mahrum men while there, watering/toning down their level of modesty in hijab to do so, and neglecting their children’s upbringing in the process.

Now, it is not possible to give such a blanket statement of either “yes” or “no” when talking about the permissibility of women working in the light of Islam, because of two major factors that have changed:

1. “Work” and careers have gone digital, with tasks accomplished easily now over virtually connected, wireless Internet networks, including any needed interactions with non-mahrummale colleagues. From behind a digital screen, and across thousands of physical/geographical miles, it is now possible for women to do a lot of professional work very efficiently for corporations, from within the confines of their homes, in the presence of their children.

The whole brick-and-mortar “office building” concept (including the bulky, bound paper files and folders used for the storage of data) is now losing ground, due to rising numbers of virtually connected employees dwelling in different countries and time zones, who work, communicate, and exchange digital files through smart phones, laptops, tablets, and desktop computers.

Examples of work that women can now easily do from their homes and get paid for it, are: editing and curating content, writing, proofreading, translating, fact-checking, developing educational curricula, online tutoring, developing software/phone applications and websites, and managing social media, among others.

2. Married men, for whatever reason, are finding it difficult to land and hold down permanent or even contract jobs for long periods of time. Many women, therefore, be they the single young daughters of retired elderly fathers, or the desperate wives of laid-off and jobless husbands with several little children to raise, are turning to freelance/part-time jobs or other lines of work in order to “put food on the table”, so to speak.

And they are doing a great ‘job’ at it! Pun unintended.

Emasculation vs Wearing the Pants

When a woman brings in money into the household, the dynamics of a marriage change. It happens subtly.

It is just not possible for a wife who was initially completely dependent on her husband – for food, clothing, medical expenses, and accommodation,- to start supporting not just herself but also her husband and their children by earning money and spending it on them, to not get affected by the change of dynamics that this “extra” action of hers brings into the equation.

Whatever a wife spends on her husband and children from her wealth, is considered asadaqah. In Islam, the giving hand is considered superior to the receiving hand. Also, one of the reasons outlined by the Quran, for the greatness of a husband’s rights over his wife, is that he spends his wealth upon her (in the form of mahr and regular maintenance). 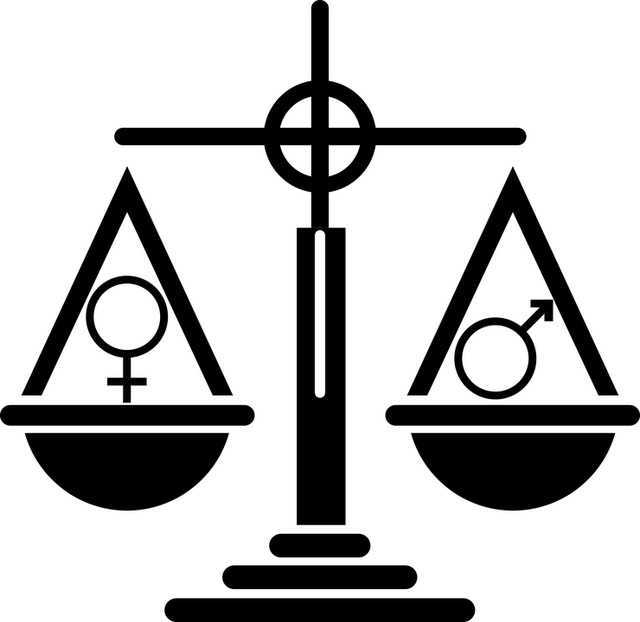 Now, two situations can arise once the wife starts earning a lot of money and spending it on the household:

– If the husband is sincerely, consistently trying his best to find a job/earn enough money to support his wife and children, but fails to do so, and he secretly dislikes taking money from his wife, and feels guilty for her having to work to support the household,- the righteous wife who ‘brings home the bread’ will probably still continue to respect and obey such a husband, and to give him all his rights in Islam.

– If the husband is instead happy and satisfied about being supported financially by his wife; and if he becomes deliberately careless and lax about striving to earn money to support his family over a long period of time, simply because his wife’s income is more than enough to support them all, then this implies that his gheerah has waned viz. he has become emasculated. In such a scenario, even a very sincere and righteous wife might eventually lose her respect for such a husband, and could even begin to show signs of nushooz.

At this point I’d like to point out that, in Islam, a husband has no right on his wife’s money, and she is not obliged to spend it on the household, nor can she be forced to, by him or by her in-laws.

If a practicing Muslim wife willingly earns and spends money on the needs of the household (viz. her husband, herself, and the children) in an Allah-conscious effort to maintain the happiness of the home and to fill their stomachs, then since she is being a muhsin i.e. a doer of extra, non-obligatory good, the husband and his family should increase in respect and kind treatment towards her.

And the least they can do in that vein, is to never use force or coercion to make her continue working against her will; or to take any extra penny from her hard-earned money besides that which she herself gives to them happily, and to not force her to do all the housework herself, the way she used to when she was not working.

The recompense of ihsan should be nothing but ihsan.

Conclusion: Man Up and Appreciate Her

While it is trying and sometimes difficult for any wife to be totally dependent upon her husband financially, especially if he is poor, stingy and/or harsh/apathetic in treatment towards her, it is also trying for a gainfully employed and Allah-fearing wife to continue to support her jobless husband over time, especially if he deliberately turns into a spineless, lazy slob and doesn’t help her out with babysitting or household chores, making her serve him and clean up after him just like she used to before she started working, in addition to providing for him and their children.

Truly, to such husbands, the Prophet’s ‎(PBUH) advice is most fitting:

“Fear Allah with regard to women, for you have taken them as a trust from Allah.” [Sahih Muslim]