The month of Ramadan is an amazing opportunity to have the highest standards for yourself to be the best possible Muslim husband and imam of your family.
aaa

For Muslims who practice their faith with sincerity and understanding, Ramadan is a month full of beautiful potential.

Allah’s mercy, forgiveness, and blessings await the believers who fast and exhibit self-control for His sake.  While our stomachs might feel empty, our hunger for closeness to our Creator is fulfilled, and our thirst for greater taqwa is quenched.

To non-Muslims, on the other hand, Ramadan often seems like nothing but a month of harsh deprivation.  “You can’t even drink WATER?” they often ask incredulously.  Most non-Muslims have never fasted to the extent required of Muslims during Ramadan, so they can relate neither to the challenges, nor to the sense of heightened God-consciousness and serenity.

For Christian or Jewish women who are married to Muslim men, the month can be particularly challenging.  For them, holy days (i.e. holidays) are usually festive and indulgent, with food, family, decorations, and fun. Even days of self-sacrifice like Lent or Yom Kippur are short-lived and less demanding than the 30+ days of Ramadan.  So, for someone who observes the month from the sidelines– like a non-Muslim wife– it can be a very confusing and lonely time.

Over the years, I have heard countless Ramadan stories from non-Muslim women who are married to Muslim men.  Remarkably, many of the women choose to fast with their husband for much or all of the month, even though it is not required of them.  Those women who do eat normally report feeling guilty for doing so, and usually try to eat and drink in private.  Unfortunately, most of the non-Muslim women’s impressions of Ramadan are quite negative.  Several have told me that they actually dread the month because their husbands:

• Are crabby and tired during the day and do not make many efforts to shield their family members from their moodiness.

• Do not have any time or energy to spend with their wife or kids during the daylight hours, for the entire month.

• Manage to be a bit more lively and self-controlled in front of their colleagues, friends, and others, but let their “true selves” show at home.

• Finally “come to life” after iftaar, but then leave the house to pray all night at the masjid — without their non-Muslim wife, of course.

• Do not take an active role in educating their children about Ramadan, and in fact leave almost all the childcare to their wife during the       month.

Now, some of the above behaviors might seem justifiable.  Fasting is indeed draining, especially during the hot summer months.  Most of us feel a lack of energy and cheerfulness until we finally break our fast after sunset.  Can we blame Muslim husbands for feeling tired and crabby?  And praying taraweeh prayers at the masjid is a beautiful practice, full of rewards.  Should the brothers give that up?  As for acting differently around colleagues, well, don’t most of us let our guard down in front of those we love?  Isn’t home the place where we can be ourselves and not have to put on an act?

Brothers, if you are married to a non-Muslim woman, I humbly suggest that you “man up” more than ever during Ramadan.   You have such an amazing opportunity to help guide your wife to the deen of Islam.  Abu Hurairah (RA) reported: The Messenger of Allah (SAWS) said:

“He who calls others to follow the Right Guidance will have a reward equal to the reward of those who follow him, without their reward being diminished in any respect on that account.” (Muslim)

The best possible way to pave your wife’s path to belief and, insha’Allah, to Jannah is gently, lovingly, generously, and without any pressure.  There is no need to give her lectures or classes; your excellent behavior will be the best possible teaching tool.  If you show her an admirable example of manners, kindness, and self-control, she will be impressed and intrigued to learn more.

The month of Ramadan is an amazing opportunity to have the highest standards for yourself to be the best possible Muslim husband and imam of your family. The potential for good deeds is immeasurable! If you can control your hunger, thirst, and irritability at work, you surely can manage to do it at home, too.  And, while it might be tempting to spend most of your time at home napping on the couch, your family still has rights.  Your wife and children deserve your attention and will really suffer if a whole month goes by with you ignoring you duties. 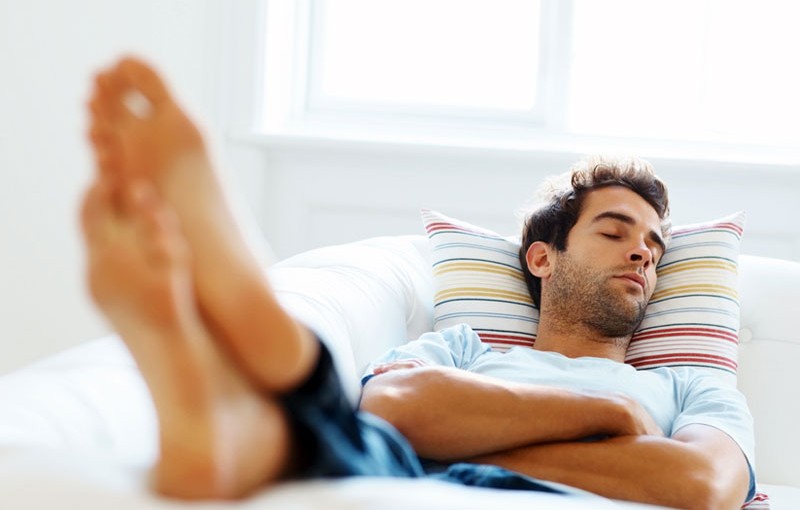 If your wife is not a Muslim, the responsibility for raising and educating your children in the deen is completely on your shoulders.  Be sure to teach them about our holiest month, and show them by example that it is not a burden, but a blessing.  Take your kids to the masjid — and supervise them!  — during taraweeh prayers.  Make sure your nighttime prayers do not consume ALL of your time because your wife has needs, as well.  It is not right to ignore a fard (fulfilling your wife’s rights) to perform a sunnah (taraweeh prayer).

It is definitely a challenge to balance all your responsibilities, particularly during a month of fasting and increased worship.  However, when you chose to marry a non-Muslim woman, you accepted the duty of being the Muslim role model for her and your children.  She cannot be expected to put all her needs on hold for a month.

So many people actually become quite selfish during Ramadan.  Instead of seeking to earn blessings by helping others, we get caught up in our own needs and wishes:  I want to eat these foods for iftaar.  I want to pray at the masjid all night.  I want to nap during the day.  I want to have a break from my kids.  I want sohoor ready by 4:30.  It is ironic how a month of self-sacrifice often becomes warped into a month of self-indulgence.

I have seen the results of both approaches–the selfish and the generous– with my own eyes.  The non-Muslim women who feel ignored, pressured, and misused by their husbands have very little motivation to embrace Islam.  Ramadan becomes a time of year that they resent, and they also end up resenting their husbands in general.

On the other hand, the non-Muslim women whose husbands were patient, kind, and generous often ended up embracing Islam with enthusiasm.  Sometimes it took two years, or sometimes ten; after all, guidance is in the hands of Allah SWT.  However, a husband can be very instrumental in helping educate his wife and inspiring her to love Islam.

In this happy scenario — which I have been blessed to witness many, many times — the father, mother, and children are ultimately able to celebrate Ramadan together as a united Muslim family.  That is well worth all the extra effort that the Muslim husband put forth, and best of all, his finest reward, inshaAllah, is yet to come.