The stories of Muslim divorcées offer stark and heartbreaking perspectives of marriage and divorce. Many have escaped deadbeats, financial abusers, adulterers, and criminals.

These true stories also expose the severe emotional and financial hardships that many Muslims experience.

In some cultures it’s common for sisters to move back home after divorce. In others, a woman is left to her own devices – either staying with friends or in hotels, motels, homeless shelters, or domestic abuse crisis centers.

But even if a divorcée is able to take care of their basic needs for food, water, shelter, and clothing after divorce, there are still the cultural and emotional stigmas to overcome.

The challenges of khula

If women find themselves seeking a divorce the hard way – through a khula – this may mean involving local religious elders, sharia councils, and the cooperation of the husband as well. This can be a very challenging and tiring time for a sister as she struggles to convince everyone she “deserves” a divorce.
In some cases (correct or not) it may mean that a woman is forced to essentially “buy” her freedom. This is done via expensive legal fees paid to local organizations and counsels (in the hundreds of dollars or pounds), or to her ex-husband in the form of returned mahr or even arbitrary extortion amounts.

One divorcée remembers her complicated divorce. “My husband planned on abandoning me,” she recalls, “so we made a verbal agreement to be divorced if I did not see him in three months. However, it was not written down (and therefore not religiously binding). In addition, he reneged on it and told me by phone six months later that we were still married. If I wanted a khula he said I had to pay him $1000 (which I did not owe him).”

It was clearly a harmful, oppressive, and abusive relationship. She was determined to get rid of it as soon as she can.

To fight back, she contacted the imam council in her city for help with an annulment. Unfortunately, because Canadian law doesn’t allow Imams to annul a marriage unless the couple is civilly divorced, she would have had to wait a full year for that to go through.

Her ex-husband threatened her with more abuse if he came back. So to prevent him from entering her home, she involved legal authorities to get a restraining order. When he did return for a short visit, the restraining order was in place, and her eldest son made sure his father understood that.

Fortunately, after a month of treating each other like strangers in public, her ex-husband finally realized it was pointless to hang on to the marriage. “He said he would accept a khula for $1,” she shared. “As silly as it was, I took the opportunity as soon as I could, and my eldest son brokered it for me.”

If a woman is barred from earning or having a career as part of a financially abusive marriage, this can put many women in a compromising and vulnerable position when divorcing. Even if they were not outright abused, but were housewives, they may not have the earning power to quickly build a new life for themselves right after the divorce.

One sister was forced to scramble and start a career because her ex-husband started paying less and less each month for her and her kids.

Another sister shares that she belongs to a middle class family and her husband was extremely rich. Initially, after her divorce, her ex-husband didn’t support her and his children. Thankfully, he now at least pays the school fees and around $100 per month per child. She works and covers the rest of the household expenses herself.

However, in rare cases, especially if women were the primary earners in the household before their separation, divorce can be easier for women.

One sister shares, “Divorce actually made my day- to- day living situation easier since I no longer have to watch every word I say and every move I make. Finances-wise, I’m also able to live in a place with no worries about utilities being cut off because the bills can’t be paid.”

“Alhumdulillah, my financial situation improved after divorce,” another sister explains. “My ex-husband was unemployed (through sheer laziness), and used all my income for running the house. After divorce it meant that my income was mine to spend on myself and my kids.”

She moved into a rental and out of the family home into which she had contributed a lot of money. She fought in court for years to recuperate some of what she had spent on the family home, and didn’t receive everything back.

The heartache that accompanies divorces is of course not limited to the women.

Zahra Summayah, a coach and counselor for new Muslim women, notes that she believes men, in general “tend to already have a woman lined up and very few are single for long.” She believes that they are also not usually seen as failures in their caretaking roles.

Life Strategist and Leadership Coach Henrietta Szovati agrees that when it comes to divorced men, “I see much less [social stigma for men] than for woman, to be honest. Men seem to be accepted a lot more if they are divorced than women in general.”

However, Munira Ahmed, a parenting and relationship coach working in Pakistan, adds that men can also have some difficulty in remarrying, and are sometimes judged. 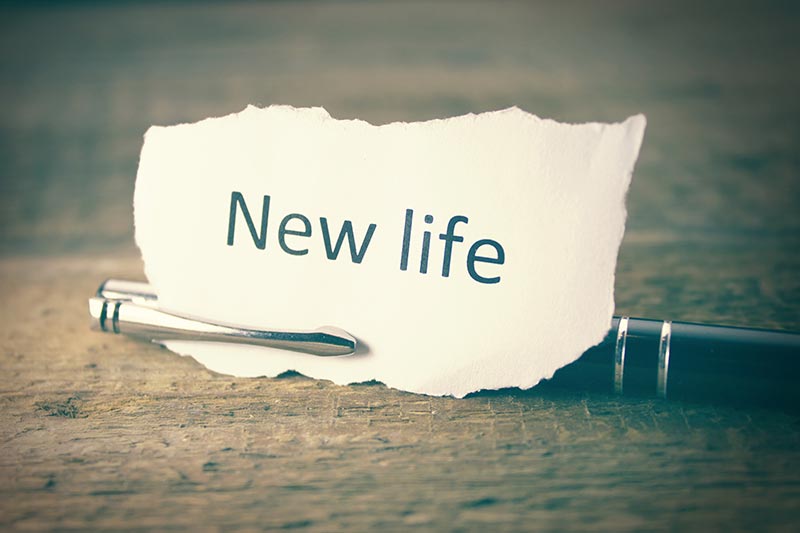 Here are some tips to overcome social stigma after divorce:

Take care of yourself

Self-care is one of the best things you can do for yourself after a divorce, it boosts your confidence and helps you appreciate yourself better as you move on with your life.

Join a support group for divorcees

Sharing experiences and advice in these groups help people heal from the deep hurt of divorce and discover hope for their future.

Although divorce is a bitter experience, going through it makes us stronger. Don’t feel weak or ashamed after divorce.

Marrying again is a possibility divorced women must entertain so, don’t block this option. With the experience from your former marriage, you’d be wiser when going into another one

How the community can help

Couples sometimes stay in toxic relationships instead of getting divorced. This is usually due to a combination of lack of community and family support and the stigmas associated with divorce.

Education is the key to successfully navigating both marriage and the stigma of divorce.

Munira shares that the two most crucial things couples need to understand before they enter into a marriage are how to accept differences and how to effectively communicate.

She recommends couples and individuals prepare for marriage by; getting to know themselves better, understanding basic human needs and obligations, and accepting differences. All this will ensure that they’re a healthy partner in a marriage that accepts their spouse as-is.

Should the marriage come to an end after much effort and attempts to fix the relationship, the community needs to be accepting of the couple’s choice to divorce.

“[There needs to be] empowerment for everyone who has been through divorce to surrender to the learning they can draw from it, Henrietta also shares. “[They can then] step into the next phase of their life with more clarity, self-knowledge, confidence about their own weaknesses, and strength.”

Social stigmas can only be broken and changed by publicizing and sharing more stories of divorce. This will offer other couples (and singles) a better peek behind the curtain of divorce.

Revealing more of our personal experiences will also help demystify and normalize divorce. It is, after all, a necessary step taken by a couple to ensure they can lead healthier and happier lives apart.

A Muslim Woman Shares Her Experience after Divorce

How to Ease the Pain of My Parents’ Divorce?