Happily ever afters might actually exist, just not the way that we’ve been indoctrinated into believing.
aaa

In a previous article, sister Zainab shared her experience of divorce and what she learned from her Ex-husband. Now, she has a more positive experience with her new marriage, which she shares with us through this article.

6- Be a secure person in order to have a secure relationship. As cliche as this may sound, it’s true. Sadly, Muslims tend to be really bad at being healthy individuals. Many of us are taught from childhood to be extremely dependent on others around us – whether parents or spouses. Few of us learn early on what it means to be secure in one’s own sense of self.

For myself, an additional blessing of a long distance relationship is that I was provided with the opportunity to really establish myself as myself. I’d grown up pretty sheltered, and was relatively young when I’d first gotten married. Seeking the other party’s constant approval was a destructive characteristic of that relationship, and the consequences of disapproval were high. This time, though, I was forced to face myself head-on, to live on my own and be responsible for much of my own emotional well-being. Moving away from my previous habits of emotional dependency was jarring, but incredible – I no longer hinge my complete happiness and mental presence on another person’s moods.

Instead of feeling tied to someone out of obligation or emotional coercion, the feeling of wanting to be with that person is far more pleasurable, and leads to feeling stronger in that relationship. Being secure, and not emotionally dependent (which isn’t romantic btw, it’s just depressing), makes it much easier to resolve conflicts and to enjoy the good times.

7- Get over yourself. Seriously, just get over yourself. We all like to think that we’re better people than we actually are, that our flaws aren’t as bad as others’ shortcomings are, but we’re not. We suck as much as the other person does. It’s just a matter of admitting and acknowledging what our faults are, and managing them instead of denying them or trying to play the victim.

Before making it about you vs. your spouse, remember that it’s about you vs. your scale of deeds on the Day of Judgment. Don’t act like you’re just humoring the other person when you apologize for something awful that you said or did; know that Allah is fully aware of your sincerity, and seek to rectify yourself for His Sake before anyone else’s. Don’t go to the other extreme either, and wallow in self pity bemoaning how terrible you are. Just… get over yourself. We all have faults, and you are no exception. The real issue at hand is what you’re going to do about it.
8- Being supportive doesn’t mean never disagreeing. Many of us have fallen for the pseudo-romantic “advice” that to be a supportive partner means to never offer criticism or objection – no matter how constructive your feedback may be. That’s not being supportive, that’s being a simpering sycophant.

While initially very defensive about receiving criticism, I realized that it wasn’t doing me any good to only hear praise – neither my behavior nor my work would improve. Instead, I’ve come to appreciate when my husband points out just how idiotic I’ve been acting, or when my argument has gaping holes. He’s never stopped me from doing what I care about, and done everything possible to support me in what I love – but he’ll also point out where exactly I’m in danger of doing something really stupid.

As annoyed as I might be in the moment (it sucks being wrong), at the end of the day, I know that he isn’t trying to sabotage me – he really wants me to do well, and to do what is right. Of course, it doesn’t mean that he’s always right, either – but when he is, I’ll try swallow my pride and take him seriously. And try not to be mad at him. (Usually.)

Don’t be a Stepford spouse – be someone who sincerely wants the best for your spouse,     even if it means pointing out when they’re doing something epically stupid. Remember – adDeen anNaseeha (Religion is advice).

9- “The Ideal Muslim Marriage” doesn’t exist. All those articles and lectures about wives babying men or husbands putting up with women because you can’t live with’em, you can’t live without’em is nonsense. The model that we’re provided with is, to be frank, pretty weird and unhealthy, encouraging emotional dependence and engendering a lack of genuine respect for each other.

The ideal Muslim marriage isn’t about playing a certain domestic role in a specific way (and being guilted into it with a significant amount of spiritual blackmail). It’s about having the right priorities – both spiritually and with regards to your personal relationship. It’s about genuinely caring for each other’s well-being, respecting each other even in times of conflict, and truly enjoying being with each other.

Life will suck sometimes – perhaps even often – and there will be many unpleasant moments along the way, but it’s one’s sense of taqwa and compassion for the other person that will get you through it and remember that it’s all worth it. Don’t be a good husband or wife because that’s what you’re “supposed” to do – be a good spouse because you care for them, and want the best for them in this world and the Hereafter. 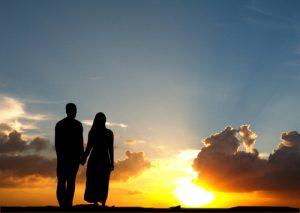 Being secure, and not emotionally dependent , makes it much easier to resolve conflicts and to enjoy the good times.

Even prophet Muhammad’s marriages were not “ideal” in the sense that his wives were not all identical, cookie-cutter women – they all had very different personalities, they experienced conflict with him, but they also loved him deeply. They interacted in a manner that was sincere, that reflected themselves as individuals, and yet with the constant awareness of their personal accountability to Allah.

10- True Qawwam Do Exist. It is painfully easy to see the many, many examples of Muslim men doing it wrong – men who are neglectful, weak, abusive, irresponsible, lacking in character, selfish, and immature. Yet despite how many bad examples there are of Muslim men, there are still those who seek to uphold the Sunnah by being true qawwam: men who embody the values of honour, dignity, responsibility, mercy, justice, and sincere love for both their families and the Ummah at large.

These men are the ones who strive to fulfill their wives’ rights before demanding their own; who understand the severity of responsibility that has been placed upon their shoulders; who know that being a Muslim man is not simply about being a financial breadwinner, but a loving husband and father, engaged with his wife and children. These are the men who do not recoil at the idea of marrying widows or divorcees, or raising children who do not share their DNA; these are the men who do not place their egos or their culture above the commands of Allah, but make an effort to overcome their own inclinations for the Sake of Allah’s Pleasure.

These men are not perfect – they make their own mistakes, they struggle with their own shortcomings, and honestly, they can mess up as well as the next person – but what sets them apart from the majority of mediocre males is that they never stop trying to do better and be better… as Muslims, as husbands, as fathers. True qawwaam are rare, but not extinct – and to have one in my life is a blessing to be treasured.

11- Love. It’s Real. It… really is. It’s more than a little terrifying, especially when one tries to maintain a certain level of skepticism for safety reasons. But it’s also giddy, and fun, and awesome, and worth all the hard stuff and messy bits. Happily ever afters might actually exist, just not the way that we’ve been indoctrinated into believing. Instead of the usual nausea-inducing cliches surrounding romance (or the opposite extreme – that it doesn’t exist), love manifests in so many other ways – with an inside joke, or a gift that doesn’t make sense to anyone else but you two, or knowing how to end a fight the right way.

It’s the small silly things and the big dramatic things and all the mundane things in between. How do you know it’s real? When thinking of your future with them is not accompanied by a sense of impending doom and misery. And you’re kinda (really) excited about it.

Silly as this all may seem, and perhaps in contradiction to much of the marriage advice peddled by Muslim writers and teachers, these are nonetheless some of the most solid relationship lessons I have derived through experience. Contrasting my previous experience with my current one has been interesting, with sometimes unexpected results (like the whole falling in love thing…woah). And so here I am, slightly less bitter and slightly less cynical and slightly more practical and wiser (I hope).

May Allah grant us all the (somewhat disconcerting and pleasantly surprising) experience of a blessed marriage to a true qawwam, ameen.