We live in a hyper-sexualized society where sexual harassment is an ongoing issue. Sexual harassment is not a new occurrence, but due to mass media it has become an increasingly discussed topic. Sisters from around the world are stepping out in solidarity to speak about what happened to them and sometimes the perpetrators are respected figures of the religious community.

Speaking up is the first step. Let the other person know you find their conduct to be offensive and inappropriate. State this in a confident, strong manner showing that you refuse to be their victim. This could immediately stop the harassment. If they continue, it is time to report them.

Speak with your loved ones for support then collect documentation such as emails or text messages if it can act as proof. Remember, staying silent will not make the pain go away and it leaves the perpetrator unchecked to commit this sin against other women. Contact appropriate legal authorities and be prepared to give your statement multiple times.

Remember this is not your fault. The perpetrator is responsible for their actions; you are not to blame for their shameful behavior.

“And no bearer of burdens will bear the burden of another” [Quran 35:18]

Seek therapy and counseling. If you are not comfortable engaging in face to face therapy, you can do online counseling services. Seek comfort and healing through reading Quran, prayer and making duaa. Do not hesitate to pour your heart out onto the prayer mat. Allah (glorified and exalted) knows your pain and is the best comfort. He is As-Salam, the ultimate source of peace, safety and comfort.

How to Behave as a Muslim if you are the Victim

We as Muslims must not let our unique struggles cause us to act in a way which goes against our faith and Islamic character. We should remain composed as much as possible and not seek out retribution such as sending hateful messages to their family or reacting violently.

We can look to the story of the Prophet Yusuf (peace be upon him) for inspiration in this. He was sexually harassed by the wife of Firawn, yet he did not react with rage, revenge or inciting panic locally. Even after he was wrongfully arrested, he remained calm, spoke with honesty and showed a high level of patience.

Turn a negative moment into a helpful one; speak out to your community about the importance of tackling this serious problem. Education should be given reminding brothers and sisters about the importance of lowering their gaze and not touching those who are not permissible for them. Reminders about unnecessary free-mixing amongst the genders and being alone with non-mahrams are all helpful. It is important for us to remind others that zina is not limited to intercourse.

Does it Matter if the Perpetrator is a Religious Figure?

If the perpetrator is a respected scholar or imam, this does not mean that they should not be held accountable. If anything, they should be held to a higher standard as they are the role models many look up to or take advice from. An accusation against a respected figure in the community must be handled just as thoroughly as an accusation against an average man that no one knows.

Scholars and imams are accountable for their deeds just the same as anyone else. Furthermore, we know that on the Day of Judgment hypocritical religious leaders will be asked about their actions.

“You acquired knowledge so that you might be called” a scholar,” and you recited the Qur’an so that it might be said:” He is a Qari” and such has been said. Then orders will be passed against him and he shall be dragged with his face downward and cast into the Fire.” [Muslim]

We need to remember that religious figures will make mistakes, they are human after all and they have struggles just like anyone else. We should not lose our faith and trust in all religious leaders due to the mistakes of a few. 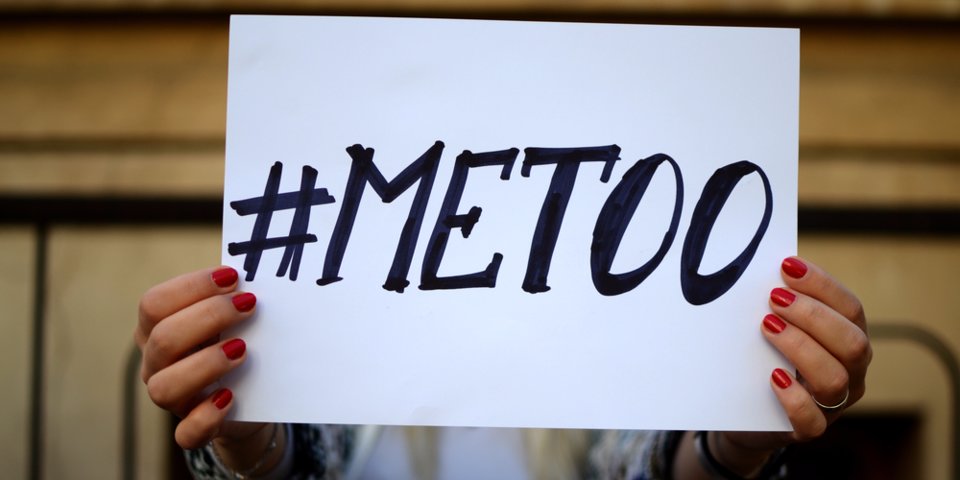 As if sexual harassment is not bad enough, what about when it is done in places we consider sacred and hallowed? When these shameful actions are committed in places like an interfaith community center, in the pews of a Church by a priest or on Hajj, we are witnessing not only blatant disrespect for where they are, but a twisted and sick perversion.

These are sacred places that should increase our remembrance of Allah (glorified and exalted) and humble us. We expect people to be on their best behavior yet the reality is even when performing tawaaf some sisters are groped!

Sexual harassment is a denounced and unethical behavior that can happen anywhere and anytime. Perpetrators that have no issue going against divine law and basic human decency will not be stopped by the sacredness of a specific location.

You may find your trust in others is damaged or you feel more defensive around men, even those in your family. Nightmares as well as flashbacks may also occur, but none of this is permanent. It is not what happens to us that matters that most, it is how we react to it.

Recovery is a step by step process that takes consistency and time. Social support should be utilized as you work through these processes. Positive coping skills can help you handle the negative emotions that arise and become more self-aware of your emotional triggers. It is important to recognize and avoid negative coping skills such as isolating yourself from others or lashing out angrily towards men.

Some positive coping skills to consider are breathing exercises, walks in nature, spending extra time in prayer and working to cognitively reframe the incident by using self-talk. All of these can help you alter your perspective and emotional reaction to the memory. A trained Muslim therapist, psychologist or coach can aid you in doing this.

Sexual harassment within the ummah is a sickness that needs to be openly discussed and addressed by not only religious leaders, but by the community. It is through this honest dialogue that we can increase education about such issues, take preventative action and promote safe places where brothers and sisters can make their voice heard.