Muslim and nonMuslim; niqabi, hijabi, or none; from the Maldives to the American Mid-West, Pakistan to Pennsylvania, Saudi Arabia to Saskatchewan, India to Italy… women (and men) around the world are speaking up about their experiences being sexually harassed, molested, and abused.

Originally founded by Tarana Burke, the trending hashtag and the movement behind it was created over 10 years ago, “to aid sexual assault survivors in underprivileged communities “where rape crisis centers and sexual assault workers weren’t going.”

[1] Recently, the hashtag has gone viral, with hundreds of thousands of victims of sexual harassment and abuse coming forward and illuminating what statistics have already shown: in America alone, there are 321, 500 victims of rape and sexual assault each year[2]; 1 in 5 girls and 1 in 20 boys are a victim of sexual assault[3]; and crimes of a sexual nature are vastly underreported[4].

It is easy to dismiss the many statistics regarding sexual harassment and abuse as being a “Western” phenomenon due to the sexually permissive nature of “Western” society. It is easy to claim that if only women wore hijab, were accompanied by Mahrams at all times,  men would not assault or rape them (no one ever talks about what would stop the assault or rape of boys and men). It is easy to say that only nonMuslims are affected by crimes of a sexual nature.

However, none of this is accurate or true.

#MeToo has highlighted what so many people already know – and what so many Muslims have been in denial about. Muslims around the world, male and female, also experience sexual assault and harassment. Whether in Hajj or ‘Umrah, or visiting with family members; whether accompanied by a Mahram or in niqab; whether in the East or the West… Muslims do indeed commit, and experience, sexual crimes.

In a discussion on sexual harassment of women during Hajj and ‘Umrah, numerous women shared their experiences:

Mariam Vawda: “I once had the unpleasant experience of a man who kept coming up behind me during the tawaaf and pressing himself against me. I would move to the inside and he would follow. Move to the outer circle and he was there brushing against me. It wasn’t even such a full tawaaf that there wasn’t space to walk comfortably. I left the tawaaf because I felt so disgusted and thought that it would bring me greater reward to leave. Had it not been for the nobleness of the surroundings and not to disturb the ibaadah of everyone else, I would have turned around to slap him and create a scene. I hate that he destroyed the sweetness of my tawaaf.”

Sister R: “I was definitely molested in the Middle of Tawaaf! I ended up telling my dad and he ended up making Tawaaf behind me and my cousin the rest of the trip. Men would press their junk up against us and it was intentional… It wasn’t that normal rush of people brush up because of congestion.”

Doaa Um Hamza: “ In front of my parents in a shop in Madinah, I was wearing abaya and my little sister in my arms notwithstanding! In Medinah, my parents were shopping for a thawb for my father. The stall was tiny. The man was standing next to his merchandise, I sat on a stool with my little sister in my lap. I was sitting in between him and my parents as he pulled out thawbs to show them. At one point, he got close, while TALKING TO MY PARENTS AND SHOWING THEM A THAWB, he started pressing an erection into my side. I was wearing no makeup, a loose black abaya and I made no eye contact or anything with him.”

These are just snippets of many, many more stories of how women in the most Sacred of spaces, in the holiest sanctuary known to humankind, have been molested by sickening men who have no fear of their Lord. 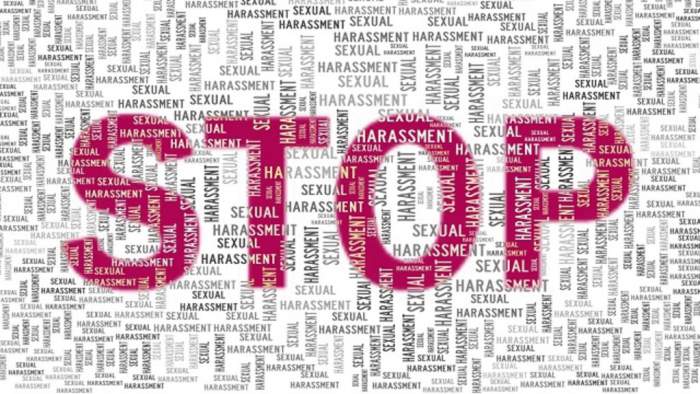 When Muslim men, in the most hallowed of religious spaces, feel comfortable to treat women in such a manner, it is clear that there is a severe sickness in our Ummah.

Many people seek to blame sexual harassment on the victim, saying that they were dressed immodestly or behaving inappropriately. Yet, as statistics show, numerous children under the age of 12 are victims of sexual assault[5].

One Muslim woman, the daughter of a prominent religious leader and freedom fighter in a Muslim-majority country, shared how she was molested by her father for years, starting when she was still a young girl.[6]

“I remember this clearly: once he asked me whether I shaved my pubic hair and when I didn’t answer, stuck his hand inside my underwear to check. He wasn’t pleased that there was stubble down there and told me that shaving pubic hair is part of Fitrah and quoted a Hadith as an authority to back him up. While he was doing so, he was touching inside my labia with his fingers. He told me that women had a strong odour that men found to be unpleasant. He told me some women had a stronger smell than others, that Mother had a strong smell, too, and that he expected me to have a strong smell just like her. Then he asked me for a kiss.”

A young man in Kashmir told of how – at the age of 7 – he became the target of an older cousin, who sexually abused him on several occasions. Later on, he was fondled and abused by others as well. “That day after lunch, this cousin tells me that he’s going to give me some surprise… I must have been seven. Not more than 8. That was how it started.

Another woman spoke of the way her childhood had been scattered with incidents of sexual abuse:

“I’ve been hurt on multiple occasions. The first time was when I was 4 years old…We lived in a big house and there was a fence where my first attacker lived. In return for candy he had me touch him in his privates. That is when I started hating myself and the first time I felt depression. The sadness only grew and I thought about death a lot. The second time I was 7 years old and this so called Muslim man was trying to get to know the family to marry my single Mother.

Maybe the first or second time we met. I was alone with him and he tried to touch me. I was too afraid to say anything so I made an excuse about a stomach ache and went to hide in my bedroom… At 11 I had my first non consenting kiss from a 50 year old man. It’s disgusting but he also wanted to marry my Mum. And I had known him for years.” – S. J.

One British-Arab Muslim woman emphasized how her experiences with molestation as a child – from strangers in the supermarket to a close family friend whom she was later engaged to for a short period of time – affected her mental health and body image issues.

Yet more women have come forward with stories of sexual harassment from Muslim men in positions of religious leadership and authority.

“My earliest memory is of being molested by a family member, I can’t remember a time it didn’t happen in fact. Knowing it wasn’t right, knowing it was wrong but not having the vocabulary to even begin to formulate how to tell my parents. And then as I got older not knowing if they’d believe me, or if they did what could they do. So I lived with it, accepting that it was something that my body had to get used to – being used by someone else and not to question why, to shut down and close off, to die a little to survive.

He was well loved, liked, charming, an aspirational young man. And religious – a rising star in the small ‘islamic’ world we lived in. He was a social justice warrior, to this day I come across people I know sharing his posts on the injustices out there and how he is horrified by them and my skin prickles with fear and anger.
The world was his oyster – why would anyone even accept that he would use me when there were women (not pre-pubescent girls like) willing to give of themselves to him.

And then his friend, the mosque teacher who would insist I was his favourite and shower me with compliments (I was around 7 now). As the chosen one I got to sit next to him, he’d keep pulling me close, touching my back, hands wandering. Thankfully, he was sent back to his boarding school and I was left with my tormentor – the Jekyll and Hyde who I only found the courage to stand up to when I was 14.” – sister “B”

It is clear from these stories that sexual harassment is not something that only happens to nonMuslims or in nonMuslim countries. The issue of sexual abuse in the Muslim community cannot be dismissed by focusing on hijab alone; rather, it is topic that must be examined from various angles, and for which Muslims must find pragmatic, Islamically based solutions to.

In part 2, we will look at how the Muslim community needs to address sexual harassment head-on.