It must be acknowledged that there are headline-grabbing, self-proclaimed Muslim feminists who advocate some measures that blatantly contradict Islam as understood by Muslims throughout generations, since the time of the Prophet (PBUH).

One of them, for instance, advocates for women to serve as imams for jumuah prayer and in fact led a mixed-gender Friday prayer in the United States in 2005.  In 2013 she penned an article “Hajar of the Desert” where, in an attempt to highlight the courage of Hajar, whom she sees as an archetypal victim of patriarchy,  she infamously called Prophet Ibrahim (peace be upon him) a “dead beat dad” and his wife, Sarah, a foul name that does not bear repeating.

Another one has written similarly divisive articles.  Claiming to speak for Muslim women everywhere, she attacked hijab in a New York Times article of 2016, claiming, “As mainstream Muslim women, we see the girl’s headscarf not as a signal of ‘choice,’ but as a symbol of a dangerous purity culture, obsessed with honor and virginity, that has divided Muslim communities in our own civil war, or fitna, since the Saudi and Iranian regimes promulgated puritanical interpretations of Sunni and Shia Islam after the 1970s Saudi oil boom and the 1979 Iranian Revolution.” link

Such examples express controversial positions that some media outlets are eager to publish.  Perhaps because newspapers know that articles like theirs will generate a great deal of discussion and argument, or maybe because Those feminists tend to be critical of traditional Islam and supportive of modern Western sensibilities, their radical voices are amplified and hailed as being “progressive.”

However, the majority of Muslim women who consider themselves feminist are not nearly as divisive as the mentioned examples.  In fact, they are often traditional adherents who believe in the Qur’an and the sunnah and do not wish to change the deen itself.  They simply want Islam to be implemented properly and they are frustrated that, in general, it is not.

Some Muslim women believe that Islam itself is inherently feminist in the sense that both genders, while different, are equal in the sight of Allah SWT.  These women are using “feminism” in its broadest spirit –simply “pro-woman” or “pro-equality.”  However, since feminism has so many different definitions and manifestations, it can be problematic to label Islam with this human-made term.

For instance, the feminist movement has, over the years, espoused various causes that are contrary to Islamic beliefs. Because it is a human construct, feminism is imperfect. Why would Muslims, who believe in a perfect and divine comprehensive belief system, wish to adopt a label that is both inferior and unnecessary? 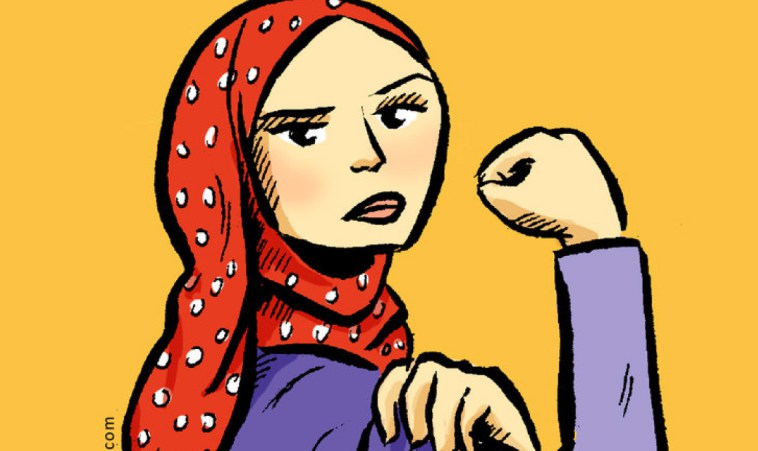 In many cases, sisters have turned to the imperfect human construct because it seems like the only possible conduit for change.  They observe how conditions for females around the world have improved, to varying degrees, due to the activism of feminists.  After all, women’s rights activists are behind most of the successful initiatives to prevent and combat rape, sexual harassment, and domestic violence, to advocate for women’s health and safety, to fight gender discrimination in courts of law, and to provide equal education to females.

Even in Muslim-majority countries, where women should be granted the rights given them by Allah SWT, feminist activism has seemingly come to the rescue, guaranteeing legal rights for women that should have been theirs, anyway.  For instance, in 2014, “spurred by a home-grown women’s movement,” Moroccan Parliament granted women the right to divorce their husbands.  In 2017, Saudi Arabia announced it would allow women to drive.

While the decision was primarily economic, rather than egalitarian, in nature, women’s groups like the Women2Drive campaign received some of the credit.   In 2017 Tunisia passed a Law on Eliminating Violence Against Women.  In a country where nearly half the female population experiences domestic violence, the law was clearly necessary and overdue, according to the women’s rights advocacy groups who lobbied for it.

In Lebanon, an antiquated law that allowed men to be exonerated and escape punishment for rape if they married the individual they raped was repealed in August, 2017.  Working to repeal the law, activists hung 30 white wedding dresses from nooses on Beirut’s seafront.

While it is true that Islam never prohibited women from terminating the marriage contract (khul’) or driving, and certainly does not condone rape or violence against women, the secular governments of Muslim-majority nations have betrayed women (and Islam) on these key issues.  So, ironically, the reinstatement of these basic rights feels like a feminist victory.

Inspired by these triumphs, some Muslim women wish to ride the momentum of feminism to improve their own situation.  Since feminism can be defined and individualized in so many ways, Muslim sisters who ally with it also feel free to disagree with any feminist opinions that contradict Islam:  the notion that hijab is oppressive, for instance.

Muslim women know that they have rights granted by their Creator, but they also know that those rights are often not being fulfilled in their homes, public spaces, or courts of law.  If Muslim men will not step up and protect their sisters, wives, mothers, and daughters — and if women’s voices are ignored or silenced — then feminism becomes the perceived savior.

In her article, Is Feminism the Problem?  Why Ideological Bandwagons Fail Islam, Nour Soubani explains,“Calling out ‘the patriarchy’ is often representative of the frustration of women who do not see their concerns taken seriously, and do not see themselves reflected as integral to their own communities.”  link

While they might lament the patriarchy, not all Muslim feminists want women to take over the world. Most, in fact, agree with the Islamic tenet that husbands should be the leaders of their families.  These women recognize that a position of leadership does not make husbands superior, but rather, more accountable to Allah SWT.  As Zara Faris writes in her article “Do Muslims Need a Feminist Theology?”:

Many self-proclaimed Muslim feminists simply want men’s interactions with women to be truly Islamic, not oppressive. Unfortunately, many Muslims do not differentiate between man-made traditions and ideologies and God-given rules. Faris explains, “ . .  .the Muslim world presently exhibits the traumas resulting from the post-colonial amputation of Islam from the education system, resulting in a broadly superficial, shallow understanding of Islam far removed from the way that Islam was classically understood, giving rise to injustices against both women and men.” link