I think that even though a woman’s “base” should be her home, she should not let her spare time go to waste.
aaa

I often come across rather polarized views regarding women and wealth. On one end, are the slightly misogynistic myths that purport that if a woman is allowed to earn her own money and become financially independent, she becomes too headstrong and rebellious, and loses interest in living a simple life that is spent mostly at home, with her family as her main focus.

Consequently, many of those who endorse this myth oppose higher education for girls (lest these girls become too difficult to ‘control’) and discourage or outright disallow women of any age from doing anything besides their domestic duties of serving their husbands, taking care of their homes, and raising their children.

Surprisingly, men and women who hold such beliefs think nothing of the women in their family wasting time watching television, idly surfing social media and the Internet, gossiping on the phone, reading fashion magazines, or splurging whatever money they possess in beauty salons, clubs and malls.

On the other extreme exists the belief that all women should get highly educated and work full-time in order to be as, if not more, materially successful and financially independent as men.

Most of those who endorse this latter concept believe that every woman should work at a full-time job in order to prove that she is doing something worthwhile, focusing only on ascending the corporate ladder no matter how loudly the ticking of their biological clocks resonates in their own ears, or how intensely they secretly desire maternity and a slower, more peaceful life that is totally in their own control.

For many of those who possess such strong views, women who choose to “just” stay at home and raise a family are akin to ‘losers’.

The reality is that women should be allowed to grow and mature according to their own individual selves, and yes, in my opinion, their first priority (either before or after marriage) should be their home — I strongly believe in and endorse this tenet of Islam.

I think that full-time, physically demanding jobs are for men because they have been obligated by Allah to work hard to provide for their families, whereas financial empowerment is for women.

Now let me explain what I mean, before you think that I just contradicted myself!

Having a job means that you are practically someone’s servant (yup, even if you are CEO of your organization, because if the CEO doesn’t deliver results, he will be out of his job, and stripped of his flashy set of company-maintained wheels right after the next annual board meeting, will he not?).

While a Muslim man has no choice but to join the rat race of employed corporate professionals as soon as possible, in order to fulfill the obligation of providing for his family, women have been spared the pressure of awaking at the crack of dawn to go out, take orders from someone else, and spend most of their day doing tasks that will be checked for performance appraisals later.

Women have been absolved from taking orders from others about what to do all day, because what most of them might really want to do is wake up at their own leisurely pace, prepare and consume a lazy breakfast at home without being rushed, and proceed to spend their day as they please – not as someone orders them to, in return for payment. 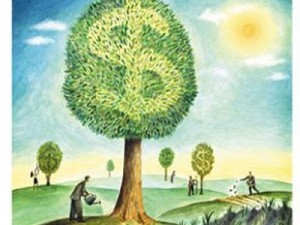 Most “empowered” working professionals today, will readily agree that the truly successful people are those who achieve enough material success/financial freedom in life.

Today’s women have been largely duped into believing that a successful person is the one who is kept on a tight leash by his employer, albeit paid highly on a monthly basis and provided impressive ‘perks’ in return for giving their fixed daily time and efforts to the duties of their job, and that too, strictly according to their employer’s wishes.

Most “empowered” working professionals today, will readily agree that the truly successful people are those who achieve enough material success/financial freedom in life, which allows them to retire early and lounge around next to a pool in their own mansion/farm/ranch/seaside retreat, sipping a (non-alcoholic) drink, and henceforth focus all their efforts on philanthropy and humanitarian work aimed at improving the lot of those in the world who are less privileged than themselves.

Yet, despite this widely accepted definition of worldly success (which is equated with complete financial freedom, as I said), many still look down upon the similarly ‘empowered’ Muslim woman who has been absolved from having to work for someone else in return for a salary.

She has been, instead, allowed to lounge around like this in her home, enjoying full financial security by having her husband provide for her, which allows her ample time and opportunities to do other kinds of beneficial work for others, on her own terms; work that she fits into the spare time lying around in her schedule – a schedule that is dictated primarily by her home-related obligations and duties.

When women do not want to be liberated by the excellence that Allah has provided to them through Islam (by absolving them from having to work in order to provide for themselves, or for others), but instead, want to “earn it” themselves by working outside the home, just like men.

The fact is, that for most young, single women who are used to supporting themselves financially by working at a strictly structured full-time job, it is often very difficult to become entirely dependent on their husbands for money after marriage.

It is another fact that many men (at least in the part of the world from which I hail) get intimidated by powerful and wealthy women. They prefer to marry women who are, and will continue to be, financially lesser-off than them and entirely dependent upon them for money. Such women are (according to their perception) easier to satisfy, ‘control’, and ‘tame’ into submission.

What I am saying is, that if a wife earns more money than him, a husband might start to change towards her in his attitude and behavior. This is a fact (not one that I am endorsing, but just stating) that exists all around the world, whether we like it or not.

Anyhow, what I want to say is that I do not subscribe to either of the polarized beliefs regarding women and wealth that I have mentioned above.

My beliefs lie somewhere in between: I think that even though a woman’s “base” should be her home (where she works and stays most of the time, arising from it only on the basis of need), she should not let her spare time – the one left over after she is done with her domestic duties – go to waste.

Rather, she should spend it in doing beneficial work for humankind, which is very easy to do in the current day and age, with the Internet and telecommuting options making it possible to bring about global good from within the confines of one’s own home office.

I also think that if women efficiently manage the money and other financial assets that they possess (and as life goes on, they will be possess more and more wealth, I can tell you that much, — but only if they discipline themselves to save it, spend it wisely, discharge their zakah scrupulously, and give supererogatory charity regularly for the sake of Allah), they can become financially very secure without needing to work for an employer — ever.

I refer to the Quran and sunnah as usual, whenever I am pondering about something in my mind (which is currently the issue of women and wealth), and I try to find answers therein.