For 1400 years, Muslim women have enjoyed many rights women in other societies hardly possessed until recently.
aaa

God created men and women with certain differences so that they complete each other. The biological differences assigned women primarily to bear and raise children and men to be the protector and maintainer of the family due to his physical strength.

Since Ancient times, however, these differences have made men feel superior over women who suffered from ill-treatment and injustice, being deprived of many social and economic rights throughout history. In the West, the chain has gradually broken only when historical events forced societies to grant women their rights – only to take advantage of them in other ways in return, causing great harm to the society which we can clearly see today.

In the Arabian peninsula, however, the chain of women’s exploitation has already broken hundreds of years ago by the arrival of Islam that, due to its Divine nature, remains the only system which gives rights to women and fully acknowledges their abilities and valuable skills while providing a harmonic atmosphere in which they take equal part in building a healthy society.

In ancient Europe, men had fairly low opinion of women and often considered them property rather than humans. The noble Greek philosopher, for example, Aristotle said the following in his book The Politics: “as regards the sexes, the male is by nature superior and the female inferior, the male ruler and the female subject.” [1]

The ancient world basically excluded women that they had no rights to participate in the decision making. They fully depended on men for their entire lives. Anything a woman possessed belonged to her father or her husband, and she couldn’t make a contract or enter financial transaction without the permission of her guardian. Inheritance was downright illegal to her.[2] Only the poor were forced to do physical work for living; elite women usually stayed  indoor so their guardian could make sure they don’t converse with other men as that was a sign of prostitution. [3] In Sparta, brothers could share the same wife and single men might have borrowed a wife![4]

The Roman Empire valued women the same way, except for a short period in which Emperor Augustus introduced a series of laws that gave much freedom for women. He restricted adultery, which was a morally accepted and common practice in the entire ancient world, and women were allowed to hold public office or work in the government.[5] However, the protests of men were of great impact that the circumvention of the laws began.[6] 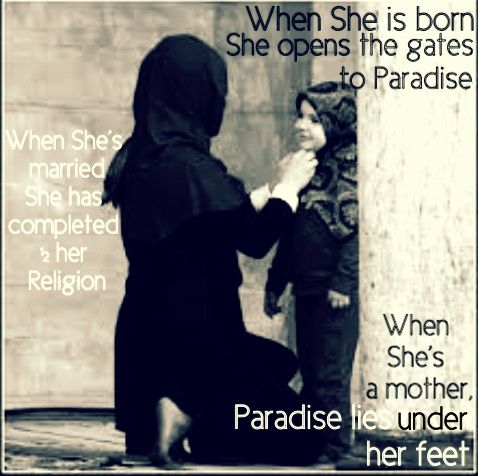 Even Christianity failed to improve the situation of women in the West due to its distorted teachings. Unlike Islam, the Bible we know today accuses Eve of persuading Adam to eat from the forbidden tree thus causing humankind to fell from Paradise to the Earth. God in the Bible even curses Eve and her female offspring with the pain of childbirth and threatens that her husband “will rule over you”. (Genesis 2:4-3:24)

This concept led to the common belief that women are evil, unreliable and morally inferior to men (Ecclesiastes 7:26-28 and Ecclesiasticus 25:19, 24) and created a society in Europe that restricted, oppressed and deprived women of their basic rights. (Timothy 2:11-14)

In the 18th century, the industrial revolution brought changes in the economic structure that forced women (usually from lower class) to enter the labor market. In the meantime, aristocracy allowed women to be educated although politics and business remained reserved for men.

Silence was still a woman’s best characteristics. But this gradually changed; by the early 20th century when women could obtain degree and enter the work field typically as teachers or nurses. During the French Revolution (1787-1799), women began to form feminist movements and expressed a collective voice, demanding economic, political, and educational rights.”[7]

Scandinavian countries granted the demanded rights to women first followed by Britain where the Matrimonial Causes Act (1857) allowed ordinary people to divorce (only on the grounds of adultery)[8], and where women voted the first time in 1928. Countries with Roman heritage remained behind, but soon after WWI and II, women entered the work market to compensate for the huge losses of men’s lives. However, it was not a choice any more.

By the middle of the 20th century, Western women successfully gained equality before the law; but gender feminists (unlike equality feminists) have continued their mission and “challenged that women should not be identified as wife and mother.”[9]

In post-modern times, gender feminists claim that”gender roles are boxes that people are asked to fit themselves into”[10]and that there aren’t anything biological about men or women that should form social roles despite scientific facts which show the opposite.[11] 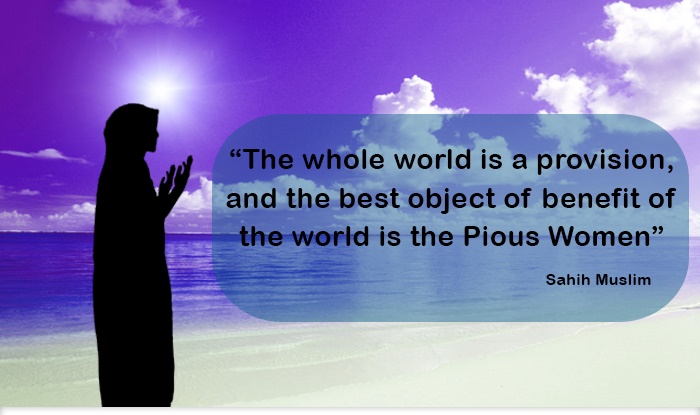 Today’s feminists seem to take revenge against the centuries-long deprivation of their rights and go further by seeking gender privilege instead of equal justice.[12] In reality, individualism and the value-free approach of the West is just another way to harm women where the picture of the ideal woman is shaped according to the interest of the market while ridiculing those who refuse being part of the system. Hence, modesty and norms are looked down, and the role of motherhood  and the importance of family are devaluated which have had extreme social and financial cost in the Western society.[13]