Research indicates that, unfortunately, many Muslim women with fertility issues are stigmatized and ostracized by members of their family and community.
aaa

Muslim women are no exception.

Tell us about yourself and how the idea of launching the Project started.

I received my B.A. in Neuroscience & Behavior from Barnard College of Columbia University. Currently, I’m completing my Ph.D. in Clinical Psychology, with a concentration in Health Psychology, at Drexel University. My research focuses on women’s reproductive health issues, with a particular interest in the infertility and pregnancy experiences of minority women.

I have always been passionate about studies related to women’s health because they are both fascinating and relevant to my reality as a woman. I also enjoy breaking the silence around culturally taboo topics. Growing up, discussions around sexual health, reproductive health, and mental health were essentially non-existent in the American Muslim community. I purposely used the phrase “cultural taboos” and not “religious taboos,” because religiously it is permissible to discuss these subjects. People have a right to be educated about these topics, and I want to be a part of that process.

Unfortunately, when I dove into the existing literature on Muslims’ infertility experiences, I found very little information. The Muslim Fertility Project was sparked by my interests and a need to address this research gap.

What are your goals with the project?

The Muslim Fertility Project (MFP) is an initiative that includes my current research study, as well as the long-term goal of creating a support group for Muslim women struggling with infertility.

My current study aims to understand the impact of faith on the mental health and coping of Muslim women with fertility issues. This study will provide some of the groundwork needed to develop interventions that will benefit infertile Muslim women physically and mentally, ultimately increasing their chances of healthy pregnancy. In addition, the Muslim Fertility Project support group will provide long-term resources and programming for these women.

Besides the survey, you recently conducted a conversation on Twitter under #MuslimFertility. Tell us about your achievements so far.

I launched the study in January 2016 with a video that shattered the wall of silence around infertility in the Muslim community and exposed the lack resources for Muslim women struggling to get pregnant or carry a pregnancy to live birth. In the first week, the video was viewed about 3,000 times daily.

Today, the MFP video has over 82,000 views, with about 80% of views taking place in the project’s first month alone. Almost 1,600 individuals have completed the study survey to date, half of whom completed the survey within the first 10 days. Many participants noted that they found the process of completing the anonymous survey to be therapeutic. Since the launch of the study, I also have been inundated with touching messages from Muslims worldwide who are struggling with infertility. Many women – and men – have expressed their support and gratitude for the Muslim Fertility Project, and affirmed that this is a conversation they have needed and wanted for so long.

Given the taboo nature of the topic, I was pleasantly surprised by the response to the study, Facebook page, and video. This response is telling, as it reveals that not only are many Muslims struggling with infertility, but that the community is ready to have discussions about fertility issues. The Twitter conversation confirmed this, as many women and some men shared pieces of their infertlity journey.

More recently, I was focused on writing a book chapter on the psychological issues surrounding Muslim women’s experiences of infertility, which should be available in 2017. Currently, I’m analyzing the Muslim Fertility Project study data, and I look forward to sharing the results in the coming months.

What are the reasons for the growing phenomenon of infertility, particularly among Western women including Muslims? (Are women to be blamed only for the problem as it’s commonly assumed?) 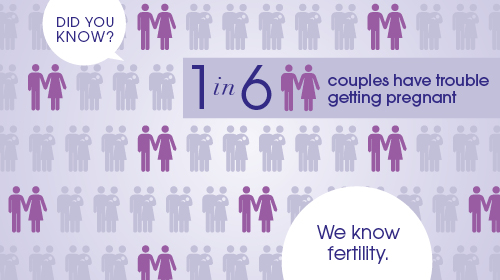 What role do the Muslim community and families play in the life of infertile Muslim women? Do they reject or comfort them?

Research indicates that, unfortunately, many Muslim women with fertility issues are stigmatized and ostracized by members of their family and community. They are often blamed for the lack of fertility, even if their husbands are medically responsible. Infertility can lead to conflict with a spouse and other family members.

Women who experience pressure to have a child by their family members are more likely to suffer from depression and symptoms of other mental health disorders.

Women also experience pressure to have children from community members. For example, women are often asked intrusive questions by well-meaning people about when they will have children or even given unsolicited advice about how to get pregnant. In many communities, women who cannot have children are seen as inferior and are treated with less respect than women with mulptile children.

It is no surprise that women who are shamed for their infertility are more likely to experience psychological distress than those who do not. However, the opposite is also true – strong social support through one’s spouse, family, and community can protect against distress.

Is there anything young women can do to prevent infertility?

There are many factors that may cause or contribute to the experience of infertility. Fortunately, there are great online resources that detail some of this information, such as reproductivefacts.org, revolve.org, and domarcenter.com. You can also consult an OB/GYN, reproductive endocrinologist, or primary care physician.

What future do infertile Muslim women have in the West? (adoption, any other option)

Many couples with fertility issues turn to infertility treatment and adoption. If you have been unable to conceive after 12 months or more of unprotected intercourse (or 6 months for women 35 or older), it is critical that you seek help from a reproductive endocrinologist. For those interested in adoption, check out New Star Kafala, the first ever US-based adoption agency that supports Muslim children. They provide “ethical, cost effective, and sharia compliant adoptions.” You can learn more about New Star Kafala on their website.

How can someone support Muslim Fertility Project?

There are many ways to support the Muslim Fertility Project: