The night before Eid…

The moon has been sighted, the official ‘Eid announcement has been made and the atmosphere instantly swells with excitement. You would think being away from family on such an event would dampen the spirit, but I was living in a city like no other; I was living in Makkah, the birthplace of Islam!

This fact alone made things extra special and gave me reason enough to simply enjoy being in a blessed land at a blessed time. Besides, now that we had been here so long, we had met people from all over the world who became our ‘family away from home’ and with whom we could celebrate together. So, how exactly does ‘Eid in Makkah differ from ‘Eid back in England? 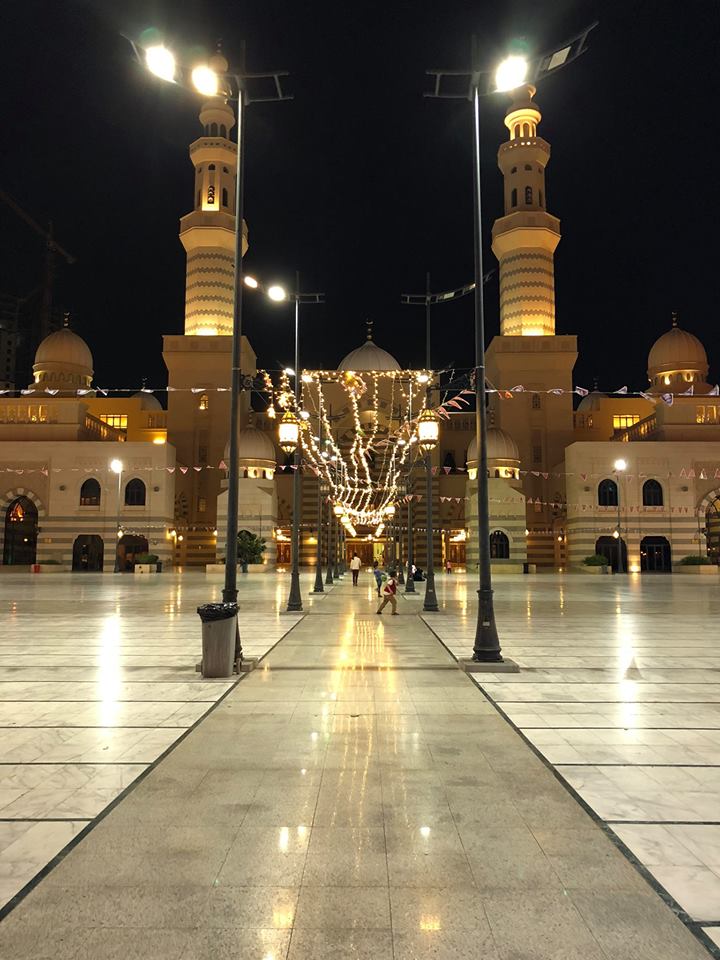 For the past month, life had pleasantly revolved around Ramadan and not the other way around. Schools were closed and working hours were shortened, which allowed for a topsy-turvy routine of the family staying awake all night (moreso during the last ten nights) and catching up on sleep during the day. I liked to call it the “Saudi style.”

As in many Muslim countries, ‘Eid is a national holiday and so the evening before finds the city’s shops and markets buzzing with families preparing for a day of festivity and treats. Makkah is a truly multicultural city and this becomes more evident on special occasions as vendors sell different foods and clothing, catering to expats who want to keep their own traditions.

I was not exempt from the late night shopping and my boys loved to be out choosing their own gifts! Driving down roads alight with decorations and splendor was a beautiful sight and a reminder of how wonderful it was to be celebrating amongst hundreds of Muslims.

Rise and shine! Not an easy feat when your body has loved to crash right about the time you have to leave the house to pray. Whereas the ‘Eid prayer at our masjid back home in England would begin at a fairly reasonable hour of 8am, our congregation in Makkah was to begin shortly after the Fajr Prayer. From previous experience, we knew Masjid al Haram would be brimming with worshippers who reserved their coveted spots hours in advance and so, each year, my husband and I made the sensible choice of taking our kids to pray outdoors with the locals. 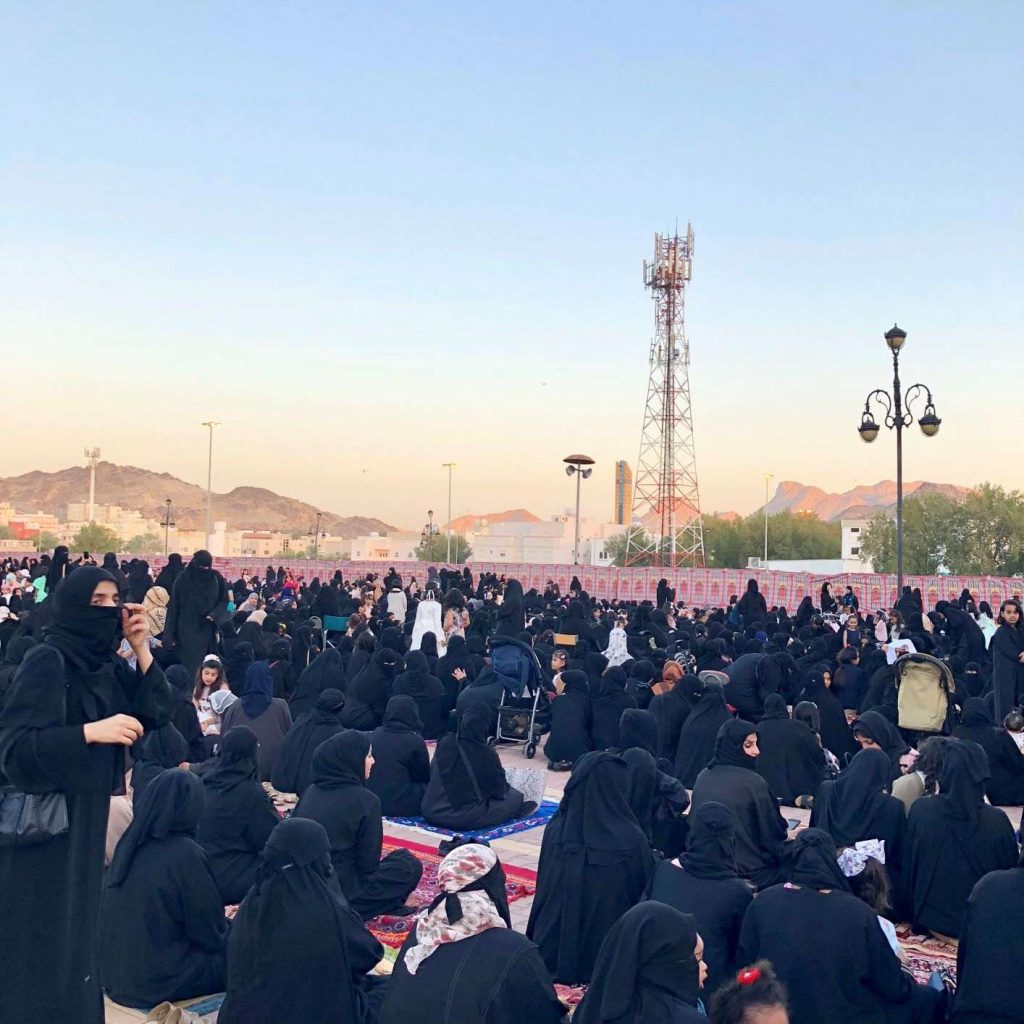 After a quick snack of milk and dates, we made our way to the “musallah-Eid” – spacious, open areas dedicated to prayer in the bigger neighborhoods. The streets resounded with the melodious rhythm of the ‘Eid takbeer, echoing amongst the mountains, as I joined the women in the early morning breeze, waiting for the salah and khutbah to begin. I watched my youngest run around with the throng of children closest to us and silently thanked Allah for granting me three boys, alhamdulillah! Dressing them in thobes was easy and I could never fathom how mothers managed to get their daughters looking immaculate in pretty frocks, colourful, traditional attire and salon, blow-dried hair first thing in the morning!

Taqabbal Allahu minna wa minkum! Once our morning ibadah is over, the sisters greet each other and little children eagerly receive goody bags filled with sweets and money. It’s time to go home and relax until we gather with friends for our own little party.

As a child, I remember finding it outrageous when my parents and elders insisted on a quick nap before lunch. Who would sleep on ‘Eid day?? Yet here I was, eyes closing, while my husband made a full English breakfast. After a leisurely, scrumptious, morning meal, it was time to video-call home. Being a couple of hours ahead meant I could have a glimpse of everyone still at the masjid greeting each other and joining in with the jubilant salams and Eid mubarak’s all around.

The plan was to go out much later on, which gave us all time to sleep properly – including the kids – and squeeze in a couple of computer games. Due to the scorching summer heat (and the exhaustion from the days before!) the evening is when ‘Eid truly began for us. Over the years, we had arranged and attended potluck parties with friends in our homes that lasted until the early hours. We always made sure to play classic party games such as pass the parcel and “nasheedical statues” as no ‘Eid was complete without a little Dawud Wharnsby and Zain Bhika!

‘Eid 2018 had fallen in June and most expat families, including our friends, had already returned to their native countries for the holidays. The few of us who remained decided to take our meet up to Masjid al-Rajhi, the second biggest masjid in Makkah. We were used to making the most of the fabulous, marbled area outside; it was a popular picnic-spot for families after Maghrib throughout the year, but we were in for a surprise with the sparkly lights and bunting that had been erected to mark the special day!

We laid out our mats, kicked off our shoes and caught up on what we had been up to. Despite the humidity, our children brought out their bikes, scooters and footballs for entertainment whilst we finally set out the delicious array of food: roast chicken, lamb biryani, curries with naan bread and, of course, dessert.  It was time to eat again! Food aplenty, great company and beautiful surroundings, what more could I ask for? Nothing was missing this ‘Eid.

Whoever you are with and wherever you are in the world, here’s wishing you a blessed and joyous ‘Eid filled with memories to cherish forever.