The sites made your skin fill with goose pimples. People from all over the Word regardless of their gender, race or nationality were united in their goal to reach the blessed place of Arafat seeking their lord’s favor and forgiveness.

Arafat camps stretched for miles and miles with a sea of people buzzing in every direction looking for their travel agencies camp site. We arrived to camp and were greeted by friendly staff from our travel agency and settled into our tent and had a buffet breakfast and rested a while as we waited for all of the pilgrims from our groups to arrive.

Arafat is interesting because you see many people take full advantage of this day and make du’a for hours on end – tears streaming down their face and water swelling in their eyes as they pray for themselves, loved ones and friends.

Others didn’t maximize on their time in Arafat. They spent the day complaining about the heat, the buffet, the air-conditioning being too cold and so on. Others complained the camp site was too luxurious and claimed they didn’t pay to go on a “honeymoon”. Unfortunately, you can’t please everyone and many pilgrims spent the day of Arafah complaining.

I was deeply saddened to see many of my Muslim brothers and sisters not maximize their time in such a blessed place and space. Instead of making dua’ for their dunya and akhira (the hereafter) they spent their time complaining, chomping away at the buffet, sleeping or chatting the day away with a friend.

However, the day of Arafat taught me a lot about the state of the ummah. Many millennials like myself are eager to turn to Allah and make the most out of our days in Arafat. There are many young people who are becoming more observant and practicing Muslims and this is a good sign for the Ummah overall.

I left Arafat with a sense of hope. Hope that Islam will be revived and practiced more openly as my generation becomes more unapologetically Muslim. I have hope that Allah will have mercy on all of us regardless of how we spend the day of Arafat because we were all His honored guests after all. I also left with hope that Allah will answer all of our prayers and if not in this life, in the next. 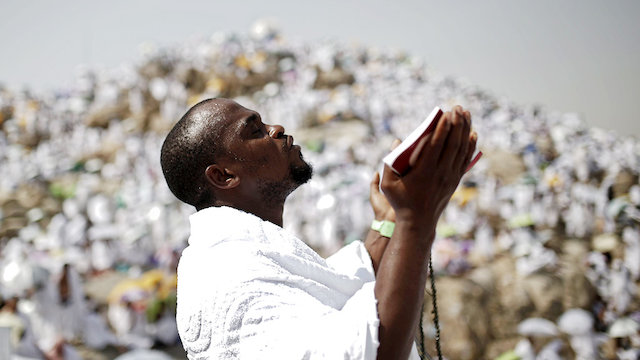 This portion of my Hajj journey was short and sweet. Mainly because I was asleep for the majority of it. Exhaustion got to me and sleep became priority over eating and relieving myself in the restroom. It took me a little over 4 hours to reach Muzdalifah after leaving Arafat. Not because of the distance no, but because of the people traffic.

There were approximately 2.7 million Hajjis who were hosted this year. As you can imagine, when we are all simultaneously moving from place to place we are likely to hit some traffic. Once I got on the train and walked to my campsite I found a spot and put my bag down. I told myself I would rest for only 5 minutes, use the restroom and have some dinner but my body had other plans – sleep.

Although there was the hustle and bustle of 2.7 million hajjis around me scurrying from place to place, honking, yelling, praying and conversing – I can honestly say that this was some of the most peaceful and serene sleep I have ever had. Laying under the stars and gazing up at the moon I thought to myself this is such a beautiful sunnah of my beloved (PBUH) and before I could complete my thought- I fell asleep. 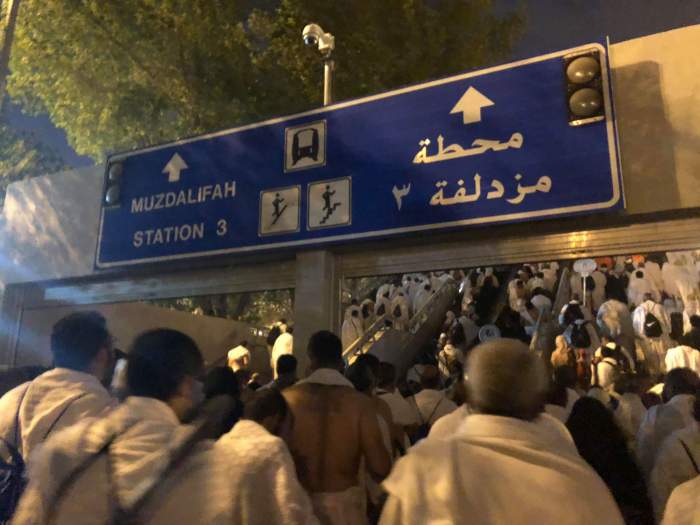 Many women folk, the elderly and children left muzdalifah shortly after midnight. I chose to stay until fajr as per the sunnah and because I was asleep. After prayer and gathering up the hajjis from our camp site, we walked to the train station and waited for our turn to board the train to the jamaraat.

Let me set up the scenario for you. It’s just after sunrise, in the middle of the desert. It’s hot. It’s humid, sweaty and sticky. The crowds of hajjis are smelly and tired and we are all gathered up together in the same spaces standing for hours on end, waiting to board the trains to the jamaraat.

At this point, the Hajji has a few options on how they choose to proceed in this undoubtedly uncomfortable situation. The hajji can

A) Complain – brining about absolutely no results or change to their status while simultaneously risking losing their Hajj.

B) Become Angry and Frustrated – lashing out on any Hajji who crosses their path and again – risk losing their hajj.

C) Do dhikr and spend their idle time remembering Allah. This was my choice and between us, is one of my favorite acts of worship. I figured I was going to be standing in line for hours so I might as well make the most of it and do my morning and evening remembrance and pray that things move smoothly.

In my opinion, there is no better way to spend your idle time than remembering Allah. Not only did this ease my burden and distract me from my physical discomfort, it caused a ripple effect and reminded other hajjis around me to do the same.

As I prayed for relief from my discomfort, other hajjis came to my aide. Saudi police officers offered me water, cold sprits of water to my face (believe me, it does a lot to help cool you down in a sea of sweaty people) and was offered snacks, fanned with cardboard and electric fans by other hajjis and as soon as my discomfort was at a minimum I was able to help another sister who was struggling in the sticky hot, dehydrated crowds of people and then offered other sisters what I had to ease their physical discomfort. 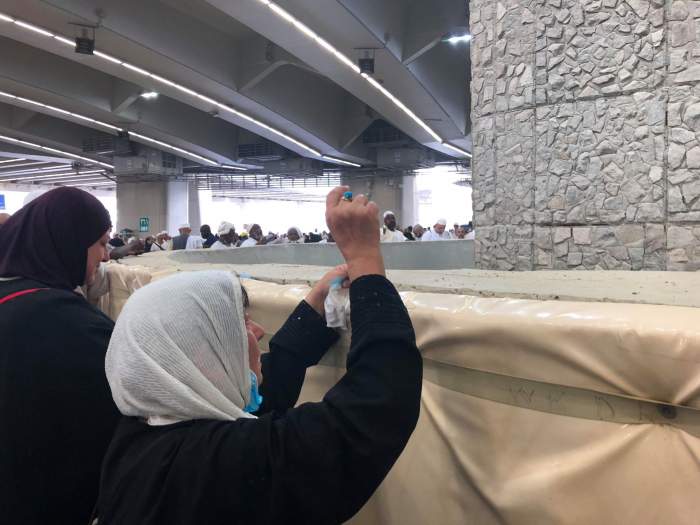