I was leaving and didn’t know if I would or even could return to the only home I have ever known.
aaa

I never imagined that a presidential campaign could change my life so suddenly and drastically. For most of my life, a presidential election meant old, white men running from city to city, politely yelling at each other about things they didn’t actually care about, and promising to do things they had NO intention of doing.

Gradually turning up the heat

I rushed to put the finishing touches on a blog post before I had to turn my laptop to airplane mode. I was on my way to an Islamophobia conference in Australia to present my research, feeling almost gleeful about getting some respite from the anti-Muslim sentiment in America.

That day on the plane I blogged about Trump’s belief that US Muslims should be made to wear ID badges.  I recommended the ID badges should include the first amendment right to freedom of religion.

The day after my return from the Islamophobia conference (you can cut this irony with a knife) Trump decided that there should be “a total and complete shutdown of Muslims entering the United States”[i].

Had I returned a day later, to my own country, under such a shutdown I would not have been allowed to come home.

Many journalists, some sane politicians, and academics, and a lot of regular people were shocked by Trump’s blustering and use of Islamophobia (and fears of other minorities) to gain popularity. Many figured this man would lose support and steam and his campaign would eventually die out. Americans would see through it. He obviously lacked knowledge of American principles.

But I feared the worst. My Islamophobia research lead me to research the path hate takes in a society. It is like setting fire to a dry brush. I know how fear is easily turned into hate and used as a political tool. And I know how that tool is so easily put into action. The foundation for all of this had already been lain over the past 15 years. And Trump knew all he had to do was cut open the wound and let it bleed.

The fruits of Trump’s labor

And then it started to infect people in my life. People in the periphery of my own life began to discuss “the Muslims” as if they didn’t know me, as if they hadn’t spent to the last 15 years learning from me what Islam actually is and who the Muslims actually are. People who have known me from birth, began to look at me with suspicion. People close to me began to talk in hushed tones in my presence and rant loudly behind my back about misconceptions and stereotypes. There were also people who offered a support. To those kind people I am eternally grateful.

But I could feel the tide turning. Americans were and are being incited to fear, to hate, and some of that has ultimately come to violence.

Anytime I shared my outrage at Trump’s statements about Muslims (and any other minority group), people would defend him, claiming: He is just talking. He won’t actually do anything he says. But what these people failed to see was and is that as Trump “talks the talk”, many Americans were and are feeling emboldened to “walk the walk”.

Things started ramping up. Every day I logged onto Facebook, or spoke to a friend, or even opened my email, I heard stories of Muslims being murdered, brutally beaten, women having clothing ripped off in public, and mosques being vandalized or set on fire. A friend received a death threat from a neighbor. A Muslim lady visiting New York was set on fire. Two Muslim women and their infant children were physically attacked. An imam was shot point blank while walking down the street. Sadly, I knew this was the course of hate inflamed in a society and it wasn’t going to get better any time soon. 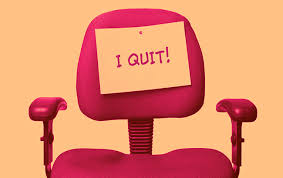 People who have known me from birth, began to look at me with suspicion.

I could see the effects of Islamophobia intensify in my own life. Anytime I went somewhere alone; someone had a negative comment, a scowl, or just an aggressive stare to offer me. There were also people who offered a sympathetic smile and a sincere “hello”. To those kind people I am eternally grateful.

But I could feel the hate mounting. And I could not ignore the writing on the wall.

It was no coincidence, Trump’s outlandish statements like “Islam hates us” and suggested anti-Muslim policies were directly related to the heightened anti-Muslim sentiment and hate crimes. Since Trump’s campaign for presidency began, attacks on Muslims have risen by 87.5%.[ii]

It was no coincidence that I felt helpless in the rising tide. No matter what I wrote, what interview I gave, I felt there was no use that I should just give up. There was a direct correlation between Trump speech, his followers’ actions, and my depression. My doctor instructed me to stop watching the news. But nothing was going to change facts. I, to many Americans, was not welcome in my own country.

I was tired of worrying if the guy starting from the truck next to me in traffic had a gun, had a belief in Trump’s rhetoric, and was itching to walk Trump’s talk. I was done being followed by every security guard everywhere. I was done being policed by citizen who know nothing about me and even less about Islam. I was done.

As I said, Allah (SWT) made a path for me, and I set my feet firmly on that path. I cursed Trump as I went through every bobble I owned, deciding if it was worth the space in my suitcase or my small storage unit. I couldn’t believe how my country had been whipped up into such hysterics seemingly overnight, as I spent the last night in my own bed. Giving the keys to my landlord not knowing where my next home would be felt like death. I could not believe it had come to this. I was leaving and didn’t know if I would or even could return to the only home I have ever known.

I understand the need to discuss serious issues like extremism and terrorism in election cycles. But this election, Trump decided to use this serious issue to rip open the wound that is Islamophobia, to let it bleed to get attention for himself. Because of that I am sitting in a tiny hotel room, away from my home, having given away most of my belongings, typing this.

I do not know where my home will be after November. I don’t know if the damage Trump has done in terms of ripping diverse American communities apart can ever be repaired. I don’t know what my or America’s future will hold. But I do know that once I was outside of America, I felt safe: I was and am treated with dignity. I had long forgotten what that’s like.

Your Vote Matters: US Muslims Told

US Muslim Women Unite Against Trump

US Muslims Weigh Options: Hillary, Trump, or None