People use money every single day. It is an essential of life. Has one ever wondered about the coins or money used by Muslim predecessors? Did they ever use something such as money or did they have different ways of transactions. Let’s go back in time and learn of the earlier Muslims way of transactions.

During the time of Prophet Muhammad (PBUH) there were two main superpowers. The Byzantine empire and the Persian empire.

Both empires were ruled by Kings and had a government system which people living in the respected areas followed. However, in Arabia life was governed differently. For instance, tribal leaders were elected to make decisions and tribes played an essential part in the lives of people who resided there.

Arabia was best known for business, which means people there would travel and barter goods. They would travel in caravans to different lands by foot or an animal and exchange goods as a kind of trade. For instance there were two valuable fragrances, frankincense and myrrh, that could be found only in that part of the world. Also they would trade spices, gold, ivory, and pearls, just to name a few objects.

Since the community of Arabia used to barter goods there was no need for any currency. So the question is when did Muslim merchants begin using currency? A need for currency rose up several years after the demise of the Prophet Muhammad (PBUH).

Muslims introduction to the concept of currency

As the Muslim empire spread throughout the East and West, masses of people entered into Islam. Hence, when Muslim leaders entered upon new lands they had to retain the governing system with a few modifications and with it came the usage of coins. The Byzantine empire used the gold coin called solidus. The Persian empire used the silver coin named drachm. The Muslim governors continued to mint the same old coins which barred the symbols of Christian cross, monarchs, and fire temples.

By the time of caliph uthman Arabic inscriptions such as Bismillah were being stamped around the wide margin of the Persian silver coins. Also in the business market the Islamic civilization was beginning to gain ground through the Islamic writings and hijrah dates were inscribed upon the coins. However, this wasn’t much of a change or when the actual Islamic coins minting began. Apart from these simple modifications most of the coins remained the same, displaying a crowned Persian King and pahlavi writing. 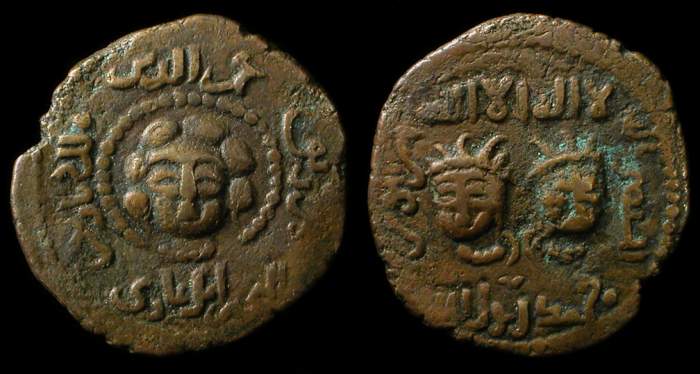 Original Islamic coins started in AH 77 or 696-697 CE. At the time of the fifth umayyad caliph named Abd Al Malik ibn Marwan. This caliph reformed the coin with Arabic writing and removed all other inscriptions and drawings. He also established the standard of weight in the gold and silver coins. Both coins were also renamed. The gold coin was called dinar, which stems from Latin denarius that means gold. The silver coin was called dirham, which stems from the Greek language drakhme meaning coin.

These Islamic coins held very religious connotations in the way they were designed. The side of the coin with the most important stamp bore the first part of the shahadah in Kufic script. On the back of the coin, surah Al tawbah ayah 33 was inscribed. In that ayah it says, “Muhammad is the messenger of Allah, who sent him with guidance and the religion of truth that He might make it supreme over all other religions.” These early Islamic coins continued with the same design and weight for the next thousand years!

Islamic coins were a great change brought to the Muslim world by a great man. It helped the Muslim merchants feel pride in their business dealings with other nations and also provided a platform for later generations to come. The coins are still available in museums around the world for one to acknowledge, appreciate, and learn the historical past of our nation.