There has been a tendency to mix between romantic and spiritual love, with a mistaken belief that both are just two faces of the same coin. While I agree that both emanate from the same sacred fountain of life, with an objective of creating enjoyable and serene atmosphere, there is a clear distinction between them.

The point is this; there can be no blurring of lines between spiritual love and romantic love.  They are not a variation on the same theme.  They are two completely different and opposite states.  And the mixing of the two has led to a silent confusion as evidenced by the stockpile of loveless, sexless, meaningless unions between partners who are held together by the emotional blackmail of love’s spiritual definition.  Love as purely spiritual is the emptiest form of love possible between a man and a woman.

Can Love Be Conditional?

In romantic relationships love and intimacy are inseparable.  If you have one you must have the other.   If you destroy the meaning of one, you will have destroyed the meaning of the other. If you do not love your soul mate,   you are destroying your own appreciation of intimacy and reducing yourself to the fate of an animal.  Whether this is done out of blind lust or done out of duty is irrelevant, for both will do equal violence to your soul.

When intimacy is granted the sacred status it deserves in society, then nothing could be a greater compliment to a man or a woman than to be the object of sexual pleasure in the eyes of a worthy lover.  Romantic love is meaningful precisely because it is selfish. But romance has been destroyed by our historical fetish with the concept of love as being unconditional.

Romantic love is uncompromisingly conditional.  And its conditions are lofty.  But before we understand the conditions that make the feeling of romantic love possible, we need to understand why we have such a skewed definition of love to begin with.

Historically it was the Christian church which codified the meaning of love as an act of self-sacrifice and pronounced sex as a necessary evil.  And although most religions have rejected this definition in practice, they have subconsciously and completely internalized it in spirit.

The church espouses a radical love theology which does not place any conditions on love; it does not recognize love as a selfish need, but only as a religious value.  It does not recognize sex as the highest form of sacred pleasure possible to man,  but only as a capacity to be repressed or performed with the intent to procreate; Hence the laws against divorce, the institution of celibacy and the initial ban on birth control.

Love as an act of giving to those who do not deserve is perceived to be nobler than to giving to those you deem most deserving.   This is because the latter has an element of selfishness while the former requires sacrifice on your part.

Sacrifice is the fundamental feature of spiritual love.  This is not to say that spiritual love is an evil.  On the contrary, for love between mother and child is spiritual, but when applied to romantic relationships, it leads to its destruction for it has thus been reduced to an act of humility.  And sexual relations are not meant to be an exercise in humility, but an exercise in pride. 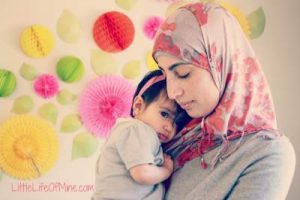 Love between mother and child is spiritual, but when applied to romantic relationships, it leads to its destruction…

Let’s be clear.  It is not a choice, but a fact of nature that one cannot and is not experiencing romantic love if they have to compromise their needs in the process.  This is not love, it’s rather a psychological coercion, manifesting itself as duty.  And duty and sex cannot co-exist simply because it is not physically possible.  Our bodies were designed to protest under those conditions and they will eventually not respond and become impotent.

Spiritual love demands that one should make love by making peace with the injustice of sexual repression.   It pronounces those needs as weakness, thereby destroying a man’s self esteem, making the possibility of romantic love inaccessible to him.  WHY?  Because the most important condition to romantic love is self esteem. And a man without esteem is more inclined to break moral laws as a way of asserting the moral autonomy he lost when his desire for intimacy was damned.  The irony being, that spiritual love when applied to our romantic relationships ends up leading us to an unsanitary spiritual existence.

Romantic love is a lofty goal for a man or a woman and very important to define, because in defining it we will be compelled to define all the values which make its achievement possible.   What more practical incentive does one need to uphold their values than the potential for romantic love and its corollary of sexual fulfillment?  Morality without its corresponding reward is a morality which gives man irrational goals, because its ultimate goal is your failure.  The morality of romantic love has only one goal, your total success in every venue of life.

If you have a desire apart from moral values, then you are confusing desires with depravity.  And in doing so you will be sentencing yourself to a life where pleasure will depend on the limitations that sensory experiences can deliver. 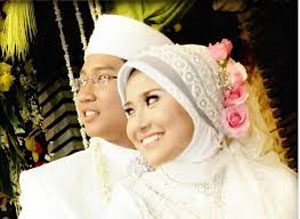 Romantic love is a love which requires the union of two confident individuals whose confidence is not acquired through their loving soul mates.

When your standard of value becomes exclusively physical, you will not be able to experience pleasure except through more and more forceful sensory experiences.  This is the root cause of the perverted forms of sexual behaviors we are witnessing today.   Intimacy void of values gives an indication about a sexual capacity that will end up being premature or make the person increasingly more perverted over time.  The antidote to such degeneracy is romantic love, properly defined.

What is romantic love?

Romantic love is a love which requires the union of two confident individuals whose confidence is not acquired through their loving soul mates.  Romantic love is judgmental; it’s an emotional response to your life partner whom you recognize through your ability to recognize your own values in action.

Romantic love must be earned, not by seducing another, but by making yourself worthy of seduction, and by making yourself someone worthy of the greatest reward that life has to offer – True love.  The aspiration for romantic love and sex is an aspiration towards morality, spirituality and closeness to God.   And so we are left with this strange reunion where romantic love, when put into practice, develops all the features of being spiritual.

This is the nature of nature; and this is God’s prescription.  This is reinforced by Islam’s celebration of our practical sexual needs,  not as something carnal,  but as something  glorious.  It is something which is of the utmost priority in a man’s life.

Why?  Because it is the means to the highest spiritual end.  Romantic love is a goal worth fighting for.  So let us heed the proverb:  let love come last, after the lesson is learned, for love like all things, must be earned!