Whenever I meet somebody for the first time, I usually know what they are wondering. With a distinctive blend of confusion and inquisitiveness, it is only until that person plucks up the courage to ask the question, that I already know is on their mind, that I am able to satisfy their curiosity.

“Where exactly are you from?”

I (kind of) understand why people find it difficult to figure out my heritage. I have blue-grey eyes, an olive-ish complexion, full lips and a full nose. To top it all off, I wear a Hijab, so any chance of figuring out my ethnicity from the texture of my hair is impossible, unless I show you a picture without one.

“Where are you from?”

“Where are you from?” or “What race are you”? are questions that I have practically grown up with my whole life. Though this used to be a constant source of frustration when I was younger, it has now turned into my own little social experiment.

I never answer the question without first asking, “Where do you think I’m from?” I have received so many different answers over the years, ranging from: Morocco, Algeria, Pakistan, Somalia, and Brazil. But never in my life has anyone gotten my identity completely right: I am Jamaican and yes, I am black.

The initial response that I usually get is absolute shock.

One sister even tried to tell me that I was lying about my own heritage. For the most part, people just cannot fathom the idea that Jamaican Muslims even exist. Despite the fact that most people in the Caribbean (particularly those of African and South Asian descent) have some ancestral lineage with Islam; Caribbean Muslims cannot escape the stereotype that we are either Christian or Rasta.

People just do not realize that there are large, Muslim communities throughout the entire Caribbean, and most certainly do not know that many of the ancestors brought to the Caribbean from West/Central Africa were Muslim (although I acknowledge our own spiritual systems prior to the arrival of Islam in Africa).

Nonetheless, initial shock tends to transform into two very different reactions. Most respond with an excitement that turns into countless other questions about my family and my heritage. But, I have also received a completely different reaction: complete disappointment.

Funnily enough, and it pains me to say it, the vast majority of prejudice that I have faced as a Black-Muslim-woman has come from other Muslims. This should not, in any way, be seen as a reflection of Islam itself; Islam as a doctrine does not preach racial discrimination. But let’s also not be naive. Racial discrimination is an issue within the Muslim community, and it is especially targeted towards our brothers and sisters of African/Caribbean descent. 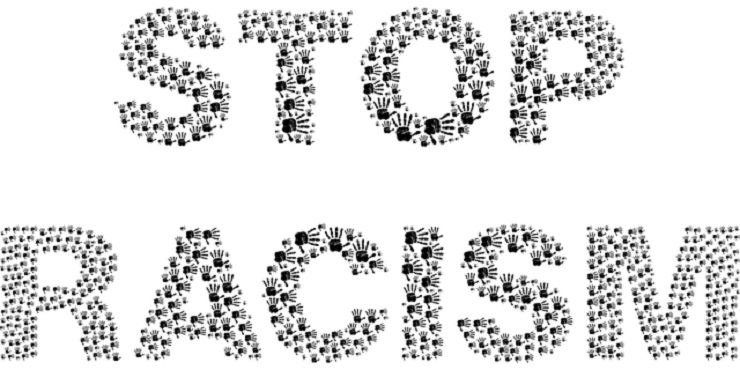 Personally speaking, I have come across older, Muslim women, who I presume are on the look-out for potential wives for their unmarried sons, who tend to mistake me for Arab. Once I answer that very question “Where are you from sister?” they magically seem to lose all interest in speaking with me.

I have even had a Muslim brother outright tell me that he could never introduce someone like me to his family because I am, ‘you know…from a different culture’. But again, let’s not beat around the bush. What he was really saying, though he may not have even realized it himself, or intentionally meant it that way, was – because you are Jamaican…because you are black.

I won’t claim to have faced the same discrimination that many of my other Black, Muslim sisters probably go through. But I certainly have had a unique experience of what happens when people assume that you are one thing, but turn out to be the complete opposite of their assumptions. It is why I am so unapologetic about how I choose to identify myself, and why I am not afraid to challenge prejudice – both within and outside the Muslim community.

Here is my advice to my fellow Black, Muslim sisters facing discrimination: Islam is beautiful. Black is beautiful. Women are beautiful. Educate yourself and know yourself, so that you can educate others, with an air of esteem and dignity.

This article first appeared on The Black Muslim Times UK

This article is from our archive, originally published at an earlier date, and now republished for the occasion of Black History Month in UK