To understand the significance of the Holy Land for all three Abrahamic faiths, we don’t need to go back in time and argue the “who was where first.”
aaa

Before science introduced the concept of facts, religion had already instituted the power of faith. Faith that the prophecies of God will come to pass by observing, not breaking his laws. Faith that nothing is impossible for God.  Faith that  pragmatic and practical attempts at understanding the facts and the frictions surrounding the Holy Land are totally futile.

Before science introduced the concept of facts, religion had already instituted the power of truth. The truth that there are no practical solution to our political pathologies, there are only spiritual ones. In matters of religion truth prevails over history and politics. To fully understand the Holy Land, we must relinquish our obsession with  the endless facts spanning thousands of years, and direct our focus on the truths.

As people of faith, we are truth seekers and not fact finders.  And for a truth seeker to understand the Holy Land you must first be a holy person. Because a holy man will not arrive at any conclusions by looking at any one point in history. To understand the significance of the Holy Land for all three Abrahamic faiths, we don’t need to go back in time and argue the “who was where first.”  We cannot engage in discussions about collective redemption or collective punishments.

This may be hard to understand in a modern world where logic has stripped us of the power of symbolism. In a logical world the law of identity has taken precedence over our identity crisis. The law of identity says that a mosque is just a building. And the wailing, wall is just a wall.  And the Holy Land is just a piece of real estate.   And to a skeptic, all the bloodshed which has fertilized this sacred land is just a waste.

But to a Muslim, a Jew, or a Christian, religious symbolism is something which overshadows even the laws of physics. To a person of faith, religious symbols trigger a simultaneous eruption of the past into the present. Religious symbols induce a  feeling of glory; a flight in time and a sense of continuation of our spiritual immortality. And how that eruption is experienced or defined depends on what event makes its debut into your consciousness when you walk through the land of many prophets, from Abraham, to Moses, to David, to Solomon, to Jesus and Muhammad,  peace and blessings be upon them all. 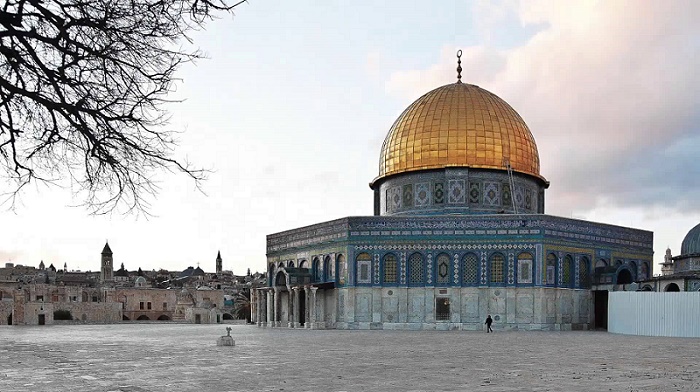 Experiencing the sacred here on earth requires access to our sacred landmarks and symbols. To be one with God is to recognize these religious sanctuaries scattered across the Holy Land as well as the land itself, as gateways to an experience which reinforces our beliefs and strengthens our faith. Even if you have never been to the Holy Land, just knowing that there are places where such splendor is possible is a spiritual consolation.

To be fair, I am also going to exhibit a bias towards the believers by challenging them to answer this question;  How can the Holy Land be holy if it is not a model of social justice? How can we pit religion against politics and let politics prevail? 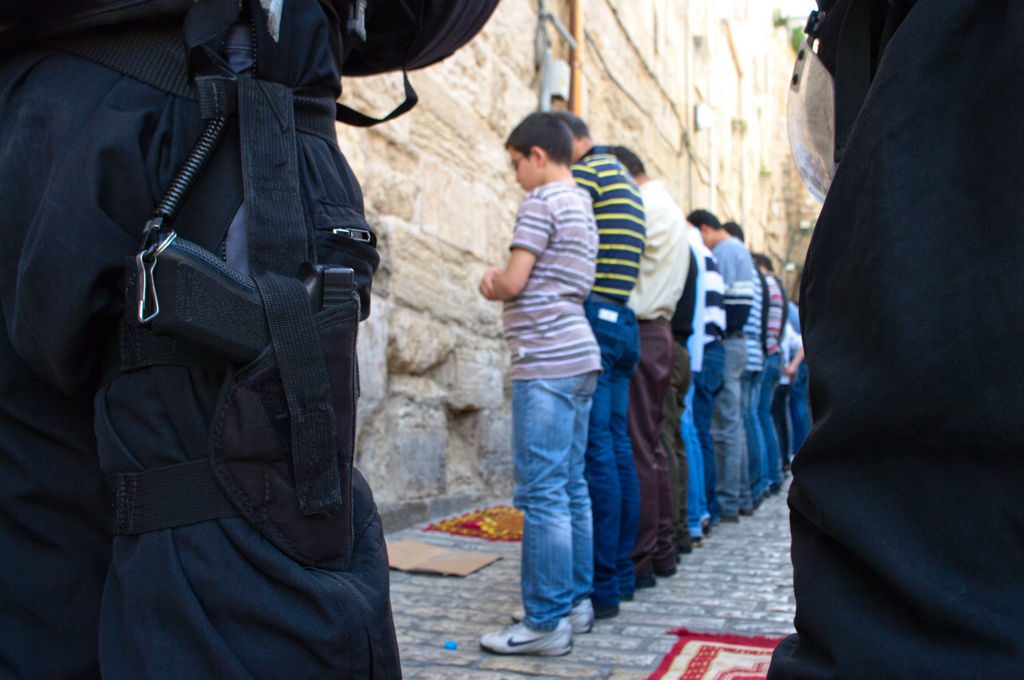 I know that there are Muslims and Jews who do not want peace but want an opportunity to exchange blows by laying claim to this land through intimidation and force. They want to lay claim to the land motivated by racism,  hatred and desire for redemption.

To them I want to say, the Holy Land belongs to those who are holy. It does not exist to create enmity. For any man who stands in the way of another man’s relationship to God can have  no relationship with God or a relationship to the earth upon which he arrogantly clings.

In a tradition narrated by Imam Malik, the companions of the Prophet, peace and blessings be upon him, had the following exchange of letters regarding Jerusalem: Abu Darda’ invited Salman Al-Farisi to come to Bayt Al-Maqdis (the House of the Sanctified).  Salman replied by saying that the land cannot sanctify anyone. Only one’s good deeds may bring one true sanctity.

Which brings me to our final  point, what about the Christians? Why are they not getting into skirmishes about the Holy Land? And so I asked my good friend Ann, a devote catholic,  why Christians are so ambivalent about the Holy land, and her response was that Christianity is a “portable religion.” You can take it anywhere. And of course, she is right, except that all religions are essentially portable. And all people are portable, but our sacred Lands are not.

And so we must all have the right and freedom to go to our sacred lands and connect to the infinite picture;  to journey past our own emotions of hate, racism and revenge and submit to a process of transformation.  If the Holy Land does not inspire this in you, then you have no need for a holy land and it’s time to retire your claim in favor of those who are inspired daily,  whether they are Muslims, Jews, or Christians, to rise above the facts and overcome the frictions.