In modern times, the killing of millions upon millions of animals for food has become a big, profitable business that is no longer moral or ethical.

Eid-ul-Adha is a very important holiday for 1.3 billion Muslims around the globe. It marks the end of the annual Hajj pilgrimage and also commemorates the story of Prophet Ibrahim’s (may peace be upon him) sacrifice.

And can those alternatives still celebrate the spirit of Hajj, commemorate the story of Ibrahim and fulfill our purpose — faith in and obedience to God — all in a manner of pure love towards all of creation.

There is some level of disagreement among scholars as to the obligatory nature of Udhiyah. Some believe that it is wajib and others that it is sunnah . However, there is consensus that the reason for Qurbani is to demonstrate complete submission to God, for His pleasure.

One of the most beautiful things about Islam is its promotion of critical thought. Muslims have been leaders of critical thinking throughout history as exemplified by their use of Qiyas, or deductive analogy, and Ijtihaad, or diligence and independent reasoning. Islam is timeless because Muslims think critically about the Quran and hadith and are able to use these texts to create solutions to new problems. As times change, new problems are inevitable.

In modern times, the killing of millions upon millions of animals for food has become a big, profitable business that is no longer moral or ethical.

Additionally, the meat industry requires extraordinary amounts of natural resources and results in millions of tons of waste that contribute directly to climate change. Muslims are already researching and developing alternatives to factory farms; but more can be done, especially around the time of Eid-ul-Adha when we place a large demand on the industry. We can address the industry’s problems and perhaps find alternatives to Udhiyah, with critical thought.

The first thing to consider critically is the relationship between meat consumption and Islam. According to Richard Foltz in his book, “Animals in Islamic Traditions and Muslim Cultures,” pre-Islamic Arabs lived a pastoral-nomadic existence in a harsh desert climate.

A vegetarian diet would have been difficult. Nevertheless, with the revelation of Islam and the teachings of the Prophet Muhammad, rules and restrictions were placed on eating meat, suggesting clearly that alternatives do exist and that Muslims were challenged to find these alternatives.

Prophet Muhammad (peace be upon him) is recorded as being semi-vegetarian with minimal meat consumption. As Islam traveled to different lands with different climates, the possibility of decreased meat consumption became an easy reality, if not already an existing cultural practice.

With colonialism however, meat consumption rose dramatically, even in countries where this was not the norm. As Drs. Colin and Thomas Campbell assert in their book, “The China Study,” European notions that plant-based diets were for the poor and primitive, while meat-based diets were for the wealthy and civilized, lead to the incorrect construct that intelligence was tied to meat consumption– a notion that spread globally through colonialism and survived post-colonization.

Even today, many Muslims link meat and wealth together, even though meat has become one of the cheapest things to buy, cheaper in many places than organic produce.

Protecting the planet and all of its creations is a difficult task and is also a way to submit to Allah –for the Earth and its dwellers are His creations.

The second thing to consider critically is the depth of the word halal as it applies to meat. All meat is not halal, or permissible. In “Green Deen: What Islam Teaches About Protecting the Planet,” Ibrahim Abdul-Matin discusses the conditions under which meat is considered halal. The most basic conditions are that the animal feeds on plants and is not strangled, beaten, killed by a fall, gored or killed by another animal. Then, the conditions get even more detailed.

The slaughter of animals must not occur in front of other animals. The knife must be wiped clean and put down before using again. Conditions regarding the animal’s upbringing are also clarified. Animals are to be raised in natural conditions, eating natural foods and be respected.

For example, cows are burned with hot irons, dehorned and castrated without anesthesia. Animals are starved. Veal, which is derived from male calves, are deliberately raised anemic to keep their flesh pale and thus marketable as a delicacy.

Animals are genetically engineered — chickens are often pumped with hormones to make them grow so quickly and unnaturally that they cannot stand on their own two feet.

Neither the basic nor the more detailed conditions of halal are met by the factory farming industry. This industry is about profit and profit alone. Factory farming maximizes agribusiness profit by minimizing space and quality of life for the animals, confining them into incredibly crowded and filthy cages. Chickens, for example, are confined to spaces smaller than your iPad with no ability to stretch their wings, often suffocating to death. This treatment is far, far from halal.

Factory Farms and the Environment

The third thing to consider critically is the environmental impact of factory farms. Islam calls upon us to be stewards of the Earth. The Prophet Muhammad (peace be upon him) said, “The world is beautiful and verdant, and verily Allah, be He exalted, has made you His stewards in it…”

Factory farming is one of the planet’s most wasteful and environmentally damaging industries. It wastes and destroys water. It takes more than 2,400 gallons of water to produce one pound of meat (versus 25 gallons to produce a pound of wheat). You save more water by not eating a pound of meat than you do by not showering for six months. 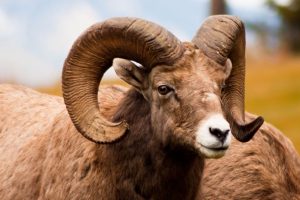 Furthermore, intensive confinement of animals requires pumping antibiotics into the animal feed — otherwise the animals die from disease in these cramped conditions. Antibiotics remain in the animal’s bodies and local water sources post slaughter. Confined animals also produce tons upon tons of raw waste which leaves dangerous levels of phosphorus and nitrogen in the water supply as well.

According to the Food and Agriculture Organization of the United Nations (FAO), factory farming is also a leading cause of greenhouse gas emissions, with 37 percent of methane emissions attributable to the maintenance of factory farms. Growing feed for this incredibly large number of animals releases more than 90 million tons of C02 into the atmosphere.

The Spirit of the Tradition

The final thing to consider critically is the spirit of Eid-ul-Adha and spirit of the story of Prophets Ibrahim and Ismail (peace be upon them).

Eid marks the end of Hajj, the largest gathering of human beings on the planet. Hajj is about religious routines and rituals, and it is also about how human beings conduct themselves with one another including their impact upon the shared natural environment. Islam places great emphasis on care for humanity — which is one reason why the Eid sacrifice is divided in thirds — for the poor, for the community and for the self.

However, considering the health consequences and environmental degradation associated with meat consumption today, it makes sense to show love for our fellow humans by providing them with something other than meat, like plant-based staple foods including rice, flour, lentils and produce. These provisions not only last longer than meat, but make for healthier meals and can be more easily shared with many more people.

In accordance with how the Udhiyah is shared, we can think critically about the amount of plant-based foods to share, perhaps packages of weight similar to the weight of an animal that would have been sacrificed.

Perhaps today, taking a stand against unjust forces like colonialism and capitalism that have created the profit-driven, morally-depraved factory farming industry from which our meat comes from today, is also a powerful way to show obedience to God.

The considerations above do not take into account Muslims’ finding alternatives to factory farms for their Udhiyah.

The above considerations do, however, recognize that the vast majority of animals raised for food come from the factory farm system and that it’s still very difficult to know whether an animal lived a good life or not. Since the importance of an animal’s life is taken very seriously in Islam, perhaps obedience in this case is refraining from supporting an industry where animals are horribly mistreated.

Undoubtedly, this article will be received with criticism, reproach and rebuttal. All of this is fine; as Muslims, we are called upon to reason, debate and discuss until the best philosophy and practice is discovered. We are attempting to present an alternative viewpoint, one that may be marginalized, but one that is quickly becoming more relevant as times change and the practices around meat become more and more Islamically questionable.

This article was first published at altmuslim.com