Each year beginning on February 1, an entire month of events are planned nationwide honoring the history and contributions of African Americans.

Black History Month first originated as part of an initiative by writer and educator Dr. Carter G. Woodson, who launched Negro History Week in 1926. Woodson proclaimed that Negro History Week should always occur in the second week of February — between the birthdays of Frederick Douglass and Abraham Lincoln.

Since 1976, every American president has proclaimed February as Black History Month. Today, other countries such as Canada and the United Kingdom also devote an entire month to celebrating black history.

Recently, it has become a habit of black American Muslims to celebrate Black Muslims history as part of the bigger occasion. No doubt social media would be the best platform for such celebration.

Through the hashtag #blackmuslimhistory, people share inspiring stories of black Muslims from the past and highlight a lot of success stories from the modern history of America.

Day 10: A letter written in 1853 by Umar ibn Sayyid, a Fulani native enslaved in America, is recovered and inscribed with the Arabic 'Bismillah.' A collection of his writings is now in preservation at UNC-Chapel Hill. Read more https://t.co/6pv5kXY7FN #BlackMuslimHistory #BHM pic.twitter.com/aRXdXgPZlB

"I honor #BlackHistoryMonth by supporting #BlackMuslimHistory in the making!"

Day 6: The Malê Rebellion of 1835 is said to be the largest slave revolt in Brazil's history. Led by enslaved Muslim scholars during the month of #Ramadan, it is uniquely an Islamic uprising inspired by freedom. Read more here https://t.co/7ceaKQomhV #BlackMuslimHistory #BHM pic.twitter.com/Cxp0Wm3m1d

From facing racism at performances in the south to revolutionizing ballet attire so it matched darker skin tones – the story of 1st African-American ballerina to perform at Radio City Music Hall https://t.co/6hTcElSwdU #LlanchieStevenson #beingblackandmuslim #BlackHistoryMonth pic.twitter.com/AskGcSodL4

Day 8: In 2014, former science teacher, Haseeb Hosein, became the 1st Muslim police Captain in the city of Boston. As a Muslim and public servant, he works to connect all citizens in his district to much needed services. Read more https://t.co/RnX0T2S1FC #BlackMuslimHistory #BHM pic.twitter.com/W4JngalWHu 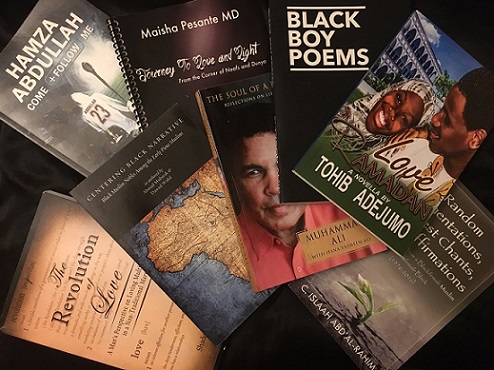