A predominantly Muslim star-studded line up came to Porchester Hall London on February 22nd in the latest leg of a tour organised by the Muslim charity Penny Appeal.

Performers, dancers, musicians, and singers on the night included Signature, the dance duo of Suleman Mirza and Madhu Singh, who shot to fame on Britain’s God Talent; Alman Nusrat, an American-raised singer and songwriter;English actor and comedian Abdullah Afzal,who has appeared on BBC shows including Citizen Khan;Faz Shah (Farhaan Aamir Shah) the unexpected beatboxing violinist; Poet and singer Faisal Salah; and Once Upon A Family, the team behind the world’s first Muslim pantomime.

As Muslims around the world struggle with identity politics, the performances dispelled myths about what it is to be a Muslim, how Muslims view entertainment, and created a safe space for Muslims and non-Muslims to both perform on stage, as well as be part of the audience. The show provided a much needed visual narrative countering the image of Muslims as being overtly conservative, not listening to music, not engaging in performing arts, and generally not having fun.

Speaking for Penny Appeal, Funding and Partnership Coordinator Moosa Saghir said, “We’re going to showcase the talent Muslims have to offer… They’re all doing it to help orphans in need.”

From school-aged students such as Humaira who ‘came to enjoy the comedy show in support of penny appeal,’ to older guests such as Mohammad, ‘It’s supposed to be a really good show, got some good comedians here. A lot of entertainment I thought I’d check it out, to see what it is all about.’ The audience was full of every spectrum of religious interpretation: women with and without headscarves, men with and without beards. Dress and grooming did not get in the way of people being Muslims, and enjoying entertainment.on their own terms.

“It really is about trying to express myself in a way ran parallel with my faith… Trying to make sense of being human… The tour has been wonderful… I’m surprised by the support from the volunteers and the crowds that have come out, shown their support, encouraged us to keep developing our arts… There is absolutely a need for it in our communities.”

“We use art, theatre, music, comedy, film-making, just to entertain people, but also teach them morals and manners… What inspire us to be creative artists, is that first and foremost it’s in our blood, it’s in our DNA, this is what we do naturally… We love to inspire the world.”

Anisa, Kissoon, Once Upon A Family

“People may come in with a certain expectation, the Big Muslim Variety show, may be nasheeds, naats, this sort of thing, the talents of an Islamic nature… But actually, the emphasis is on variety show, and the fact that (almost) everyone is Muslim here, it basically means that people that identify with being, the reality is that they do all kinds of different things.

For example being a beat-boxer and a violinist. In the Islamic community, yeah, I have faced friction with the community, people disagree with it, people who disregard it entirely, that (what) I’m doing is completely haram, and they’re entitled to their opinion. But when they come to a show like this, I think it is very important that people do see the reality, that your fellow Muslim brothers and sisters are engaged in these sorts of activities; in music, in singing. Penny Appeal are a very forward thinking charity to do something like this” 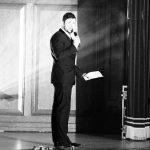 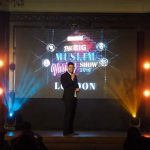 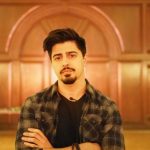 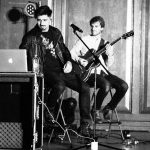 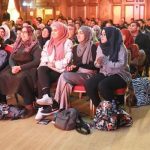 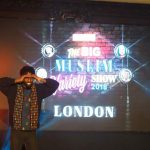 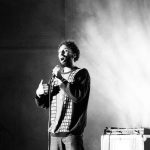 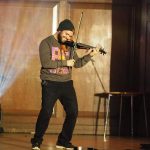 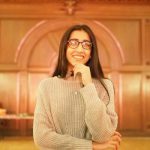 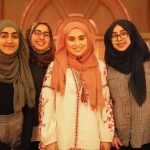 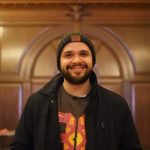 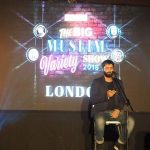 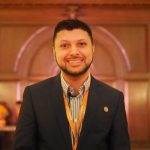 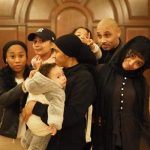 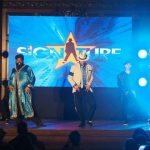 Safeeyah, Once Upon A Family

There were laughs, giggles, and awws throughout the night as they kept the audience excited and engaged.he performers, in a celebration of the creativity that God has blessed each of them with, one after the other, took to the stage sharing their respective talents.