That ISIS is still a very real threat to the dignity of all human beings, perhaps, and in my opinion, humor is not the best way to deal with them.
aaa

The latest iteration of the ‘Real Housewives’ TV theme is a comedic interpretation broadcast by BBC2 in a show by Heydon Prowse and Jolyon Rubinstein, named, aptly, ‘Revolting.’ The satirical show includes sketches on a variety of subjects from Brexit to the NHS, from Millennials to the ‘Real Housewives of ISIS.’ Yes, you read that correctly.

Humor is not alien to Islam, after all, Prophet Muhammad (PBUH) said,

“Refresh your hearts regularly, for if they become dull, they will not be able to appreciate life.”

Indeed throughout his life, he and his companions made numerous quips and jokes.

Ibn Umar was asked, did the sahabah (companions) laugh?” He said, yes, and the faith in their hearts was like mountains.”

Bukhari reports the time the companions would throw melon rinds at one another as a way of entertainment.

Even the classical scholars weighed in. Al Jihaz wrote a ‘Treatise on seriousness and playfulness.’ Ibn Qutaubah observed that early Muslims did not dislike joking. Ibn Abdrabbih went further citing historical sources saying that as well as Muhammad and his companions, Jesus and his apostles enjoyed humor. Even Al Ghazali commented on the Prophet’s humor.

Writing in his ‘History of Fools’ (Akhbar al hamqa) the classical scholar Ibn al Jawzi commented, ‘Humor serves as a much needed natural relaxation, and is approved for this purpose by may statements of Prophet Muhammad and the early Muslims.’

But before even being broadcast, a video clip of the sketch on BBC2’s Facebook page has gone viral on the internet with over 27 million views and over 432,000 shares in less than a week.

The comment section shows Muslims and non-Muslims showing both support as well as disgust. Some find it funny, others find it rude. Some use it to mock religion while others feel it is insensitive. Even amongst my own friends, one person finds it amusing while another finds it distasteful.

The sketch focuses on four women who have voluntarily left the UK to join ISIS. It mocks the romanticized recruitment efforts of ISIS showing a picture of what it is like to live in a supposed Islamic State as a woman, reflecting the realities faced by some young women who have been groomed via the internet and have searched for their paradise on earth – only to discover it is not the case.

One such victim was Kadiza Sultana, a London schoolgirl who left the UK during her half term holidays and joined ISIS in Syria in 2015. She eventually realized that the image of Islam sold by ISIS was wrong but she didn’t have the courage to leave. She was scared that if caught, she too would be beheaded, as happened to an Austrian girl, Samra Kesinovic, who also tried to leave ISIS.

At the other end of the spectrum, Nadia Murad, a Yazidi, was captured when her village in Northern Iraq fell to ISIS. After repeatedly refusing ISIS’s demands to convert to Islam – a clear contradiction of the Quran which says there is no compulsion in religion – she and other young women suffered as a sex slave for many months; while the older women were murdered. 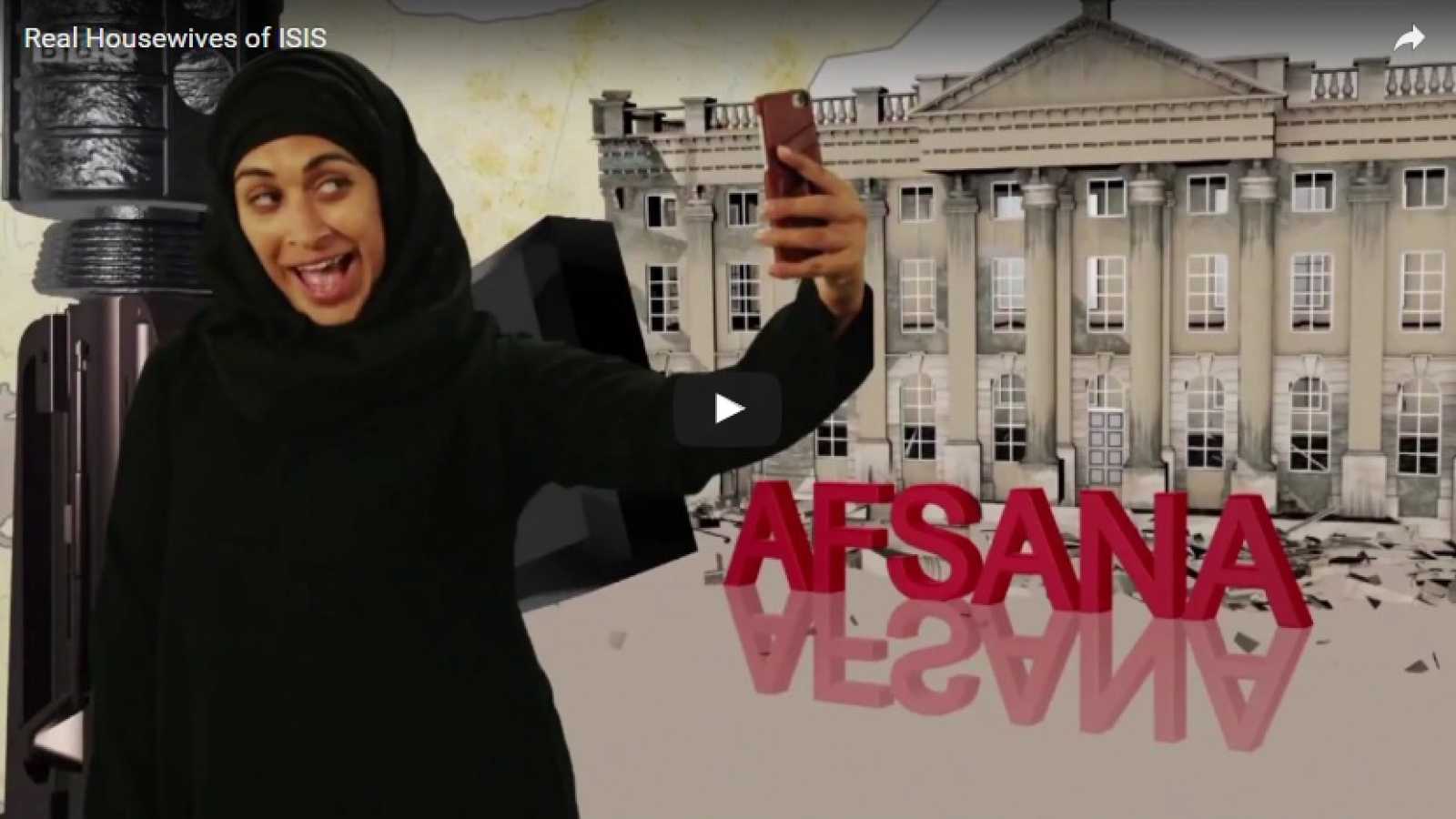 And those women who after being raped became pregnant are forced to have abortions as ISIS say that the women are infidels. In an interview with Sophie Shevardnadze she said:

“They would take little innocent girls, bring them to their headquarters and dozens of militants would rape them there. How can a weak girl resist them? Even if we refused, we couldn’t resist, there was nothing we could do.”

The treatment of women as demonstrated by these two-of-many accounts is why the BBC2 show has understandably been met with mixed reviews, reflecting the different stages people are at with regards to ISIS. Some still feel the pain and suffering of others in real time while others – even though they can understand the suffering – have taken to humor as a means of managing the ugliness of ISIS.

Ibn Saad records a hadith relayed by Anas ibn Malik of the Prophet at the house of Abu Talha. There, the Prophet saw Abu Umair who was sad, so the Prophet tried to cheer him up with jokes. When that failed, others who were there pointed out that his pet bird (Nughair, one with a red beak) died. This changed the Prophet’s approach from humoring him to offering him compassion.

That ISIS is still a very real threat to the dignity of all human beings, perhaps, and in my opinion, humor is not the best way to deal with them. Instead, just as when Abu Umair’s pet bird had died, that ISIS’s interpretation of Islam is so alien that it no longer reflects the beauty of faith as taught by Prophet Muhammad (PBUH), compassion is the best way to deal with their behavior.

Irrespective, the comedians and producers of the show know that different people are at different stages so, they opted for mocking ISIS’s claims, attitude and approach to women.

And it is important to add that when Abu Huraira asked Prophet Muhammad, ‘Do you really speak comical words?’ He replied, ‘When I am joking, I only speak the things that are true.’  – The same luxury cannot be offered to ISIS and their warped ideology whose selective recollection of history is a reflection of everything Prophet Muhammad spent his life teaching against, namely: institutionalized misogyny and injustice. Meaning that the one thing we can all agree on, ISIS is indeed ‘Revolting.’

University of Pennsylvania, 1956 – from Chapter 1

More on this topic: