A tyrant rises to power, ruling his nation with cruelty and hatred. In one fell swoop, he creates a giant chasm between two segments of society — those whom he belongs to, and those whom he has declared outsiders.

For years, he considers himself successful in enforcing his agenda of prejudice and discrimination… until revolution arises from the very heart of his land, kindled in the heart of the person he least suspects.

Some three thousand years ago, the Pharaoh of Egypt was one of the most notable individuals to implement hatred and murder as public policy.

{Ta, Sin, Mim. These are Verses of the Book that makes (things) clear. We recite to you from the account of Moses and Pharaoh with truth for people who believe.Indeed, Pharaoh exalted himself in the earth and made its people castes. A tribe among them he oppressed, killing their sons and sparing their women. Indeed, he was of the corrupters.} [Surat Al-Qasas, 28:1-]

Even as he sent his soldiers throughout Egypt to massacre infants, considering himself safe for as long as babies’ blood flowed as regularly as the Nile, a woman of Bani Isra’il cradled her son and then cast him into the river.

{And We inspired to the mother of Moses, “Suckle him; but when you fear for him, cast him into the river and do not fear and do not grieve. Indeed, We will return him to you and will make him [one] of the messengers.”} [Surat Al-Qasas, 28:7]

From the cradle of one mother into the embrace of another: Allah caused the Nile to carry young Musa straight into the arms of ‘Asiyah, the wife of Pharaoh.

{And the wife of Pharaoh said, “A comfort of the eye for me and for you! Do not kill him; perhaps he may benefit us, or we may adopt him as a son.” And they perceived not.} [Surat Al-Qasas, 28:8-9]

In these moments, Musa gained his second mother: she who did not birth him, but who raised him from infancy to become the man he was to be: a man of nobility and ethics, with a keen sense of justice.

In the heart of Pharaoh’s palace, ‘Asiyah, the queen of Egypt, held her adopted son close and gave him the spiritual and intellectual education he needed to bring forth a revolution unlike any other.

Surrounded by wealth and luxury, protected by the privilege of his adopted parents’ power, Musa could have grown up to be spoiled and arrogant, entitled and apathetic to the plight of those who shared his blood.

Undoubtedly, it was ‘Asiyah’s wisdom and compassion that guided him to be aware of himself as far more than just a pampered prince of Egypt.

Perhaps she sat at his bedside when he was a child and murmured to him the tale of how he was brought into her arms, the Nile River depositing the basket carrying its unexpected gift of a son. 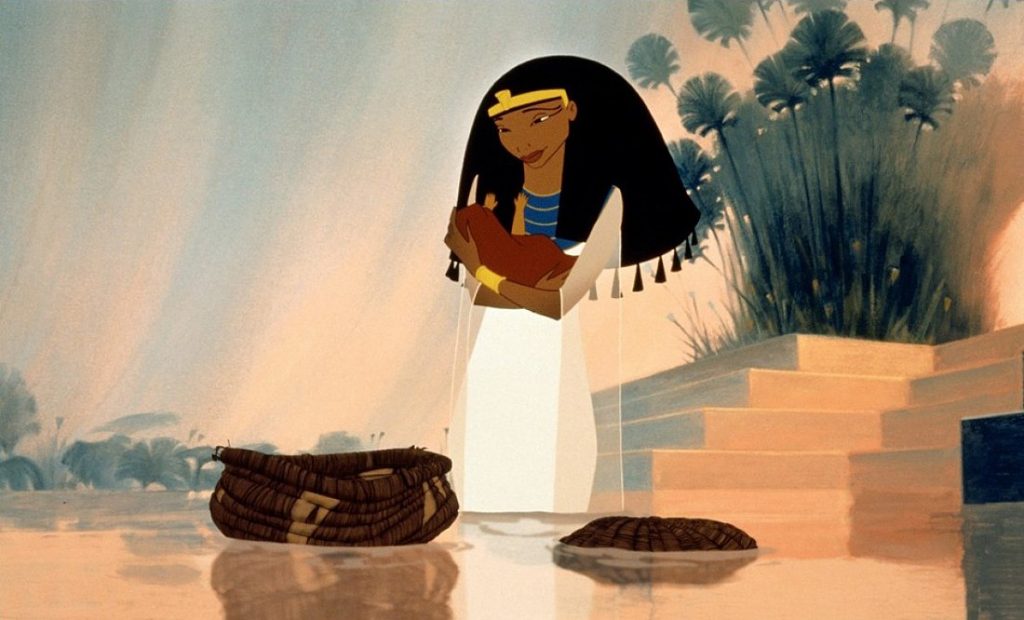 Perhaps it was she who answered his questions about why he didn’t look like the other children, why he carried the stamp of Bani Isra’il on his features; why he was still alive, and safe, in the Pharaoh’s palace while every other year, the land was witness to a massacre of infant boys and the rivers flooded with the tears of their mothers.

Perhaps her heart broke every time she gazed upon the young boy who was the coolness of her eyes, remembering that her beloved almost-son had very nearly been one of those slaughtered children.

Perhaps she told him, her voice wavering with emotion, that the only power she had to stop the blood-lust of her husband lay in that moment when she held baby Musa in her arms and beseeched Pharaoh to, just once, save an innocent life.

No doubt that she treasured him all the more for it; no doubt that in that one moment of unimaginable courage in the face of a murder, ‘Asiyah taught Musa what it meant to stand up against injustice.

It was ‘Asiyah, more than anyone else, who knew that silence and inaction from those in positions of influence would only lead to more horror.

It was ‘Asiyah who raised Musa: a queen who raised a Prophet; a woman who raised one of the greatest revolutionaries the world has ever known.

Today, we must be ‘Asiyah

Today, as we witness murderers and madmen ruling our lands, we must be the ‘Asiyahs:

We must be the parents who raise our children to be aware of the injustice around them, to teach them that the privileges we enjoy are a responsibility to do more, to fight against the horrors surrounding us, to dedicate ourselves to changing the world for the better, to speak against the Pharoahs of our nations, to be determined to do everything possible – even the impossible – for the sake of Divine Justice.

The likes of ‘Asiyah are the ones who will raise the likes of Musa – and so we are to live like ‘Asiyah, that we may die like ‘Asiyah – with absolute conviction in our beliefs, with love for our Creator burning so strongly in our hearts that no human injustice can break us, knowing that even when we pass away, our legacy of faith and justice and revolution will live on in our children and our children’s children.

It is ‘Asiyah  who teaches us, just as she taught Musa the meaning of courage and conviction, in her life and even in her death – for though she was killed by Pharaoh for her belief in Allah, Allah elevated her amongst all of humankind and immortalized her final prayer in the Quran:

{And Allah presents an example of those who believed: the wife of Pharaoh, when she said, “My Lord, build for me near You a house in Paradise and save me from Pharaoh and his deeds and save me from the wrongdoing people.”} [Surat Al-Tahrim,  66:11]