Recently, I came across an article written by Reza Aslan on Foreign Policy, entitled, “There Is No Divide Between Islam and American Culture”. In fact an American woman, who recently converted to Islam shared it with me.

It seemed to be a lifeline to her as a new Muslim. Even a beacon of hope for her in a tough situation-being attacked by most people in her life for her choice of religion. To me, it was another way of saying the same thing I have been writing about for years.

In many ways, I emphatically agreed with Aslan’s piece. I usually do as he has a great way of correcting people’s misconceptions about Islam that is urbane with a touch of “duh, you guys! this is so obvious”.

When Aslan called people who think culture and faith are incompatible, naive; I laughed literally out loud. It was fitting. When he put people on notice that they are being emotional when they think Islam clashes with being American, I thought of all the people who have harangued me through the years with this uneducated and unsophisticated understanding.

I thought of the engineer who assumed I was not allowed to go to a baseball game. The doctor who told me I was giving up my identity when I told her I converted to Islam. The countless people who are brave enough to ask where I am from and then refuse to believe my answer.

I thought of all these people who have come in and usually quickly out of my life. No matter how educated or how well-traveled, they all have an emotional reaction to my existence as an American Muslim. And when plied for their reasons, they can only produce hearsay, anecdotal evidence, and regurgitated propaganda.

This reaction to culture and religion is naive and this reaction to Islam is emotional because those who believe Islam is un-American have never measured this conception against facts.

‘Urf and Deen: Culture and Religion

The fact is that being as American as apple pie and as Muslim as five-times-daily-prayer is not only NOT incompatible, it is natural and a continuation of Islamic tradition.

As Dr. Umar Faruq Abd-Allah writes, “For centuries, Islamic civilization harmonized indigenous forms of cultural expression with the universal norms of its sacred law. It struck a balance between temporal beauty and ageless truth and fanned a brilliant peacock’s tail of unity in diversity from the heart of China to the shores of the Atlantic.

The religion became not only functional and familiar at the local level but dynamically engaging, fostering stable indigenous Muslim identities and allowing Muslims to put down deep roots and make lasting contributions wherever they went.”

What is Islamic? What is American?

The idea that American and Muslim are diametric opposites is a false construct not only because the culture of a time and place is part and parcel to Islamic jurisprudence, but because many of the core American and Islamic values are exactly the same.

America is a country of many different peoples, transformed into one group united by common values of liberty, equality, and the right of the people to hold the responsibility of sovereignty.

Islam is a religion of many different peoples and for all people that affords liberty:

Islam is a religion that insists on equality:

{O mankind, indeed We have created you from male and female and made you peoples and tribes that you may know one another. Indeed, the most noble of you in the sight of Allah is the most righteous of you. Indeed, Allah is Knowing and Acquainted.} (Quran 49:13).

Islam is a religion where the people have the right to hold the responsibility of sovereignty- in early Islamic history, the head of state was elected by the people—or their representatives—as was the case for the elections of the four Caliphs; Abu Bakr, Umar, Uthman, and Ali. So, if one looks past emotional responses of us vs. them, one would see that Islam is not inherently un-American, but very familiar.

American Islam and the Moderate Version of Islam

However, as much as I agree with Aslan’s piece. I had to re-read one assertion a few times to make sure I was understanding what he was saying: “When you look at Islam in the United States what you see is an overwhelmingly moderate version of Islam”.

This statement struck me as strange because Islam in and of itself is moderation. Islam is a middle path. The Prophet Muhammad (peace be upon him) pronounced a firm warning,

“Never be extreme regarding religion. Many nations have been destroyed before you only because of extremism in religion” (Nisaai; Ibn Majah).

God says in the Quran:

So, to say that American Muslims practice a moderate “version” of Islam is a bit redundant.

But more than redundancy, the reason why I paused at this claim was because it almost sounded as if this moderate Islam, this culturally sensitive Islam, this American Islam is an exceptional case or perhaps something American Muslims thought up. And perhaps this was not the intention of Aslan.

But the fact is that Islam itself is moderation and this is not something new. It is the extreme interpretations and culturally predatory attitudes of modern Islamists that are absolutely exceptions and far from the norm of Islamic practice throughout its history.

If an American Islam is moderate, then American Islam is Islam. If other’s Islam goes to extremes one way or another, then their understanding of Islam is flawed and goes against how Islam is and has been practiced throughout its nearly a millennia and a half history. For all the new, American Muslim converts who are struggling with friends and family having an emotional reaction to their choice, we must make this message clear. 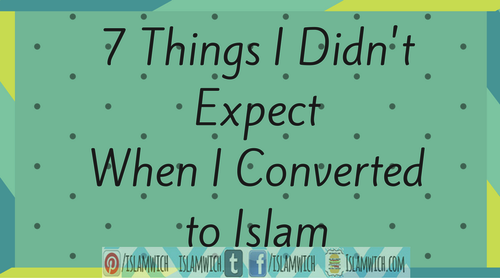 7 Things I Didn’t Expect When I Converted to Islam 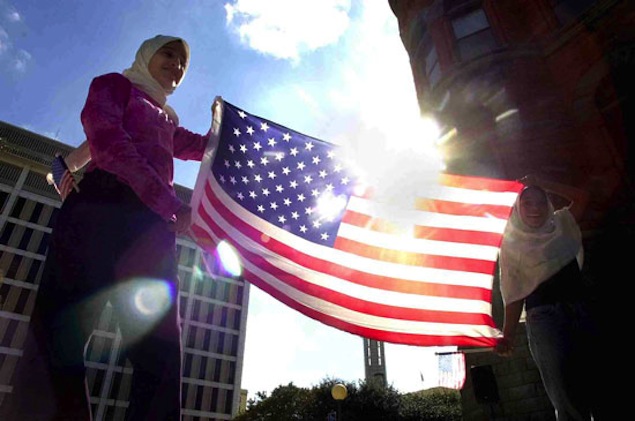 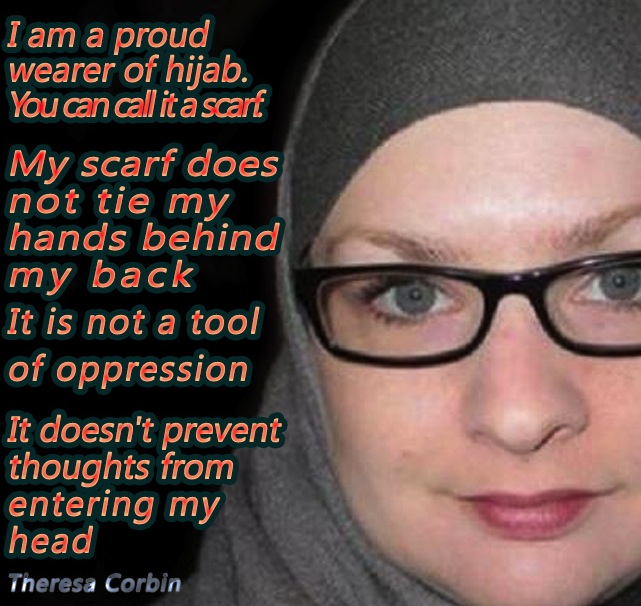 What It’s Like Being A Hijabi in the US