aaa
Q Assalamu Alaykum. I'm very upset because I have started to like a guy who is at my age. I've told him about it; however, he told me he was not ready. I asked: "Do I lack anything?" He said that I deserved someone better and that the case was not that I would lack anything. I felt happy because I was reassured that there was nothing he didn't like about me. Then I asked why then he was not ready. He said he was waiting for a girl who is non-Muslim. She was his ex and she is with someone else right now, but for some reason he is still not over her. He thinks she will come back to him. He mentioned that he would wait until she was married because only then he would be able to realize that she was gone. I told him not to wait for her because he is just wasting all his life yearning for someone who does not care about him or would even belong to our religion. But he is still in love with her. I told this guy that I would wait for him; however his obsession over his ex-girlfriend forced me to tell him that I've given up on him. He said that it was good that I was trying to get over him. But I do care about him deeply and I want to wait for him, because he is just going to be heartbroken and I can't see him like that. I want to see him moved on even if he does not end up with me. At least, I want him to marry someone he deserves to be with. I pray for this guy and ask Allah to make him realize that he has to move on and pray that he will be my husband in the future. Is it wrong that I wish to wait for him?

“I would like to point out that you cannot force anyone to genuinely love and care for you. Those are feelings and actions that can only be done from the heart with free will and not under any duress. If you believe that he will willingly desire to marry you and be a good husband to you, then maybe it is worth waiting for if you chose. However, if you deep down inside believe that he is lost in his emotions and is chasing a mirage, then I would reconsider waiting. Only wait for something that is real.”

Thank you for sending us your question. I ask Allah to help both you and the young man whom you have feelings for to make the right choices in your lives.

It appears that you are infatuated with the young man you described above. You mentioned that you have feelings for him and a desire that he become your future husband. On the other hand, he does not share those mutual feelings. Instead, he is infatuated with another girl whom you describe to be uninterested in him.

You, on the other hand, seem to be in the “bargaining” phase in which you are starting to realize that you may lose him and feel fearful. You are still contacting him and telling him that you will wait for him. You are also asking Allah to make him your husband. You aren’t ready to let him go.

Please read more on the stages of grief to better understand what you may be going through emotionally here.

Sister, please know that you as a human being are capable of being a wonderful, happy, and full person. Know, value, and truly love yourself before seeking to be validated through a relationship. Once you know and value yourself more, you will start to understand what you want from life and what you want in a future husband in a more authentic and deeper manner.

The young man you mentioned above is clearly not ready to face reality and is seeking something other than you. In the Quran, Allah says,

This guy is striving for something particular. The choices he will make in his life will dictate what he is and what he becomes. What will your choices be? The choices that you make will also alter your life and who you will become. Do you believe this guy deserves you? Do you agree with his actions and what he stands for? What are you really chasing after and what are you longing for? Is he the only one that can fulfill what you really want? Only you can truly answer those questions.

The last question you ask is whether you should wait for this guy. I can only suggest things to you because only you can make the ultimate decisions about your life. However, I would like to point out that you cannot force anyone to genuinely love and care for you. Those are feelings and actions that can only be done from the heart with free will and not under any duress. If you believe that he will willingly desire to marry you and be a good husband to you, then maybe it is worth waiting for if you chose. However, if you deep down inside believe that he is lost in his emotions and is chasing a mirage, then I would reconsider waiting. Only wait for something that is real. 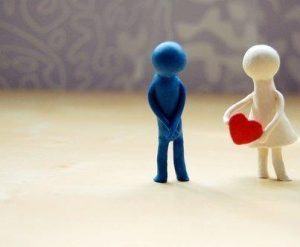 I Love a Man Who Doesn’t Know About My Feeling 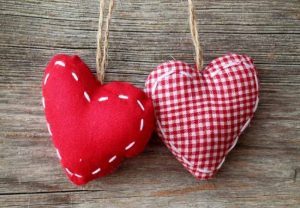 I Love Him, but He Doesn’t Want to Marry Me 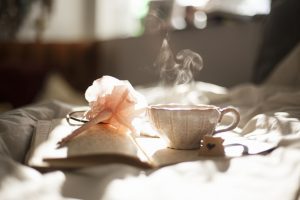 He Loves Me, but Doesn’t Want to Marry Me