aaa
Q Assalamualaikum. I really have a battle with myself. I am a practicing Muslim. I've been studied in the city for almost 4 years. And during 3rd year, I've been approached by a guy whom I recently knew. I hardly have any feelings for any guy. People said that I was heartless. But he said that he wanted to change to be better and I relieved to know that. He wanted me to be his partner after 5 years. But then, I felt the burden, I felt uneasy with him, I think that I don't have any feelings for him. I don't know why. But I am still in contact with him. He insisted that I need to rely on him and trust him. I want to cut the 'relationship' with him but I always remember that he wants to change to be better. After a year, it has become toxic to me. He doesn’t change to be better and I'm becoming worse. I have started going out with him, talking until midnight, having video calls. I still wear the scarf in front of him, of course, but then came the day when he wanted to touch me and I insisted. I always said that I felt guilty for what I had done. He was angry at me. I cut connection with him, but I feel stupid that I believed his sweet words. The shadow of my sins keeps haunting me until now. Please help me. Thank you, sister.

“Trust your instincts, make du’aa’ to Allah (swt) for guidance and seek to keep things halal in all manners of getting to know a potential spouse.”

Thank you for writing to us. It is clear, dear sister, that you have been experiencing deep remorse for your relationship with this guy. The fact that you did not have feelings for him from the first time you met him should have been a clue that he was not for you. Yet, somehow you were enticed to believe that he was good or was going to change whatever behaviors that were haram. But he did not.

Sister, just because you did not have deep feelings for this guy does not mean you are heartless, regardless of what others say.  It is your feelings – which were right. You should have followed your first instincts about him and left him alone, but you did not in the hopes that he would change.

Many sisters wait on brothers who promise to change, promise to do this or that, yet never do. Some waste a lifetime waiting. Alhumdulillah, you did not. You are not the first sister who has fallen for “sweet words and promises” and you won’t be the last, unfortunately. But alhumdulillah you saw through his words and withdrew from this relationship. Allah (swt) is most forgiving.

Sister, this relationship is now in the past. If you made sincere repentance to Allah (swt), please leave it in the past. I know it may be hard to move on, but please, in sha’ Allah, trust in Allah’s mercy, forgiveness, and love for you. You deserve so much better than this. Trust that Allah (swt) has forgiven you as He said He would and move on.

In the future, dear sister, please, trust your instincts, make du’aa’ to Allah (swt) for guidance and seek to keep things halal in all manners of getting to know a potential spouse.

Your past need not haunt you, my sister, for it is just that – the past. You have given it to Allah (swt) by seeking forgiveness so leave it with Allah (swt). Now move on while planning for a much brighter and happier future.

We wish you the best, 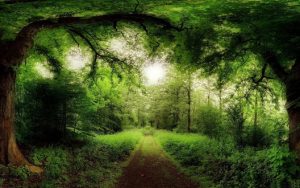 Tainted by My Past, How Can I Start A New Life? 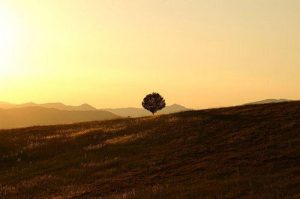 Will Allah Ask Us About Sins We Repented From? 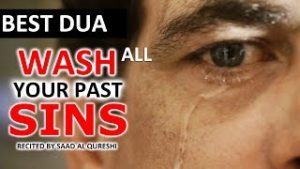 Wash Your Past Sins Away – Dua