"She then started to cry and told me that she had done all this because I hadn’t talked to her."
aaa
Q As-Salamu Aleikom. I need your advice. One of the girls from my city was in a love relationship with two of my friends. Then they both cheated on her. One day, she called me and we started talking. We continued to talk for a month or so. I really liked her. She found hope in me and, therefore, proposed to me for marriage. I continued to talk her but warned her not to let anyone know about it because I wanted to make it look like an arranged marriage. She dresses according to Islamic teachings and knows much about Islam. We have never crossed the limits in our conversations, and mostly we were talking about Islam. I met her twice only but never had even a handshake. After 6 months, I told her we shouldn’t talk for a while, but she didn’t agree. She told me to either talk to me otherwise she might do something wrong. I just ignored it knowing that she was very faithful. Few days later, I asked one of my friends, who works in a telecom company, to give me the call details of her number. I found many calls from a particular number in her call history. I asked her about it which she denied first, but when I told her that I had listened to the recording of those calls (which was a lie), she was shocked and confessed that this was a unknown Facebook friend who proposed to her when I was not talking to her for a few days. She admitted to talk about immoral stuff at those nights. I also told her that I had seen nude pictures too which she had sent him. She admitted it again. (I was just lying to dig out the truth). She then started to cry and told me that she had done all this because I hadn’t talked to her. Now I am confused. Shall I continue with this girl or not? Am I really responsible for all this? One more thing: when I scolded her about what she had done, she cried a lot and told me that she was going to commit suicide. Then I apologized to her and promised to never bring up the issue again. Now we are not talking, and I think she is doing again those things or even worse. Being a Muslim, I really care about her dignity. I don’t know what to do now. Thank you.

“You are not responsible for her behaviors even though she used manipulation to make you feel you may be. These are her choices and her issues – not yours.”

Thank you for your question. As this girl has had several “love relationships” with two of your friends and is now talking to another man and sending nude pictures, is this someone you would want to build a life with and have children with? While we all sin and make mistakes in life, as Muslims, we ask for Allah’s forgiveness and repent. It seems she has not done that as her haram behaviors continue.

Also, she threatens you that she will “do something wrong” if you don’t talk to her (and she did). She also threatened with suicide when her wrongs were pointed out. Is this a sign of a mentally balanced and healthy person? Or would you suspect something is wrong with her mental health? If so, as it involves very haram behaviors, and a potentially serious mental illness (such as possible major depression, a possible personality disorder and manipulative behaviors), is this something you want to deal with? Is this the kind of mom you want for your children? Is this the type of wife you want? One who does not see the errors of her ways; one who blames others and fails to take responsibility? One who does not fear Allah (swt)?

This is in no way stating you should not marry someone who has mental health issues because we all suffer from some form of anxiety, depression, and so forth at one time or another in our lives. I only suggest that you should marry one who is in the position to desire to facilitate change in order to heal and conduct their lives in accordance with Allah’s commands. She does not appear to be in that place yet.

You seem like a very nice brother. I would seriously re-think marrying this girl. You are not responsible for her behaviors even though she used manipulation to make you feel you may be. These are her choices and her issues – not yours. I do not care how Islamic she dresses, or how much Islamic knowledge she has; if she is not applying it in her life, it means nothing. If you do marry her, you are at risk for a very heartbreaking relationship filled with distrust and turmoil. I highly suggest brother that in sha’ Allah you suggest to her that she get counseling as soon as possible. Give her the number for a suicide hotline where you live, and if you feel she is serious about harming herself, please do let someone trustworthy know about it.

I would also advise in sha’ Allah that you end the relationship and seek out a spouse who truly can apply Islamic values to their lives and is balanced and strong as a woman, or is at least actively striving in that direction. This young lady needs help, and you cannot help her.

We wish you the best brother. You are in our prayers. 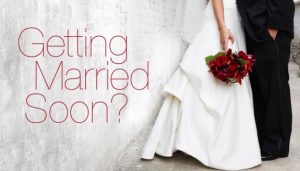 Before You Say ‘I Do’ :10-Step Pre-Marriage Checklist 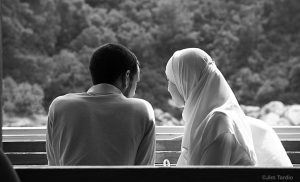 How to Deal with My Difficult Wife?