aaa
Q I am a Muslimah. I have a friend, a boy who is a few years older than me. We are both in our twenties. I do not know how he got my number. He says his name is Sami, but I found out, later on, he is Hispanic. We started talking and everything was okay. A few weeks later, he was asking for a lot of stuff.

He didn’t have a job at that time because he was fired, so I help him to take a certain test to enter this job. You’re probably thinking that do I like this guy very much that I’m helping him. The answer is no. I never loved or liked that guy.

The only thing I’ve ever said to him was that I cared about him because his dad has left his mom. I thought these stories were true. tuff.

There were times when instead of me being really mean to him and saying something like "no, I’m not helping you", I made excuses as to not help him. Showing him other ways to get money, making excuses saying that I’m busy. But he noticed my weakness. I ended up giving him the money. During those months of helping him, it was never enough for him. I was called fake, liar and a user.

The second and last thing I want to say is that this person made me do Zina because someone has told him to do so. I won’t lie I did some bad things with him through text messages two times. tuff.

Through texting, he told me he wanted to have intercourse with me and I said no I can get pregnant. He tries to convince me a few times more. I told him I have my period. He ignored that. He told me how I was this and that, how I’m making excuses, all that kind of thing to make me feel really bad.

I ended up meeting him. I’m not going to tell the details of course but I would say that I didn’t want to do it before we started the intercourse. Next day he asked me whether the intercourse was special. tuff.

So, I responded, "no it was not special". He got angry and told me that the reason why he did that act was that someone told him to do so. He said that guy told him that I was a virgin.

I’m in a situation where I am completely speechless and lost. I blocked him on all social media. The problem is with the text message. tuff.

He contacts me with different numbers trying to talk with me. He says he made a mistake. He says he wants to have a future with me. I forgot to mention that I am not pregnant because we used protection. I don’t really like this guy at all! I went through anxiety and emotional abuse because of how much he disrespected me. I did repent to Allah (SWT). I told him to get married because we both did Zina. He said no.

This person is confusing me. I think I deserve someone better. tuff.

My question to you is, should I marry someone who hasn’t committed Zina? I know you’re not supposed to expose your sins, but in my case, I feel that I’ve been sexually assaulted. tuff.

Should I tell my future husband that? The boy who I did Zina with now wants to talk with me and meet me, but I feel uncomfortable to see him.

• Report this to the police.

• Ask a mahram to intervene or be present with you during all such interactions until a relationship is made halal between you (I .e. through marriage).

• You might want to contemplate whether you want to disclose this to your potential husband. This will help you immediately to determine who is judging you based on that experience and who desires to marry you for who you are.

I believe that what I am reading here is abuse, both physical and psychological. It sounds like the sex was non-consenting on your part also, therefore, also constituting sexual abuse.

This man too advantages of your vulnerabilities and abused you and you are now left dealing with the consequences.

Based on your reports, this could be classed as rape and harassment. It is, therefore, recommended that you report this to the police.

They will be able to support you by protecting you from this man and pressing charges if necessary.

It will also help to keep him away from bothering you further. You do not have to meet this man again as he desires. If you report his crimes, then this should prevent him from pressing you further to meet up.

Learn from your mistakes

We all make mistakes, but the most important thing is not the fact that a mistake was made, but how we deal with it. You were unfortunately lured into committing zina and from the methods in which this man tempted you.

You can learn to never respond to messages from non-mahram males in case something like this happens.

Instead, you can either chose to completely ignore such messages from the very start so as not to even get involved in any way. Or ask a mahram to intervene or be present with you during all such interactions until a relationship is made halal between you (I .e. through marriage).

After this ordeal, it might be a while before you even desire to get married. If this is the case, then don’t be afraid to take some time out to yourself to get over the abuse that you have been through and get yourself psychologically fit to face marriage.

When you are ready to settle down and get married to someone, it is your choice whether you disclose these facts to any potential suitor or not.

It is a big deal, and maybe you won’t feel comfortable to talk about it, but do also contemplate whether hiding it from him will impact your ability to develop a full and meaningful relationship with him, especially as the events were a results of poor treatment from another man which may hinder your ability to trust again.

However, there are men that may judge you from what happened and, therefore, disclose these events may prevent some men from even wanting to marry you in the first place.

On the other hand, this will help you immediately to determine who is judging you based on that experience and who desires to marry you for who you are.

There are men that will understand your situation, forgive you and even support you in overcoming any ongoing difficulties. However, there are also many who want ad you would need to be patient in finding someone like this.

May Allah grant you healing and a spouse who will be the coolness of your eyes in this life and the next. 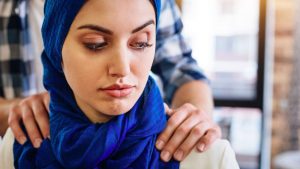 Should We Talk about Sexual Harassment Among Muslims? 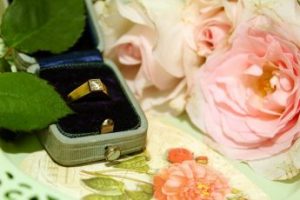 Is Marriage the Solution After Committing Zina? 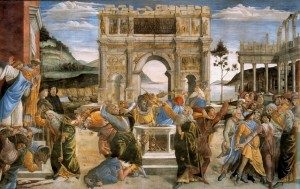 What Is The Real Meaning of Zina (Adultery)?