aaa
Q I was divorced at the age of 21 because my ex was impotent. I am 24 now and a guy proposed through mutual family and 'I accepted. I have been engaged to him for 2 months. He is considered good looking but I can't stand him. The more I talk to him the more I dislike him. I think he is annoying and I find him unattractive now. I tried to make the split. But it was really dramatic and he was crying and called my sister and made a huge deal. Which made me dislike him more. I felt sorry for him because he begged so much I agreed to give him a chance. But I don't even like talking to him. My sister is married to his uncle. I am scared to break off the engagement for two reasons. 1. because I was divorced once before and I don't want to seem like a failure 2. the effect it will have on my sister and family. What should I do? What advice to give me to make the right choice.

“Compatibility, attraction, and an ability to build a solid Islamic foundation for a marriage are very important. Too often people overlook these vital components and regret it later on when they are suffering through a marriage which is void of companionship, intimacy as well as friendship. You were wise to get to know him and find out that he was not for you.”

Thank you for writing to us. I am sorry to hear of the situation you have found yourself in. What is good about all of this, however, is that you got to know enough about this man to know you do not want to be married to him. This fact alone can insha’Allah save you from another disappointing marriage as well as another possible divorce.

There is much importance in getting to know the one we may marry. Compatibility, attraction and an ability to build a solid Islamic foundation for a marriage are very important. Too often people overlook these vital components and regret it later on when they are suffering through a marriage which is void of companionship, intimacy as well as friendship. You were wise to get to know him and find out that he was not for you. There is no shame or sin on your part if you find he is not suitable for you! In fact, your knowing this and breaking off the engagement can save you, him and both families heartache down the road.

Insha’Allah, you will find the strength to break off the engagement again and remain firm in not marrying someone whom you know you do not care for. This is not a reflection on you, or him, or your families, but it is a right given to you in Islam which is the right choice. You are the one who would have to be married to him, not your sister, family or any other.

If you feel deep down that this is a mistake, you will also be doing him a favor as he also deserves one who finds him attractive, respects him, and wants to be his wife. He deserves that just as you deserve to be with one whom you respect and feel compatible with. By being honest, you can save a whole lot of people possible pain in the future. While now, my dear sister, it may be a hard and scary thing to do, if you make du’aa’ to Allah for strength and guidance concerning this, insha’Allah, He will make it easier.

Breaking off an engagement is never easy. However, you need to see that there is nothing to be ashamed of. This is not a reflection of your character but an observation you have made through a careful analysis of yours and his personalities. You have determined it will not work for you. This does not indicate that you are a failure; in fact, it shows the opposite.

It shows that you are a thinking, caring person who does not want to marry someone because you feel very strongly that it won’t work. Instead of just marrying for the sake of being married, you have thought things through, tried to make it appealing to you, yet know you cannot. Therefore, insha’Allah, you will do the right thing for both you and him and call off the engagement.

As far as your sister and your family, they are not the ones who would be married to him. You will.  Therefore, while they may be upset now, it will be less devastating than in the long run if you did marry and end up divorced again.

This time, dear sister, you know ahead of time that this man is not for you, that you are not compatible. You have signs. It is a blessing this time as you already know that it probably would not work out.  Before, with your first husband, you did not know. Now you do. This may be a blessing from Allah that you know, as well as a test. I say a test because sometimes when we see things that we think are for us, maybe they are not and when we see things that we think are not for us, they are.  The test lies in trusting Allah and going to Allah for guidance and direction and following through with that guidance.

Sister, Allah is most merciful and wants us to be happy. I kindly suggest that you make istakhara prayer regarding this situation and hold steadfast to the rope of Allah. After istakhara prayer, if you still feel this way about this man, I would kindly suggest that you do not marry this man. You both deserve to be happy. If you are not happy now, and he is crying and begging, sister, chances are a marriage will not cure this, sadly it could only get worse. However, you hold the key in your hand to both of your futures. I am confident that with Allah’s mercy and guidance, you will do the right thing.   You are in our prayers sister.

Please let us know how you are doing. 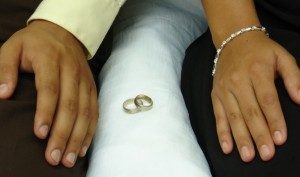 I Hate My Fiancé But Can’t Break Up 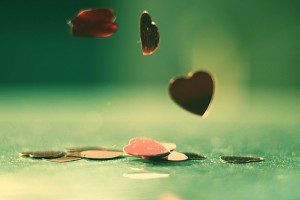 Trying to Move On After Broken Engagement 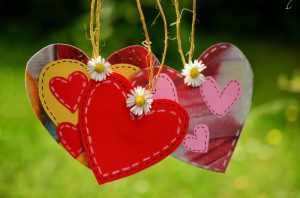 The Way to a Successful Engagement