aaa
Q As-Salamu Alaykum. I have a boyfriend with whom I committed zina. He told me afterward that he wanted to marry me, and that this was the only way Allah would forgive us. This was a couple years ago. His family doesn’t allow him to marry before finishing his university, but he is a medical student which means that it will take at least 2 more years for him to graduate. He studies in a different country. He is a Muslim, but he told me that he had had relationships with girls before and was drinking alcohol. He started praying after I told him how important it was, but I know that he doesn’t pray regularly. He doesn’t agree with me in that we made a big mistake (zina). He says we are going to fix it when we marry. But what if we die before getting married? His solution is that we marry without telling our parents, but this is not a solution for me. Sometimes, he talks about the wisdom and power of Allah, and how it can be seen in this world as everything works perfectly in harmony. But, on the other hand, he doesn’t pray fajr in time, for example, because he wants to sleep. I gave him books about Islam, and I try to talk to him about religion, but he doesn’t want to read those books, and he doesn’t like when I talk to him about Islam. I fear that this will not change in the future. He is a good person, he treats his parents very well, and every time when I need help, no matter what, he supports me. My parents want me to finally get married because I am getting older. It is a big conflict every time I tell them that I don’t want to marry yet. They don’t know about him. I don’t know what to do. Should I wait for him? There is another boy who is very religious. I know him very well, and I like him. We work together in our community. He asked me to marry him, but he doesn’t know about the other boy. A scholar told me once that I don’t have to tell anyone about my sin with this other boy because Allah kept it hidden as a mercy.

Thanks for writing us. May Allah (swt) reward you for taking this step towards Him and accept all your good deeds. It is much appreciated that you took this step forward of sharing your concerns and seeking advice towards seeking Allah’s forgiveness and towards being a better Muslimah to please Allah (swt). May Allah (swt) support you in your path to Him.

Dear sister, it seems to me from your letter that you and the man who you committed zina (fornication) with have this belief that there is no way that you will be granted Allah’s forgiveness except that you both get married. Actually, dear sister, the way to be granted Allah’s forgiveness for fornication is through sincere repentance and not through marrying the person you sinned with.

Sincere repentance is achieved through three conditions. Regarding repentance from zina, kindly read the following article.

Once a person has repented sincerely, he is forgiven, in sha‘ Allah. Hence, from the moment you regretted having zina with this man and sincerely resolved not to do that again, in sha’ Allah your sin is totally erased. Accordingly, seeking to correct your mistake and repent should not be the reason to marry that man.

Now that we have ruled out the restriction of being obliged to marry that man in specific, we come to discuss the options you have in order to take a decision concerning your marriage and your future spouse. As for this man, one reason that could make you think about marrying him would be to keep the secret hidden and not to expose yourself. This is in the case you’ve lost your virginity.

In Islam, we are asked not to expose ourselves and not to make the sin known to other people. Besides, culturally, there is the disgrace that sticks to the girl who has lost her virginity outside marriage even if she truly repented to Allah (swt). So if you are not a virgin anymore, then accepting to marry him would save you the harm of being exposed and help you keep the secret that Allah (swt) has hidden.

According to how you have described him, it seems you are not very content with his religiosity. In general, I would advise you to place the highest priority on the issue of religiosity when thinking of a potential spouse and not to marry a person who does not fear Allah (swt) or have a good relationship with Allah (swt).

However, I also read from your words that you feel he is a good person, good to his parents, started to pray when you talked with him about praying, talks and thinks about Allah’s (swt) wisdom, is helpful, wants to correct his mistake and seeks Allah’s forgiveness from zina. Hence, it seems, according to your words, he has a lot of positive aspects that could be worked upon and improved and that could be signs of a good heart and a good person. You are the one who knows him well and, hence, can judge if he has good potential and just needs some support and advice, or if his religious stance is not the one that you could be content with.

I advise you to delve into that issue with him through deep conversations and discussions. Also, ponder into that with yourself alone and try to imagine your future life with him and see if this is what you want and what suits you and will make you happy. 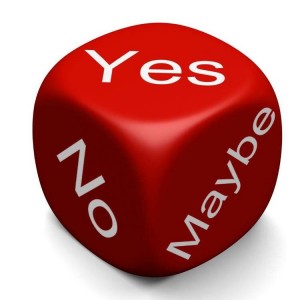 In case you feel obliged to marry that man because of the virginity issue and not to expose yourself, but at the same time you feel he is totally unsuitable for you and that your life with him would be miserable, then my advice for you is to not take that risk of marrying him. Instead, be patient and pray to Allah to send you the right person who would be understanding and accept that although you have committed zina in your past, you have sincerely repented.

Now, in case you decide that you better marry this man, I would advise you to work on making the marriage soon and not wait for two years until he graduates. Taking into consideration that you are not able to accept any other suitor (because of the virginity issue) and that your parents are constantly pressuring you to get married, two years would be too much time for you to wait bearing all that pressure.

I agree with you that your marriage should be with the knowledge of your parents and his parents; therefore, ask him to talk to his parents and convince them of getting married in the meantime. Let him discuss the issue with them in a gentle manner and in a way that would not make them refuse the whole issue. However, even if his parents refuse the marriage issue, you can still get married. Please see the following link.

I would invite you to do some reading on the issue of how to choose your spouse. You may find the following Pre-Marital Checklist useful.

In the end, dear sister, I pray to Allah (swt) that I have been able to help you in any way. May Allah (swt) accept your repentance and replace it with good deeds, and I pray that you will always be on the path that pleases Him.

You are most welcome to contact us if you feel you need further assistance and support.