aaa
Q As-Salaam ‘Aleykum wa Rahmatullahi wa Barakatuhu! I am a young Muslim girl who recently converted to Islam (half a year ago). I was raised in a Christian family, but I have decided to embrace Islam as it is the only and true religion of God, Alhamdulillah. However, I have a big problem: marriage.

One of my Muslim classmates wants to marry me, but I am scared. On the one hand, I would like to marry him because we have similar viewpoints and goals regarding life, and I know he would help me to become a better Muslim.

Furthermore, he is a good Muslim and I know he would take care of me in sha’ Allah. The biggest problem is our families. My mom likes him, but she is not a Muslim; therefore, it’s hard for her to imagine me getting married at such a young age. She wants me to study first. Nevertheless, his family is my greatest concern.

First of all, they are really conservative Muslims; that means they want him to marry someone from his own country/culture, especially his father, who already told him that he would never accept our marriage. I fear getting married with him because his family has told him that our marriage would split his family, and I do not want to be the reason. Everyone in his family is pretty much against our marriage, even though his mom accepts us more or less.

Furthermore, I am scared that I have to change myself too much just for their sake to accept me because even though we share similar values, his culture is quite different from mine (I‘m from a western country and he is from the Middle East). I am scared that our cultures will create difficulties between us.

I am also scared that I am not mature enough for marriage as I was raised with a western mindset. Lastly, we have talked about waiting at least a year so that our families can accept the idea of us getting married, but I believe this will be very difficult as we study together and see each other every day. Jazakallahu Khairan.

• It is not right for parents to reject a marriage based on ethnicity.

• Every marriage is a cross-cultural relationship because no two people are alike personality-wise.

• I suggest that the two of you not get married UNTIL this young man tries to convince his parents that what they are doing is wrong, Islamically.

• Get help from an Imam or teacher from the masjid, or any scholar.

• If you decide to get married without their consent, try to go into with your eyes open to the best of your ability, considering that the decision may affect, for example, the relationship between your children and their grandparents.

WELCOME to Islam! You certainly have “hit the ground running”, so to speak, in terms of having to deal with one of the most challenging tests our Umma faces –  parents/in-laws interfering inappropriately in the marriages of their children. People from Muslim countries often think that their culture is Islam when much of it is not, and, in fact, is corrupting Islam.

First of all, it is not right for parents to reject a marriage based on ethnicity. In fact, they do not have the “right” to reject any marriage, unless they have a valid, “religious” reason for rejecting it. It might be that the potential spouse is not a good Muslimah, she doesn’t pray or fast, or the person is an adulterer, or a criminal, or is a philanderer (based on proofs), etc. “Different ethnicity” is certainly not a valid reason to reject marriage. As a matter of fact, even the Prophet (saw) married women from different tribes in order to make bonds between tribes.

Now, this does not mean that you can tell them that and they will submit automatically. They probably won’t. But at least try to inform them of the correct religion. However, YOU are not the one to do that; their son is. He should do it in the right way by mentioning sound (sahih) religious proofs from the Quran and Sunnah.

Now, it also does not mean that your life with this man might not be hard due to cultural differences, as you expressed. But I would like to point out to you what one of my teachers taught me. In fact, every marriage is a cross-cultural relationship because no two people are alike personality-wise, i.e., emotionally, intellectually, or spiritually, even if they are the same physically, like identical twins.

Furthermore, what could be more different than a man and a woman in terms of emotional make-up? To me, gender difference alone is a “set-up” by our Creator to test us. When men feel one way, women feel the other. Not always, of course, but often. This is because our hormones guide us in different directions which answer to the fulfillment of our different roles.

The woman’s temperament is designed to nurture, the sentiment needed for raising human beings, i.e., nursing, managing small children’s interactions, and launching teenagers, who are often hard to deal with.

Most men’s way of looking at things is what people call “linear”, which is why they tend to be good at math. Their temperament is designed to work to build things and ideas and structures, which is linear and often monotonous and to go to war, a medium in which brute-force plays a major factor. Because of the strength of this part of their make-up, men sometimes have trouble learning nuanced thinking, like how to please their wives.

A lot of women (feminists, in particular) think men are just stupid because nuanced thinking is not “second-nature” to them. They are not stupid, but they do have a problem: nuanced thinking comes second to them, not first, because of testosterone. Testosterone makes their first impulse to push or punch problems out of their way, if not out of existence. Or, do anything else which is expedient so they don’t have to deal with another person and definitely not another person’s “problems”.

Also, you are not that young for marriage. There is a hadith that says we should get our children married young (to protect them from zeena (fornication/adultery). The wisdom in this, In Sha’ Allah, which I can only assume, is that at puberty our hormones start affecting our thinking. As time goes on, they can rage and wreak havoc in our lives. So, “young” does not mean at puberty (which sometimes can be as young as 8 years old), which some cultures think. It means around 18 years old because that is when young adults usually start feeling like they want to have marital relations. That is another reason why your classmate’s parents are running the risk of doing something wrong, Islamically.

Lastly, I suggest that the two of you not get married UNTIL this young man tries to convince his parents that what they are doing is wrong, Islamically. If they don’t take the evidence from him, I strongly suggest that he get help from an Imam or teacher from the masjid, or any scholar. That learned person can either talk to them or write them. If they concede that the marriage is okay, then go ahead, obviously.

However, if they do not agree at that point after you did everything you could to encourage them to do the right thing and were patient with them, you would have the right to marry anyway. Make Istikhara first – in all cases – which is the prayer for asking Allah (swt) to guide us to the right thing to do when making ANY important decisions.

If you decide to get married without their consent, try to go into with your eyes open to the best of your ability, considering that the decision may affect, for example, the relationship between your children and their grandparents. Then again, the children may be the very thing that brings them around. Since his mother is okay with it already, I have the suspicion that it will all work out okay in the end, but, of course, I don’t “know” that for sure.

Your problem is not new. History has it that when people immigrate, they always intermarry with the indigenous people. So, be patient with people who are new to this reality. In Sha’ Allah, they will catch up soon. But don’t expect them not to have some growing pains over it. Don’t be surprised when they share their pain with you. Don’t be deterred by that; let truth be your guide, not their newness – or aversion – to the realities of life. 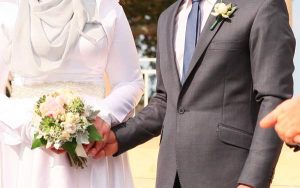 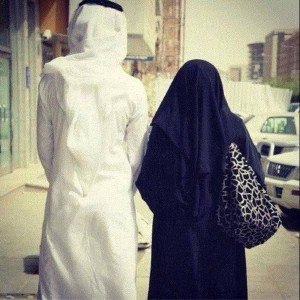 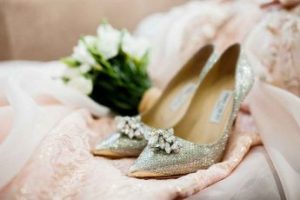