aaa
Q Salam. I am a sinful and guilty person. I was committed to a guy for 5 years, M., and was about to marry him. Our relationship was pure and no sin or sexual act. Suddenly, I got involved with another guy, D., and betrayed the first guy. I had semi-sexual relationship with this second guy. There was no intercourse but we had done rest of the things. Through some means, M. knew about my affair with D. I was guilty but I refused to accept it because I loved M and did not want to hurt him. Then I got engaged to M. I am about to marry him after 3 weeks. I am so guilty that I’m cheating on M. I repent seriously. I am ashamed of my act. I’m guilty. But I don't want to lose M. I love him and he loves me too. I have committed to God that I will not do this sin again. What should I do? Should I accept my sin in front of M? I believe that he will marry me even after accepting my sin but that he will make my life miserable. He will not tolerate it. His health might get affected. He is a patient. I don't want to hurt him. Please guide me. I wish I could keep this secret.

“Marry him not for guilt but because you believe he truly is the person you want to be with and only if that is the honest truth.”

Thank you for your question. I hope this answer is helpful to you as you make some major decisions in your life in the next few weeks.

Marriage is an important relationship that should be made by two individuals who are not only ready to commit to one and other but also, to do so with honesty and transparency.

What I am hearing from you, deep down, is that you don’t want to lose the love of M., but you also don’t truly value or respect his love or him as a person. If truly loving and valuing M, another relationship, that became sexual in nature, would not have taken place.

This is a huge opportunity for you to be really honest with yourself about what is going on here. Love is not defined by feelings of affection alone but rather by actions. In this case, your actions are not loving towards M. or demonstrate that you are ready to be fully committed to him either. The fact that you have lied to his face after he asked if you have been involved with another man in a haram relationship while preparing to engage and marry him starts your marriage off with a lie. He deserves to know who he is marrying and what has truly happened. He deserves to marry someone that is so excited about being with him that she would honor the upcoming marital commitment with dedication. You also deserve to be marrying someone that you are excited by as well.

Learn from the Mistake

The most important thing I want to get across is that If it happened before marriage you cannot be certain it can’t happen after your married, simply because you don’t even know how or why the second relationship developed. Nothing is by accident. Actions are intentional in order to meet one’s human needs.

There is a need you wanted to meet and found it with D. instead of having the patience to meet those same needs with M. once married or because there is a part of you that doesn’t feel M. is the right person for you and cannot or will not be able to meet those needs.

Whether that was a need to feel adored, special, appreciated, significant, or a physical need in some way – you believed that D. had something to offer that M. does not. This is a crucial time to face that and figures out what that is or it could, may Allah protect you, continue to show up in your life a tempt you to that which is sinful.

This part, of understanding what is really going on, is part of what will allow you to move from just feeling guilty too, insha’Allah, preventing you from making the same mistake again and again. You need to learn from the sin, not just feel guilty about it.

This is the gift of growth, of insight, and the ability to understand yourself much better. This will allow you to determine what you must do for your future that will help you be a better servant of God and also truly commit to another human being.

I ask you to consider if the opposite situation was true. Would you want to go into a marriage with a man who, a few weeks before getting engaged to you, was having an emotional and physical relationship with another woman? And then lie to your face about it when you hear rumors about it having happened? Would you be able to trust him? What happens if it’s confirmed post-marriage?

Before you Move Ahead

Marry him not for guilt but because you believe he truly is the person you want to be with and only if that is the honest truth.

If you care about him, do what is truly best for him.

Option A: Telling Him the Truth

It may be better to tell him what has happened and let him determine if he still wants to move forward and marry you.

You must also be prepared to list the reasons why you should move forward and marry him as your actions tell a different story. You may also need to articulate why the other relationship is a mistake and why it is over and you want it to be over.

In this situation, knowing that he did find out, but you lied, I’m conflicted because he isn’t marrying the person he thinks he is marrying and so there is more deception in lying to him about what has actually happened.

While I cannot possibly be certain of your future, I’m concerned that this situation will continue to grow as a problem in your marriage as you two move ahead.

Please understand that there may be consequences to work through, whether now or later, and to accept they may come

The other option is shielding him from your choices and accepting you lied to him when he asked you the truth while continuously asking Allah to hide your sins and allow you to be an upright person in the here and now so that M. is marrying the person he thought he was because that’s who you are today.

Each day is a new opportunity for someone to change and become a better person.

No one can hold someone back from the mercy of Allah, or know how Allah can support a person who is truly sincere in their repentance.

Turning Back to Allah

Alhamdulillah, you do feel remorse for your actions and that you’ve turned back to Allah in repentance. May Allah accept fully from you and guide you towards actions He loves.

With taubah are some important steps.

1) All communication with D. is completely cut off permanently. There are no WhatsApp groups, Fb friends, private emails, text messages, etc etc. He needs to be completely removed from your life.

2) Close all other doors of possible fitnah. If there are other men which you speak within any kind of private manner at all – block them and close communication channels.

3) Repeating from above: seek to understand what led you to make the choices you’ve made. Understand them and yourself so you can know how to prevent this in the future. Actions happen for a reason. Learn yours and resolve to grow from the experience for a greater change.

4) Make du’a and talk to Allah. Ask Him for guidance, forgiveness, and to guide your next steps and know that Allah will respond to your du’a.

“And those who, when they commit an immorality or wrong themselves [by transgression], remember Allah and seek forgiveness for their sins – and who can forgive sins except Allah ? – and [who] do not persist in what they have done while they know.” (Quran, 3:135)

“If you were to commit sin until your sins reach the heaven, then you were to repent, your repentance would be accepted.” (Ibn Majah)

May Allah help you sister, 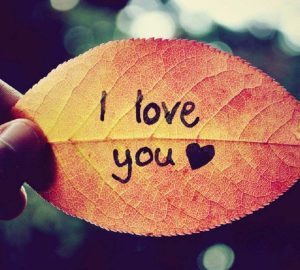 He Said He Loves Me, But Cheated on Me 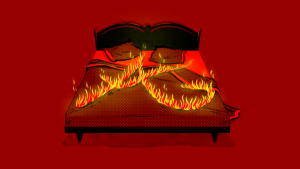 Cheated on My Fiancée: Will Allah Forgive Me? 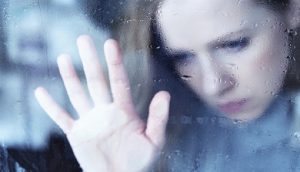 How to Overcome Feelings of Guilt?