aaa
Q Hello, I used to live in an Arabic country, where I met my boyfriend. He’s from Afghanistan. I am a non-Muslim (yet). Yes, we live in a haram relationship, but I encourage him to get married to have a clean life; however, his parents would never accept me, as he said. They follow the tradition of arranged marriage with a girl chosen by the mother. I am totally crazy in love. I understand his situation; his parents blackmail him saying that they will commit suicide if he refused their choice. I am back to Poland now. I was asking him to leave me for his parents’ sake. I said I would be fine; I just wanted to feel balance in my life. I think we are done and we have no hope for a future together. But he doesn’t want to let me go. He is asking for time, promising that everything will be fine. How? If now it’s not fine, how it could be later better? Should I leave him or should I stay and wait? I thought to convert to Islam to have a purpose in my life because I’m lost so much. I feel like I am dead. Last thing: why do Muslim boys, who are from a culture that prefers arranged marriage, approach other girls and give them hope, while they know at the end they will have to follow what their parents decided? I suffer so much. I totally lost my identity. PLEASE HELP ME WITH ADVISES.

“The solution for this situation is pretty much in your boyfriend’s hands. He has to speak up and act against this forced marriage. I guarantee you his parents won’t kill themselves considering that it is a major sin in Islam. It is all a “well-played game” of over exaggerated guilt that several Muslim cultures use to control their kids.

Both of you need to make this relationship halal as well. Doing things in the right way for the right reasons will increase God’s blessings and ease, in sha’ Allah.”

It is a very complicated and a common situation that many families impose arranged marriages on their kids to satisfy their cultural customs. They often threaten their children; they might cut all contact with them and use many other threats in order to make sure their desires are fulfilled.

Indeed, we need to respect our parents, but respect and obedience can’t be blind. Therefore, nobody should be forced to get married. At the end of the day, each of us must answer to Allah on the Day of the Judgment for all our acts and choices.

With that said, of course, he has to set bounders between his obedience to his parents and his own desires. Shaykh Ibn Tayymiyyah said: “Neither of the parents has the right to force their son to marry someone whom he does not want, and if he refuses, he is not sinning by disobeying them, because no one has the right to force him to eat food he finds off-putting when there is food that he wants to eat, and marriage is like that and more so. Food that one is forced to eat is unpleasant for a short while, but a forced marriage lasts for a long time, and it harms a person and he cannot leave it.”  (Ibn Muflih al-Hanbali: Al-Adāb al-Shar’iyyah (1/447))

The answer to your question about why some boys look for other girls outside the arrangement their parents have is simple: they don’t want to marry a spouse chosen by their parents. They, like many people, want to feel autonomy when it comes to such an important choice. Marriage is a lifetime commitment; the couple must have things in common, share interests, understand expectations and enjoy each other’s company. Some arranged marriages work well and some don’t. Like any other relationship, marriage requires a lot of work and both have to be engaged to move forward. Unfortunately, in some cultures, the elders in the family don’t always understand this.

The solution for this situation is pretty much in your boyfriend’s hands. He has to speak up and act against this forced marriage. I guarantee you his parents won’t kill themselves considering that it is a major sin in Islam. It is all a “well-played game” of over exaggerated guilt that several Muslim cultures use to control their kids.

Both of you need to make this relationship halal as well. Doing things in the right way for the right reasons will increase God’s blessings and ease, in sha’ Allah. It is only when we put our trust in Allah, fearing Him in our way of life, in our decision making that we will get to experience happiness and tranquility as per the following passage in the Qur’an:

If he really wants to be with you, then he should inform his parents of his decision to marry and start a new life in a halal way. Any Muslim man understands that the only acceptable and halal relationship with a woman is marriage. Therefore, if he is not willing to marry, then he is not honorable, honest, or serious. Marrying you, he is disobeying his parents, not marrying you and keeping this haram relationship, he is disobeying Allah. He has to decide and so do you.

I do not encourage you to convert to Islam “just” to be accepted by his family. Sometimes Islam is more of a cultural custom rather than a spiritual path for some families. Having a fake conversion will not help your situation, especially once they catch on to you not learning or practicing over time. But I do encourage you to seek knowledge of Islam and pray for guidance and only convert to Islam when you are sure and feel ready to commit. The holy Q’uran commands us to not force anyone to the religion:

“There is no compulsion in religion. Verily, the right path has become distinct from the wrong path. Whoever disbelieves in false deities and believes in God, then he has grasped the most trustworthy handhold that will never break. And God is All-Hearer, All-Knower.” [Quran 2:256]

Everyone has their own spiritual path, and you shouldn’t feel pressured to do anything against your will. If you do feel in your heart that you are ready to take your Shahadah (testimony), of course, this will have a positive impact on your life and relationship with your boyfriend, in sha’Allah, but it might not be enough to make his family accept you.

If you decided to get married, you both need to be prepared for all the consequences of the marriage without his family accepting. It might take months or years until he established a relationship with his parents again. I have to warn you that it won’t be easy, but it is the only way for you to keep this relationship. I believe being honest is the best way to deal with this situation. If he really has the intention to marry you out of love, he must share it with his parents.

Arranged marriages are great options when both parties agree to it, and it is very unlikely to succeed when one of the parties has emotional connections with someone else. If he refuses to marry you out of fear of his parents, you absolutely should get out of this situation. It is interfering with your inner peace, tranquility and spiritual path. Regardless of his attempts to keep you around, if he does not want to do the right thing, you should move forward with your life.

May Allah make it easy for you. 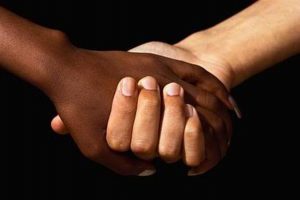 Parents Oppose Our Interracial Marriage; What to Do? 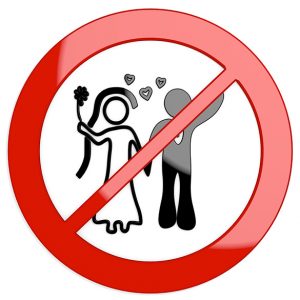 His Parents Don’t Let Him Marry Me 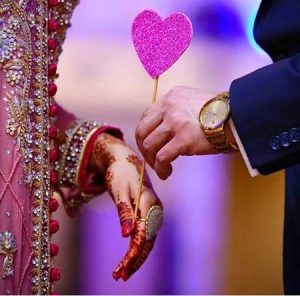 Parents Don’t Agree with My Marriage!