aaa
Q Assalamualaikum, I am a 21-year-old Muslim girl who is about to graduate college in a matter of months. I write to you because I am in need of some guidance. My mother is a single mother who divorced my father when I was 13 and raised three children with her own sustenance and strength Alhamdulillah. However, that is the extent of my relationship with her. Ever since I was little I always feared her and every interaction I had with her was negative and demeaning. I was always told I was stupid, an idiot, isolated, arrogant, oppressive, rude and a host of other names for as long as I could remember. I also have been critiqued on my weight and appearance, my mother and eventually my siblings calling me fat and bulky for my age. Flaws and mistakes were always met with cutting critique and sometimes physical violence. Elementary school and early middle school was the peak of the physical violence my mother (and sometimes father) afflicted upon me. I was not the only one who sustained these beatings, my younger sister and brother had as well. She is also emotionally abusive, using the Quran and Sunnah to guilt me into doing as she says and belittling my concerns. According to her, no one works as hard as her, no one is a better mother than her, no one is better at doing anything that she is and she cites random strangers to prove it. All these things are related because after I graduate college, I will have to move back into the family home. My mother even started talking about the prospect of marriage and I am fearful of the things she will do. I am attempting to line up work near my university so I don't go back. She is very unpredictable and I can never be prepared enough for her. I've suffered in silence for years because she is very good at hiding her abuse in front of others, masking herself as a pious woman who wants nothing but the best for her children when in fact she infantilizes them and cuts down any sort of independence they may have from her. I'm writing to you because I don't want to hurt my family, but I've suffered for as long as I can remember. I have reached my breaking point and I don't know who else to turn to. I've grappled with depression and suicidal thoughts for years, high school and college especially. I wrote her letters, tried to speak with her about my issues with mediators present, but she refuses to let me go. I feel as if I have no choice but to leave, but I also will feel guilty that I may not have done enough for her. This gives me so much pain and suffering, I feel as if I've slipped away from Islam because of her behavior. What do I do?

” I would advise you to be open to the option of marriage. Be aware that she has no right to force you into a marriage that you do not want. However, as long as you approve of the guy, it would be good for you to marry. In fact, in Islam, it is the responsibility of parents to marry their children at an appropriate age.”

Sister, I am sorry to hear about your situation. From your post, I understand that your mother is abusive emotionally and has also been physically abusive to you in the past. She calls you names and belittles you. She critiques what you do through cutting remarks and even forces you to do as she says by inflicting guilt on you by implying Quran and Hadith to make you follow through. This has also caused you to have depressive and suicidal thoughts.

Sister, I absolutely understand that emotional abuse can leave even deeper marks on one’s being than physical abuse. The thing is that the damage done by emotional abuse cannot be seen from the outside. Only the person going through it can feel it.

Further, having parents who are emotionally abusive can be a huge burden because a parent, especially a mother is someone who you can count on to “love you unconditionally”. Therefore, I can only imagine the kind of damage and hurt you must have gone through. May Allah give you strength and patience.

Being exposed to such abuse during your teenage and later years may have caused you to have a low self-esteem, lack of courage, issues with trust and so on. Ma sha’ Allah, you are a strong girl who found her way in life and now that you have almost graduated, it is natural for you to find a way out of the vicious cycle of emotional abuse.

I would say, that there is no harm if you find a job and continue to stay where you are and do what you want. I would not say that you would be deviating from Islam because you chose to live in a different place (for your own peace of mind) from your emotionally abusive mother.

However, it is also important to understand that there are rights of parents on us from Allah. While it is apparent that your mother was not fair to you, she still has rights to you. Whether you fulfill those rights or not is what Allah will judge and reward you on, in this life as well as the Hereafter. What your mother has done with you, or continues to do with you, she will be answerable to Allah for that. However, as Muslims, Allah has strongly commanded us to be “good” to our parents.

In the Quran Allah says,

“And your Lord has decreed that you worship none but Him. And that you be dutiful to your parents. If one of them or both of them attain old age in your life, say not to them a word of disrespect, nor shout at them but address them in terms of honour.” [17:23]

“And We have enjoined on man [to be good] to his parents: in travail upon travail did his mother bear him and his weaning was over two years. Be thankful to Me and to your parents, unto Me is the final destination.”[31:14]

I absolutely understand your perspective on the emotional turmoil, but it is also important to acknowledge the sacrifices your mother went through to give birth to you and raise you and your siblings. While she failed to nurture you emotionally, she still did make an effort in helping you grow up, provided for your necessities and gave you a good education when you were helpless.

Some suggestions to help you through this dilemma can be:

Limiting Your Interaction with Your Mother

If you feel that living under the same roof is too much for you to bear, you can continue to live separately and maintain a job. However, do go and meet her only for the sake of Allah and Allah will reward you more for it if she is not good to you despite you being good to her.

Sister, you are a young woman who understands reality. You have tried interacting with your mother with mediators but to no avail. So you realize now that whatever you do, she may not appreciate you and make you feel as though you are doing too little for her, not giving her enough time, etc. However, instead of her remarks making you stop meeting her altogether, I would advise you to ignore her remarks and not take them to your heart. Rather, reward yourself later on for doing your duty as a daughter. Spoil yourself with a treat once in a while if you get too frustrated.

Try To Understand Her Fears

It is possible that the reason your mother is the way she is because she has had a history of abuse or such in the past herself. Perhaps she enacts what she has gone through herself or perhaps she had a bitter marriage. In any case, it is possible that she has her own worries, fears, or anxieties make her behave the way she does. See if you can somehow bond with her on an emotional level, or get her into professional counseling sessions.

Is there a generation/cultural gap?

Although you have not mentioned where you currently reside, it is possible that your mother grew up in a totally different culture from where you live now. This is the sort of treatment which she considers as a normal, “strict” parenting style. It is also possible that she thought to be a single mother; she had to be strict with you and your siblings. I absolutely understand that being strict does not equate to being demeaning or harassing or abusive, yet perhaps she has a different perspective.

You have also mentioned that your mother has a plan to get you married. I would advise you to be open to the option of marriage. Be aware that she has no right to force you into a marriage that you do not want. However, as long as you approve of the guy, it would be good for you to marry. In fact, in Islam, it is the responsibility of parents to marry their children at an appropriate age.

May Allah help you make the right choice. Do pray for your mother so that Allah melts her heart towards you. May Allah make your future bright and filled with wonderful opportunities. 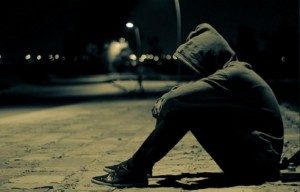 Mom Beats Me Up; I’ll Run Away or End My Life 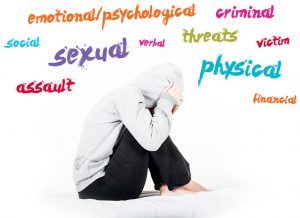 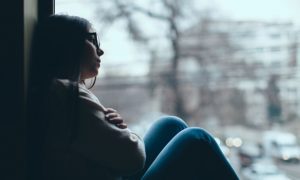 Do You Have Abusive Parents? Here Are 4 Things You Can Do