aaa
Q Salam. I'm a 15 years old girl. My elder brother is almost three years elder than me. In the past three years, he has started to drift away from Islam, although he was a great Muslim before and the most religious one among us siblings. Suddenly, he stopped offering his prayers and stopped reading the Quran. He even misses the jummah prayer. We can't understand what has happened to him, and he rarely talks with us or sits with us. Whenever my parents try to talk to him, he just doesn't listen and misbehaves with them. Recently, my mom just found a knife under his bed. We are really troubled because of his behavior and my mother can't stop crying at this. We have prayed to Allah to guide him again but there seems to be no change. He actually has a friend for 2 or 3 years and that friend of his has a big influence over him. We believe that he is the one who misguided him, but we can’t stop my brother from meeting him. Please help us how to deal with this, we are really worried about him.

“I think the most important thing to focus on is not the fact that he is not offering prayers but rather why he had a knife under his bed, and what he has been doing.

Based on my experience, I can share with you common reasons why teens start to act distant from their families.”

I am sorry to hear about your brother. I think the most important thing to focus on is not the fact that he is not offering prayers but rather why he had a knife under his bed, and what he has been doing. Perhaps, he has harmed someone or intends to harm someone or himself.

I don’t know how involved your parents are in his life, but they should get closer to your brother and find out why he has been acting distant and keeping a knife with him.

I really would need more details on his behavior and on your family’s dynamic in order to understand deeply what is going on with him, but unfortunately, I don’t have this information.

However, based on my experience, I can share with you common reasons why teens start to act distant from their families:

Seeking independence: It is a developmental norm. Part of the individual growth is to form a separate identity and seek independence.

Sometimes this path of individuality consists of questioning and exploring values other than their family values and beliefs. This is a way of the self to distinguish their own reality from family conditioning.

Peer influence: Teenagers and young adults tend to change their behavior in order to be accepted into a certain group. It might be the reason why your brother has not been praying.

If he is not part of a group who has any type of faith, being the one who prays might make him look “less cool” to his friends. Thus, he may be changing his ways to fit in with his new friend you mentioned.

Struggling for Attention: Often teens want others to notice them. They’re silently saying, “Hey, look at me!” Sometimes, they’ll do almost anything for attention.

Parents often focus only on the practical side of their child’s life, such as school or career. Maybe your brother is seeking more positive attention in other aspects (besides religion), and because he is not getting it, he is looking for validation among his friends.

Doubts in the deen: As we become more cognitively mature, we may have questions about the religion that don’t have satisfying answers.

Sometimes, we think there is something wrong with Islam instead of recognizing the “token Islamic answers” are actually wrong.

Sexuality: At his age, sexuality is a strong part of his experience, and unless he has proper guidance on how to harness this energy, he may be led astray with haram activities and distractions via online or in person.

Your parents should also consider this as a possible reason why he has become very distant.

We don’t know what exactly is happening in your brother’s life, and it is your parent’s responsibility to find out and seek support from their community.

I hope that helps for now and God bless your family. 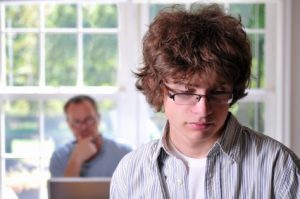 Why Do Youth Move Away From Religion? 4 Reasons 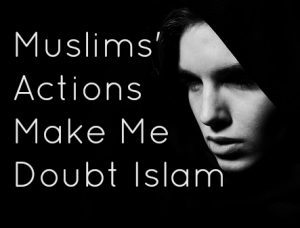