Thank you for writing in. The situation you describe is sadly reflective of the zeitgeist of our time and, as you have found, one in which many sisters find themselves. The question you raise is an important aspect of any decision-making process – that of, accepting the decisions that we make and living with the consequences.

To begin, I would remind you that from a shar`iah point of view, you should not resign yourself to this situation since in Islam it is disliked for you to live alone and intentionally remain unmarried. In “resigning” yourself to this in the way you have described in your email, you are going against what is advised in the Sunnah. There can be no benefit whatsoever in doing that, no matter what the justification is. The outcome is with Allah (swt), of course, but this niyah (intention) is with you, and at least if you change your thinking, in this way, you have done your duty.

So when you say that you have “decided to sacrifice your life and remain unmarried to look after your parent”, Allah (swt) bless you, sister, but that is not something Islam asks of you even though it is something that the cultural milieu sees as very honorable! But following religion and following the culture, as you well know I am sure, are often two very different things. Your code of conduct must necessarily be Islam if you are to feel at peace with your decision.

Forgive me, but in my experience, we often say such things to convince ourselves that we are happy with our situation when we are not or when we are too tired of trying, so this gives you an opt-out. I suspect this idea comes from a place of emotional despair rather than clarity of thought.

Now, I think you need to begin again and review your thinking, but this time from a Shar`iah perspective. In Islam, we are advised on Shura (consultation) to help with decision making. Think about those people you know who can help you with this decision, whose allegiance is to the Haq (truth) and not to you or social acquiescence.

In addition, before every decision, don’t forget to make istikharah.

I would also suggest when you see married couples that you also make du`aa’ for yourself not only for them. Making du`aa’ for them and not yourself inherently implies that you have given up for yourself. This will only make you feel sad and perhaps rather hopeless about your own future. So, whilst the du`aa’ is good, ma sha` Allah, not including yourself may actually cause more negative feelings in regard to your own life/ future.

How Does One Feel that the Decision He Made was the Right Decision? 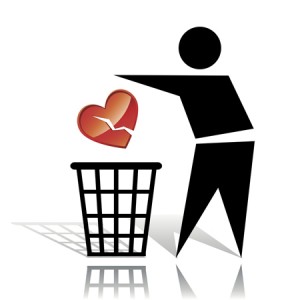 You say that you have “accepted your situation”, but when you ask this question, it only raises your uncertainty again. This is why it is important that after istikharah you put your trust in Allah (swt) and get on with your life because that decision needs some form of emotional boundary and buffer. Otherwise, what happens is that constant questioning raises doubt and uncertainty and, to a large extent, nullifies the peace one felt at making a decision in the first place. I am not saying it is not ok to change your mind because Allah (swt) is the Turner of hearts, but the point is that you make a decision based on the facts as you see them at the time. Especially when the decision is related to an Islamic obligation such as marriage, then it is only Shaytan that raises the doubt so that you may go against what the religion advises.

Waiting and uncertainty are uncomfortable, but in these moments can you consider what tawakkul means because if you truly trust someone you accept the discomfort as part of their supremacy and wisdom over the decision you make, so you are not swayed.

I advise that you have a look at some lectures and essays on the meaning of tawakkul in Islam; it is a part of iman (faith) and does not imply passivity and hopelessness about one’s life.

So when you have these questions that raise doubt, say “a`udhu billahi min Ash-Shaytan ir-rajeem” (I seek refuge in Allah from the accursed Satan). Also, try the guidance given in this ayah advised in Quran:

“So be patient over what they say and exalt [Allah] with praise of your Lord before the rising of the sun and before its setting; and during periods of the night [exalt Him] and at the ends of the day, that you may be satisfied.”(20:130)

This verse itself gives us guidance about how to come to terms with our experiences. And, of course, make du`aa’ for good in the time you are waiting.

How to Avoid People’s Negative Comments

I understand sadly that the problems you face are exacerbated by other people who needlessly alert you to your situation because it is a problem for them. It is a common problem to “project” one’s own difficulties on to others when we are uncomfortable with their situation and make the other person feel that they are doing something wrong when actually it is our need to alleviate our own helplessness or sadness at their problem that motivates our response.

Perhaps, what you need is a reply to manage their situation and also that does not give the impression that you are refusing to get married.

For example, you may simply say:

Do not give the topic more time than necessary and do not get into discussions that mean you have to explain yourself because these are the talks that raise the uncertainty about what you plan to do.

If you have taken guidance from Al Hadi (The Guide), then you do not need to explain anything; He is Al Hakam (The Judge), Al `Adl (The Just). As to their response, you are not responsible for their discomfort at your situation – they are.

May Allah (swt) grant you all your heart desires and reward you all your efforts and distress with the best outcomes in dunya and akhira.