aaa
Q Assalam u alaikum. I am married and have one young daughter. I am also pregnant. My question is: my husband did second marriage with his ex-girlfriend without letting me know about it. I came to know after their marriage was done by my in-laws a few months ago. It was unacceptable for me. I was not ready to live with him anymore. The feeling of getting cheated is still so unbearable but he convinced me to stay with him by saying that it was just he wanted revenge from her. He would leave her, there was no life of their marriage, etc. Now it has been almost a year. I came to know that she was pregnant too. This thing broke me completely inside out. Still, he was saying that he would leave her with her child. But it is not possible for me to trust him again. The thought that I can't live like this is keeping on bothering me. It is getting tough for me to live with him anymore. But I don't know why I am not able to make any decision. Please help.

“What kind of life, what kind of marriage, and what kind of father do you want for your children in the long term? Though the situation is difficult, you are not truly helpless, nor are you obliged to remain in this marriage. You have the right to seek a divorce if that is what you wish. Whatever choice you make, it will not be an easy path.”

I am truly grieved to hear of your situation. There appear to be a number of issues in your situation, based on the information you have shared with me.

First of all, with regards to polygamy, it is important to emphasize that it is a very severe responsibility for any man. Polygamy is a very difficult lifestyle and not every woman – and certainly not every man – is cut out for it.

Even in the Qur’an, Allah (swt) cautions men about the seriousness of justice between wives:

However, the situation here is far less about polygamy than it is about the kind of man he is. Not only has he lied to you repeatedly and potentially could have caused you harm (I am assuming that he has not taken any STD tests, nor have you), but his lack of character is apparent in the kind of things that he has said to you in the first place.

The fact that he was comfortable with saying that he married his ex-girlfriend for “revenge” and now, that he will abandon her and their child is horrific. Even though he is clearly lying to you in order to make your stay, the type of lies he uses are disgusting and evident of what he thinks is acceptable.

Even if he were telling the truth – indeed, especially if he is telling the truth – what kind of human being, let alone a Muslim, would do such things? It is appalling that anyone would think in such a way and consider it acceptable to destroy another person’s life in such a manner – let alone plan on destroying an innocent child’s life that he was responsible for conceiving. Is this really the type of man you wish to live with and raise your children with? If he is willing to abandon one child – or even pretend that he is -, is this the kind of character you wish your children to grow up around?

The Islamic admonitions against lying are severe:

“The signs of the hypocrite are three: when he speaks, he lies; when he makes a promise, he breaks it; and when he is entrusted with something, he betrays that trust.” (Narrated by al-Bukhari, 33; Muslim, 59)

Marriage itself is a serious covenant, and for a man to have the intention of divorce is considered by many scholars to be prohibited. It is akin to mut’ah (temporary marriage), which was prohibited by the Messenger of Allah (saw).

“O people, I used to allow you to engage in mut’ah marriages, but now Allaah has forbidden that until the Day of Resurrection, so whoever has any wives in a mut’ah marriage, he should let her go and do not take anything of the (money) you have given them.” (Narrated by Muslim, 1406.)

Having said that, you need to ask yourself what your greatest concern and priority is in your situation. You are not able to change his actions or dictate his future actions; you are responsible only for your own decisions.

Do you simply want him to abandon his ex-girlfriend (now currently his wife) and the child he is having with her? Is a return to monogamy the most important factor to you?

Or, are you more concerned with what kind of man he is – someone who goes behind your back, lies, and shows no real consideration either for you and your existing children or for the new baby he is bringing into the world? Are you willing to live with such a person? Or are you willing to remove yourself from being attached to someone like this, and choose to make the painful and necessary sacrifices to move forward with your life?

In the end, the choice is yours. What kind of life, what kind of marriage, and what kind of father do you want for your children in the long term? Though the situation is difficult, you are not truly helpless, nor are you obliged to remain in this marriage. You have the right to seek a divorce if that is what you wish. Whatever choice you make, it will not be an easy path.

In the end, remember that Allah (swt) alone is the source of strength and stability. Turn to Him with a sincere heart and ask Him to guide you to make the best decision for yourself and your children in this world and the Hereafter. 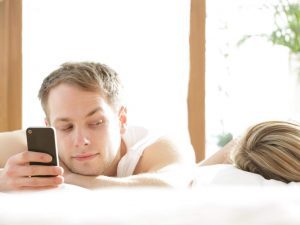 Do Men Need First Wife’s Approval to Marry Another Woman? 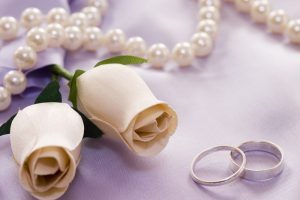 I Can’t Accept That He Wants a Second Wife 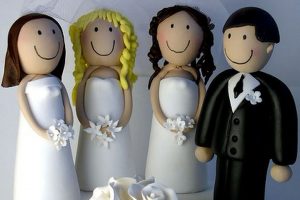 “I Won’t Let My Husband Have a Second Wife!”