aaa
Q Salam. Dear Sir/Madam. It has been a month since my wedding. I have not yet shifted to my husband's home as the rukhsati was decided to be done after a few months. It is not an arranged marriage. It took me and my husband some years to convince my family of this marriage.

I would like to mention here that my husband is a very responsible person who tries his best to fulfill his duties towards me and his family. But, for the last couple of weeks, I feel very irritated by his busy routine due to which he is unable to call me as frequently as he would in the past. His mind remains occupied with so many responsibilities that he has to look after.

He barely talks to me which results in me thinking that after a few years now, everything has become one-sided and his focus is now limited to fulfilling the responsibilities only. I should mention here that his responsibilities include many younger siblings and elderly parents too. When I express my concern for him, we always end up in a quarrel which I want to avoid.

At night, when he calls me, he feels so tired and exhausted and unable to talk. Now, what I seek to understand is whether or not should I discuss these concerns of mind with him because as I mentioned talking about makes many problems between us. What I ask from him is his time ONLY. I’ve never demanded any expensive present or any other thing of the like because I completely understand his load of responsibilities. Moreover, I try my best to facilitate him in whatever way possible.

Now, should I stop asking for this too? Actually, his absence and lack of attention is the ONLY thing that disturbs me a lot. At times it gets difficult for me to control myself and my anger. I really do not want to be a nagging wife, but I do not understand what to do. I now feel embarrassed mentioning the same thing in front of him over and over again. Kindly guide me about this.

I would like to know my mistakes also so that I may work on them to improve our relationship.

• Try not to think too much and stress that he is always busy before you have spoken to him properly. You know him. There must be a reason behind why you chose to hang on with him for years.

• The key thing here is to actually communicate with each other. You will get nowhere with just overthinking it.

• Talk more about how you feel when he is around rather than attacking him with what he doesn’t do. He will get defensive if you tell him about his lack of attention.

• Listen carefully to what he has to say and do not interrupt him while he is talking.

• Try to be in control of your emotions and be positive.

Thank you for writing to us. I will try my best to advise you, In sha’ Allah.

Your frustration is understandable, especially when you only just recently had nikah with him. There is nothing wrong with wanting his time. He is your husband and you should be one of his priorities.

You both have spent years to convince the parents to agree to this marriage. I am sure he loves you and want to spend time with you. Only a serious guy spends so much time and effort to convince his parents, and you should appreciate it. At the same time, you should also talk to him about what is bothering you. It is not healthy for yourself and your marriage to be angry and disturbed all the time. It is always better to talk about it rather than keeping it inside you and let the frustration built up.

You seem to be understanding of his situation and responsibilities. You are not a nagging wife. It is very normal to be wanting your husband’s attention. If he can’t give it to you, then who else can? He might be too occupied with his brothers and sisters and work which makes it harder for him to drift his attention towards you sometimes. However, it doesn’t necessarily mean that he doesn’t care about you.

If he has become always busy just recently, and not been like that before, then maybe he has too much workload or a family situation that requires more of his time than usual. It may change soon and get back to normal again from an always busy schedule. Try not to think too much and stress about it before you have spoken to him properly. You know him. There must be a reason behind why you chose to hang on with him for years.

A study in Human Physiology found that men need more brainpower than women when multitasking. Women find it easier to switch attention to different things. Both men and women can struggle to cope with a lot of priorities, but men suffer a great deal more on average. Maybe he doesn’t even know that he is always busy and does not give you enough attention. Or he might expect you to understand him better. The key thing here is to actually communicate with each other. You will get nowhere with just overthinking it.

I would suggest that you sit down with him and talk about how you feel. ‘I’ statement always works better to use. For example, you can say to him: ‘’I really miss you, and I wish we could talk to each other more’’, and you could also say “I really appreciate it when you give me some attention’’.

Men love to feel appreciated. It is good if you make him feel that. Talk more about how you feel when he is around rather than attacking him with what he doesn’t do. He will get defensive if you tell him that he is always busy. If he loves you, which I am sure he does, then he will understand you and give you the time and attention you want from him.

However, remember, marriage is a two-way effort and understanding. You both should be understanding towards each other.

There is no point in being angry and lose temper. It will only make things even worse. Anger has never helped building relationships and homes. Anger is a natural human emotion. It’s not wrong to be angry, but it’s important to be cautious about how you react when you are angry. Try to be in control of your emotions and be positive.

Anger easily leads to fights and negativity. It can be damaging to your marriage. Islam is also against expressing anger in an unhealthy way. It is impossible to avoid it completely, but you can be aware of it and try controlling it as much as you can. Allah says in the Qur’an:

’So whatever you have been given is but (a passing) enjoyment for this worldly life, but that which is with God (Paradise) is better and more lasting for those who believe and put their trust in their Lord.  And those who avoid the greater sins, and illegal sexual intercourse, and when they are angry, they forgive.” (Quran, 42:36 & 37)

Anger displeases Allah and delights Satan, so try not to feed Satan’s happiness.

He might be tired at the end of his busy day, especially at night. So, why don’t you try to avoid talking to each other at night time and rather call during the day (in his break)? What if you plan something for the weekend? This way, he will be more refreshed and give you quality time.

Do not talk over the phone about that his always-busy schedule bothers you. Wait till you meet him. He will understand you better when things are more face to face.

I am sure things will get better for you, in sha’ Allah.

Try finding a suitable date for rukhsati so you can finally move in together. Things will be much easier when you live together and can see each other every day.

May Allah ease your tension and make you more patience. 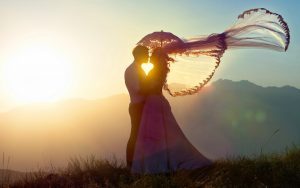 I Wish for More Quality Time with My Husband 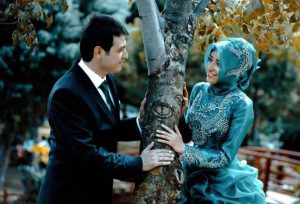 The Magic Key to a Successful Islamic Marriage 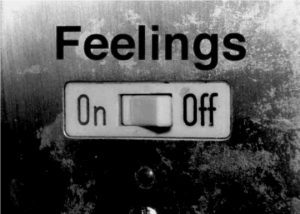 Husband Has No Love for Me