aaa
Q Salam. I have been married for 3 years already. However, we have never had sex. I first thought maybe we needed more time and it would happen afterwards. After some time, I started getting closer to him, but he was never interested and tried to push me away. This made me frustrated. I tried again several times, but always ended the same. I got the impression that the problem was me. Thus, after a while I stopped trying, and we ended up in the routine of a sexless life. Deep down, I knew something was not right, especially while watching TV where intimacy is displayed, or even around family and friends who, while talking, share some intimate moments with their husbands. All this made me frustrated. I have sexual needs and, to be frank, I masturbate often, but never in front of my husband. With time, distance has been created; I stopped trying to have sex with him since clearly he is not interested. I observed that whenever I am changing clothes or having a bath together, he is never aroused. This deepened the distance and I tried to tell him that he always pushes me away. Maybe he realized and he started trying, but at that point, when he touched me, I stopped feeling anything. I don’t want him to touch me, and I am not aroused. I didn’t tell him, but I forced myself to act interested although he is always unable to penetrate me. Then I confronted him asking for with some explanation, and he said that he has a problem: he loses his erection and can’t continue. But during the conversation, he looked relaxed, not at all disturbed by that. He says that sex is not necessary, that our marriage is going really fine, and when I looked at him I realized that he totally meant it -that for him this is not a problem. I told him for me it was a problem, but he could not see my point of view. I insisted that we should try again and again. I bought him some lubricant and gave him some viagra pills. He went to see a doctor, but nothing was wrong. He saw a psychologist also. Using the lubricant, only once he was able to penetrate me, but a few seconds after, he lost his erection and we didn’t get any sexual relief. Today, we are still married, but we both stopped trying. I got fed up. Few months ago, I left his home; I am at my mother’s place now. But he comes to visit me and stays sometimes. In front of the world, we are together and we are the perfect couple, yet I cannot bring myself to see him as my husband anymore, and I am tired of pretending that everything is ok, especially when so many people are telling me it’s time to have children. I’m staying at my mother’s place also because recently he accepted a work and he is constantly abroad, so I am using this as an excuse in front of the family to explain my stay at my mother’s place. I would like to clarify one point. We have been together for so long that we are used to each other’s habits and jokes and presence. He is softhearted and my best friend, but the issue of sex in our marriage bothers me. For him, our marriage is still normal; sex is not important. He says he is not homosexual. Everyone loves him in the family, and I am unsure of my feelings for him anymore. I am wondering if Islam says anything about whether during a marriage of 3 years without physical intimacy, is the marriage still valid? I am really confused what I should do. I am 28, and I am a very attractive person; I can see that other people are attracted to me and I get confused why not him. I am also attracted to others. This is the first time I am talking about this.

“there are several possibilities that could be the answer to what is going on with your husband. The first potential answer could be that he either has an extremely low sex drive or he is asexual. I would encourage the both of you to consult with both a marriage and family therapist as well as a sex therapist to explore the possibilities and bring out the answer to why he is exhibiting these symptoms.”

Based on your statements, it seems that you and your husband are not compatible in terms of sexuality and disagree in regards to the level of importance of sex in your marriage. The fact that you have been married for 3 years and he has not been able to penetrate you is a valid concern. You stated that you make both romantic and sexual advances and he still pushes you away.

You stated that in more recent times he has been making an effort to find solutions so that the both of you will be pleased and happy with the marriage. He stated that sex is not important to him. You stated that he finally admitted that he has problems with sexual dysfunction and he has tried taking Viagra, but he cannot hold an erection for very long. You also stated that he denies being gay.

With that being said, there are several possibilities that could be the answer to what is going on with your husband. The first potential answer could be that he either has an extremely low sex drive or he is asexual. Asexuality is lack of sexual attraction to anyone or having low or no interest in sexual activity.

What often occurs is that asexual people still engage in sexual activity in an effort to try to please their spouse or for the purpose of having children, which seems could be the case with your husband. Also, a person that lacks romantic attraction towards anyone is often referred to as aromantic.

Other possibilities besides low sex drive and asexuality include the fact that he could have been a victim of abuse.

I would encourage the both of you to consult with both a marriage and family therapist as well as a sex therapist to explore the possibilities and bring out the answer to why he is exhibiting these symptoms.

One healthy aspect of the relationship is that you see each other as best friends and I’m sure that this has helped you in some aspects in continuing the marriage. However, it is important for you to not deny and ignore marital rights that you are entitled to that are clearly contributing towards your unhappiness.

Seek as many opportunities for counsel with a therapist and if you are not able to find a resolution, taking time for yourself to decide whether or not you would like to continue in this type of marriage will be important. 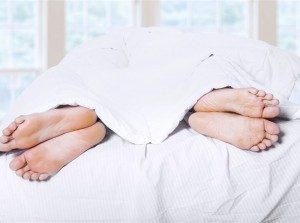 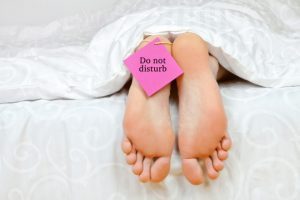 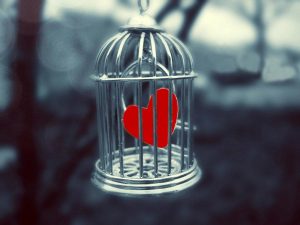