aaa
Q I have been talking to a guy from Pakistan for six months. We talk everyday through text, phone calls and Skype. He has become my best friend and we have grown to have feelings for each other. He is Muslim and has been teaching me his religion.

He has introduced me to his mom and sister over Skype. He has plans to come here to USA to meet me this summer. I am 48 he is 33. Is this something that can even work between us as we live in different countries and have different cultures? Thank you for your time.

Talk about your differences before marriage to see if you can work them out such as the issue of holidays.

I am of the belief that every couple has the right to determine how they do their relationship, as long as the terms are “lawful” in Islam and both parties agree to them.

Meeting someone for marriage on the Internet without meeting him in person can be dangerous.

I have never heard of a long-distance marriage working, except in the case of marriages that don’t work when the couple is together.

As-Salamu Alaikum, Peace to you,

If you mean, can an interfaith marriage work between a Muslim and a non-Muslim believer, then, yes, it can, but it can become very challenging.

So, to protect against surprises, talk about your differences before marriage to see if you can work them out such as the issue of holidays.

If you mean whether you have a distance relationship, that question is harder to answer. I am of the belief that every couple has the right to determine how they do their relationship, as long as the terms are “lawful” in Islam and both parties agree to them.

So, state your terms/needs and find out if they are lawful in Islam and if he agrees with them, a distance-relationship or otherwise.

If you mean that you do not want to get married right now, but want to talk about getting married in the future, yes, that too is something you can do according to Islam.

Lastly, if you mean could a marriage to this man work given your age differences, in Islam, there are no rules against any age-combinations in marriage.

For example, Prophet Muhammad’s first wife, Khadijah was 15 years older than the Prophet – like your situation. Then, there were marriages with women who were younger than himself, e.g., Aisha and Hafsa.

However, I have a few other concerns about this situation.

Meeting someone for marriage on the Internet without meeting him in person can be dangerous. A lot of men from third world countries, like Pakistan, pretend to be nice to get a visa to a Western country.

Thus, it is very important that you get to know the person in person.

When people meet on-land, so to speak, others know them and their families and their history, etc. So, you have a great advantage there.

Meeting online,  you lose all those resources. That is not to say it cannot work. I have known of a few very good marriages where the people met online.

It is to say, recognize the limitations of the venue that you are using and act accordingly, i.e., get references and find out about his family and history, etc.

Also, while your age-difference is lawful, you won’t be able to have kids for him. This could be a serious problem for him. Also, it could be a sign that his objective is not sincere marriage by wanting to get a visa to get to the West.

Lastly, I have never heard of a long-distance marriage working, except in the case of marriages that don’t work when the couple is together.

This is the only way to preserve marriage. The reason they don’t work is that distance defies the very nature of marriage.

Thus, while it may be lawful, it is not practical, except, as pointed out, as a last resort for a marriage that was going to end in divorce otherwise.

I hope this helps, In Sha’ Allah. 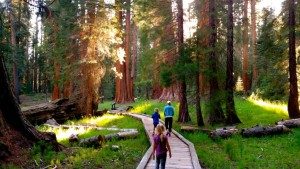 How to Build a Successful Interfaith Marriage? 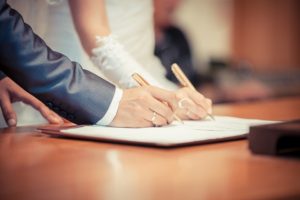 What Are the Interfaith Marriage Rules? 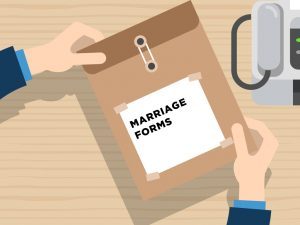