aaa
Q I have been married for a few years and staying at my husband’s place along with his family. My mother-in-law despised my husband’s sister as she is the child of my father-in-law’s first wife. There was a time when I was too fed up with all the bad-mouthing that when I told my husband about it, he told me to tell his mother that I don’t want to hear such things. This would stop for 2-3 days and start again. That was one problem which I always made an effort to overcome. He would always tell me to deal with my problems by myself and he would not interfere. Another problem was that my mother-in-law would come to my room and take my clothes to wash. I told her that there were many of my personal things which I did not want her to wash but she still continued doing it. Every time, I used to tell her in a good manner not to do that. But the last time when it happened a half year ago, I was so fed up that I talked a bit loud to her to stop washing my personal clothes. Since then, I and my husband have been having quarrels with his family. I went to live at my father’s place and my husband convinced his father to buy a house for us so we could live separately. After some days, my husband came to fetch me and asked me to forget about all the bad things and to ask for forgiveness as they were elder than me. When I went back to his house, I asked both his mother and father for forgiveness. But they still continued behaving rudely to me. His father told me that I should be grateful as he gave me food for 3 years. After some days, his father even said that he would not build our new house. I could not bear it and asked my father to come help me as I did not want to live there anymore. In a fit of rage, I asked my husband to give me khula as I did not want to live in these situations anymore. I even prepared the paper and convinced him to sign it. But a month later, I regretted my decision and have been repenting to Allah as I may have taken a bad decision. We started talking again and also discussed reconciling. But then he said that he did not want this marriage anymore as even though he was not happy without me too but since I had told him many bad words to get the khula, he was too hurt and could not reconcile with me. Also, he says that if he reconciles with me, maybe his parents will not accept and his family may sever ties with him. I sincerely regret my decision and want my husband back and even willing to forgive his family for all the wrongdoings towards me. My parents went to see him to try to work things between us but he says that he gave me what I wanted. Can you please advise me what I should do? JazaakAllah dear sister. May Allah reward you in this life and Hereafter for all your good work.

“Parents are supposed to launch their kids, meaning sending them out on their own to live their own lives, not parent them their whole lives. The kids are supposed to care for the parents by making sure they are fed, clothed, sheltered and loved. Keeping company with one’s mother more than anyone else is highly encouraged in Islam, but it does not mean you let your mother run your life.”

I feel your pain! It seems to me that your husband does not manage his business of your marriage properly. First, he does not manage his relationship with his mother. Rather, he asks you to deal with his mother (with her inappropriate behavior). He should deal with it not you as the husband’s role in marriage is to protect and provide. A woman’s mother in law does not have the rights your mother in law takes in your house and in your bedroom (especially regarding privacy). It is not your responsibility to stand up to her; it is your husband’s!

However, you are the one feeling guilty. For what? You did not violate any one’s rights. You seem to think that you should have just put up with your mother in law’s bad behavior and then everything would have been fine. I don’t agree. You have done nothing wrong. Your mother in law has and so has your husband. When someone does something wrong, and a person points it out (because it is a violation of their rights), who is the guilty party? Just because someone says that the person pointing out the wrong is the guilty party does not make them the guilty party. The doer of the injustice was the source of the problem. Just because someone did not notice the injustice until the victim said something about it does not mean that it did not exist before the victim pointed it out. So, again, you are being the scapegoat in this situation. Don’t allow them to scapegoat you.

It sounds like your husband already made his decision not to take you back, but you want him to, right? You want him because you were rude in the way you expressed the problem to him. Well, you can feel guilty about it; however, that is not a sin. That is a weakness. Yes, you should still repent, but please don’t confuse it with a sin.

I say tell him that you don’t want him back until he can protect you in your marriage. He is duty-bound to do as your husband. Also tell him to stop blaming you for other people’s crimes against you, even if it is his mother. If he does not want to correct his mother, a thing I can perfectly understand, he still needs to protect you. So, move you away from the source of the problem, if he can’t move the problem away from him and you.

I am sorry to be so harsh but this problem is so common and so misunderstood and so destructive. I don’t know where these mothers get their ideas from—it is not Islam. Parents are supposed to launch their kids, meaning sending them out on their own to live their own lives, not parent them their whole lives. The kids are supposed to care for the parents by making sure they are fed, clothed, sheltered and loved. Keeping company with one’s mother more than anyone else is highly encouraged in Islam, but it does not mean you let your mother run your life – or let your mother trespass in your bedroom! 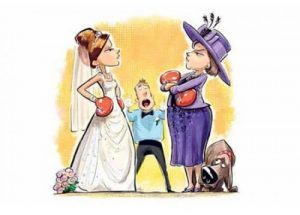 How to Deal with In-Laws Who Don’t Respect You 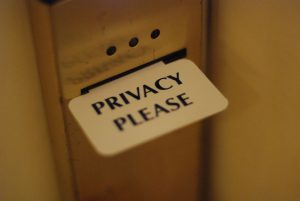