aaa
Q As-Salamu Alaikum wa Rahmatullahi wa Barakatuh. My wife admitted to me last week that she had been having an online relationship for the past 9 months via WhatsApp with a former high school flame. The news shocked me as she is very pious and I have had no reason whatsoever to believe she would do something like this. She has sworn to me that she does not love the man, has never professed any words of love to the man during those 9 months, nor has sent him any inappropriate photos of herself to him. She has, however, admitted to sending about 10 photos of herself with full hijab. I have also found out that the man had sent back one of those photos with a love poem inscribed on it. She has begged for my forgiveness and has also done tawbah to Allah (swt). She claimed that she was only looking for someone to talk to because I am not a very good conversationalist. I have now tried to remedy this by engaging more with her. I have told her that I have forgiven her, but I still feel deeply hurt about this episode to the point of crying myself to sleep while in bed at nights. The things that hurts me the most is that she admitted to chatting with the man on many occasions while I was already asleep and also while she was seated next to me as I was driving the car. I just could not believe how she can be so brazen about it. I do love her very much and do not want anything to happen to our marriage, but I am unsure if I can ever trust her again. I now get anxious whenever I see her on the phone and I am now tempted to install stealth monitoring software on her phone. We live in Australia. I am 43 and she is 37, and we have been married for 15 years. We have three children.

“Wounds take time to heal. If she truly repented to Allah for her actions, I would suggest that you move forward and closer.  Pray together, read Qur’an together, go to Islamic events together. This will draw you closer to Allah and to each other and build a stronger foundation for your marriage.”

I am sorry to hear about your wife’s online affair. These types of relations sadly occur often in relationships. While you were shocked and hurt, naturally, she did say that conversation/communication with you was difficult. While that is no excuse to do what she did as it was haram and hurtful, it is illustrative of how very important communication is in a marriage. She should have come to you stating her needs rather than committing haram actions thinking it would fill the void.

However, that is the past. In sha’ Allah she has learned from this that you are her best friend and she can talk to you about anything. She learned what a wonderful husband she has, one who loves her so much and unconditionally, that you are still with her after this big breach of trust.

In sha’ Allah, over time, this will make your marriage stronger, brother. I know it hurts and yes, it will take time to heal and build up trust again. What you are feeling is normal, brother, but in time, it will get less and less in sha’ Allah.

Wounds take time to heal. If she truly repented to Allah for her actions, I would suggest that you move forward and closer.  Pray together, read Qur’an together, go to Islamic events together. This will draw you closer to Allah and to each other and build a stronger foundation for your marriage.

As you have been married for 15 years, oftentimes both husbands and wives unconsciously get caught up in trying to maintain a household and spend less time thinking about their spouse’s needs. I pray you both can get over this as it seems you both love each other very much. Maybe this will be a fresh start in your relationship as out of pain or hardship sometimes come blessings. Perhaps, this will bring you both closer than you have been in years.

I would suggest dear brother that you both seek marriage counseling at this fragile point. You have been betrayed and hurt, and she has sought attention elsewhere via haram acts. A marriage counselor can help you both move through the process of healing as well as giving points and advice on communication, reviving romance, forgiving, and learning to trust again.

Concerning your fears of her continuing this “relationship”, I would not advise putting stealth monitoring on her phone as things have a way of revealing themselves through Allah as they just did. Additionally, it would cause more problems as you would constantly be checking it; it would serve as a reminder, and you cannot heal in a state of lingering evidence and reminders such as a monitoring device. There is no need brother. Should she talk to another man again, you will know, and should she do this again, you may want to consider your options. However, it is my feeling that it is a onetime big mistake and in sha’ Allah she has learned from it.

You sound like a wonderful husband brother, please let time heal, and give this to Allah (SWT) through prayer and du’aa’ as He knows best. You are in our prayers. Please let us know how you are doing. 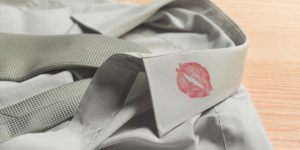 Got a Cheating Spouse? Here Is What To Do 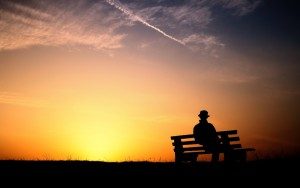 Wife Cheating on Me: What to Do?